I have come to have high expectations of Tin HiFi, thanks to their highly successful T2, T3 and T4. The company seems to have lost its way, though, with the launch of the T2000 first and now of the T5. In fact, when I first tried the Tin HiFi T5 I immediately found them to have a few glaring issues, thanks to a peak in the treble area that left me with a ring in my ears for hours. So much for great expectations, eh? But a review has to go beyond the first impression, so I gave the T5 some listening time – and after more than a month of usage, here are my impressions.

Disclaimer: Linsoul shipped a free sample my way, my thanks to them. The T5 retail for $129.

Tin HiFi has been evolving in the way they do packaging and the T5 has the most elaborate box and most complete set of accessories so far. The cardboard box has a 3D texture applied on it and contains the earphones with their detachable cable, a faux leather case that’s almost identical to the one included with the T4 (it’s white instead of brown), plus a complete set of eartips which includes three sizes of black silicone tips, three sizes of mixed silicone tips (hard inner bore, soft outer dome) and a single size of foam tips. There’s also a set of tweezers, a small brush and spare caps for the nozzles of the earphones. 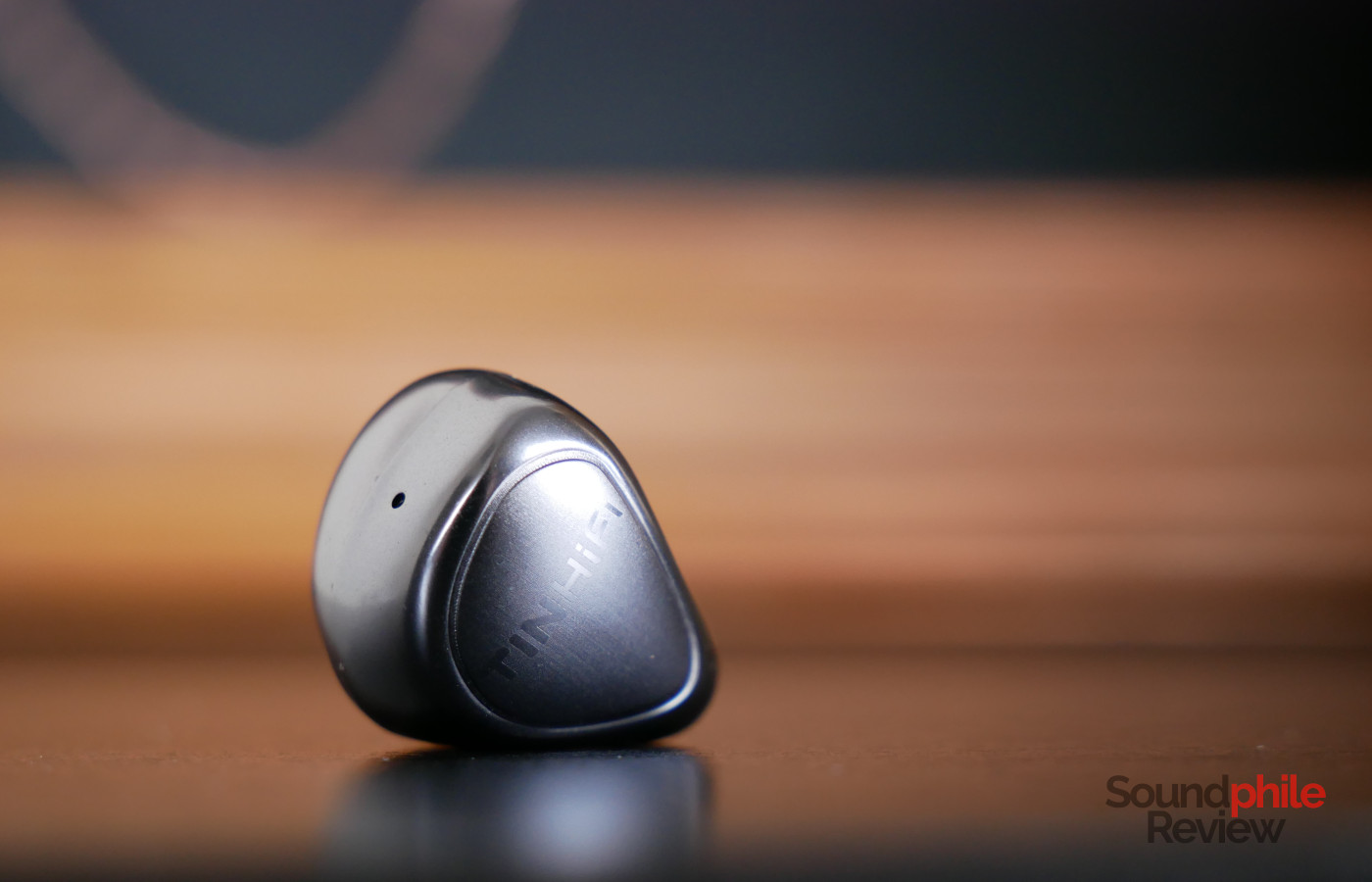 Tin HiFi decided to stop experimenting with weird shapes with the T5: they took a rather common IEM-like design and placed their logo on it. That’s a drastic change of direction compared to previous earphones, but also one that makes the T5 align with the rest of the market and provide arguably more comfort. 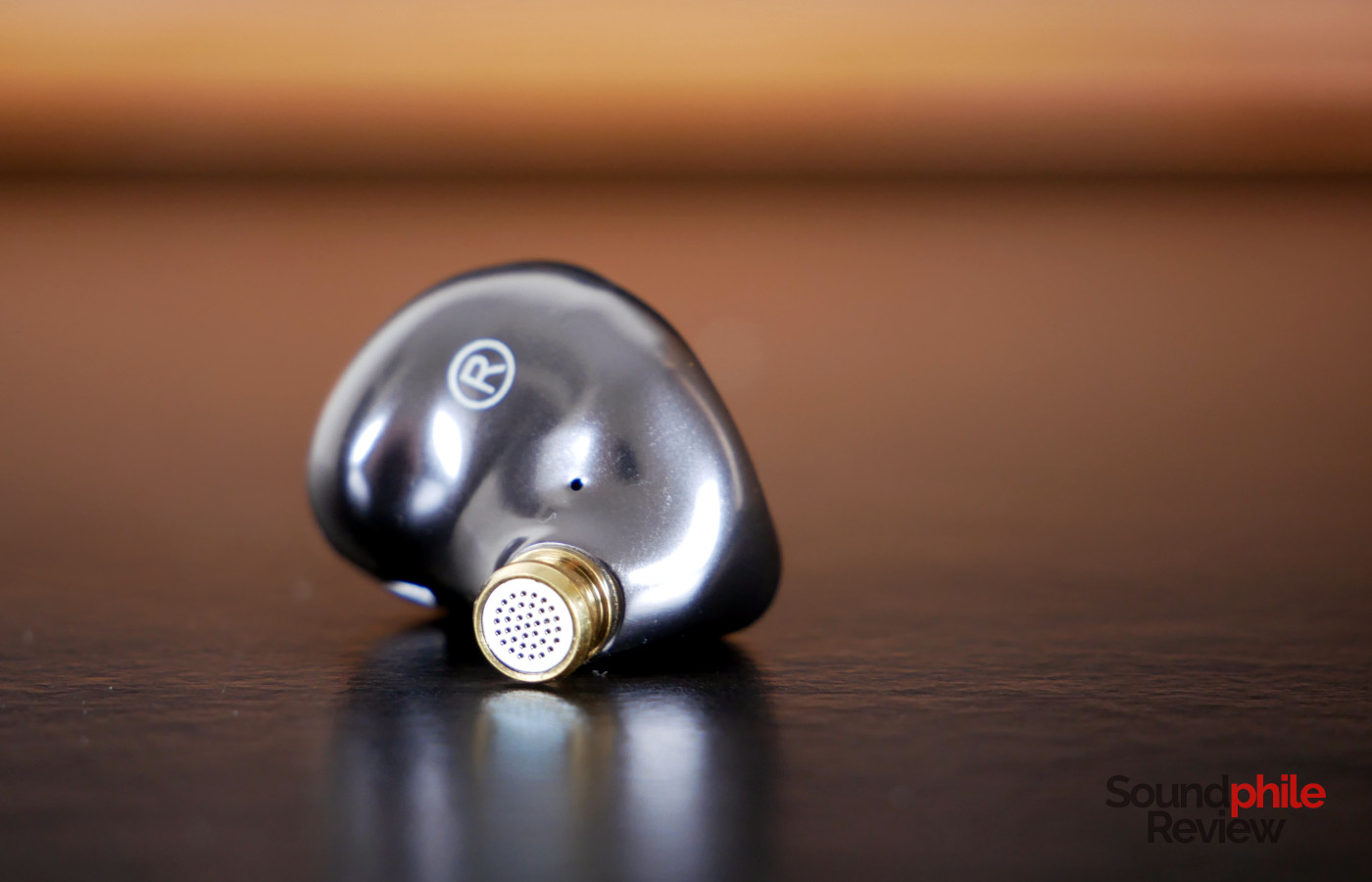 The Tin HiFi T5 are entirely made of polished aluminium, which does make them look and feel like a premium product. Assembly is quite good and the seams between the parts are barely visible. There’s a glaring issue with the nozzles of these earphones though: they don’t hold the eartips. I frequently (as in “almost always”) found myself taking the earphones off, only to have the eartips remain in my ears. Not exactly convenient! The issue is that the eartips’ inner bore is too large and therefore they slip off easily; this could be easily solved by providing smaller tips.

I like how these fit, even though I see why these could be not everyone’s cup of tea. The traditional IEM-like shape, coupled with the rounded curves and the relatively small size, makes these earphones quite comfortable: I can wear them for more than three hours without feeling any fatigue or discomfort as a result, which is quite good. Comfort is highly subjective though, so your experience may differ from mine.

Isolation is quite good actually and I can wear the T5 knowing that sounds from around me won’t bother me too much – I’ve had people renovating the flat above mine and I would be barely hearing anything, so that’s something! 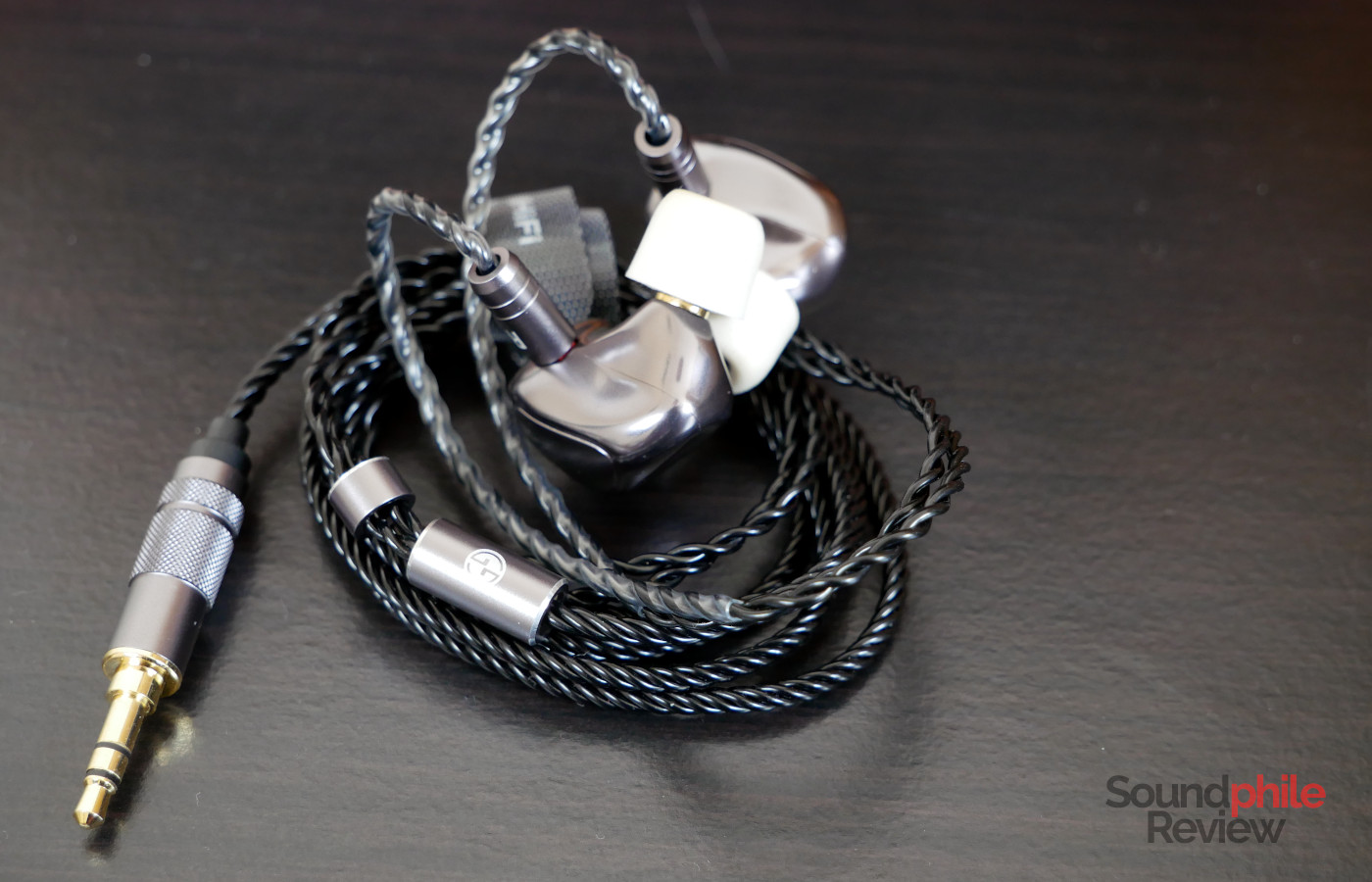 The cable is nice, but entirely in line with the standard of this price range: it doesn’t have any special feature to stand out; in fact it’s a bit thin compared to other cables I’ve seen (and even compared to the T4’s!), but at least it’s soft and its metal housings lend it an aura of solidity and durability.

I tested the Tin HiFi T5 using mostly a Topping DX7 with a Drop THX AAA 789 amplifier and FLAC files ripped from CDs.

Contrary to previous generations, the Tin HiFi T5 has a generic V-shaped signature with some issues that include an upper midrange and treble areas that are too emphasised.

Soundstage on the T5 is very large for an in-ear, with space extending laterally as well as in depth, though the latter dimension is just hinted at. Imaging is decent, but still limited as the instruments appear compressed in their placement and without precise locations. Instrument separation is marred by the excessive amount of bass, which makes the sound as a whole muddier and less clear than it should.

Bass is quite prominent in the middle area, where it hits its zenith, but it’s actually emphasised throughout its whole range. While it never becomes dominating and excessive, it certainly has a large presence in the mix – so large that it manages to muddy up the sound. As soon as bass starts in a track it makes the entire sound more compressed and muddier due to its sheer quantity. Quality is another matter and it’s quite decent, with sufficient speed of transients and a relatively fast decay. Detail is in line with expectations from earphones in this price range: it’s decent, but it gets a bit lost as soon as the track becomes complex.

Upper midrange is absolutely dominating the rest together with treble and becomes quite fatiguing very quickly; the only solution I’ve found to counter this is to reduce the volume, but this makes the lower area and bass almost disappear. That’s quite an issue as the tonality is completely altered and not necessarily for the better. Listening to tracks such as Snarky Puppy’s Bent Nails is not as pleasant as it should due to the trumpets and cymbals being overly emphasised. In Skate U, from Snarky Puppy’s Tell Your Friends, the trumpets sound odd and almost out of tune (for lack of a better expression), with a harsh component that is just not there on my reference headphones and speakers (e.g. HiFiMAN HE-560 and IK Multimedia iLoud Micro Monitor). On the other hand, physicality is definitely good with transients being fast and decay that’s fast-yet-not-too-fast. Detail is quite good and in line with expectations – which is, no micro-details.

Treble is quite emphasised and lacks finesse, with details being smeared and appearing as a sludge of sounds with little intelligibility. In a track such as Meniscus’ Fingers you can clearly hear the cymbals being overly prominent while lacking the resolution needed to differentiate individual hits. This is not the greatest problem treble has, though, as it is really emphasised with multiple peaks occurring (e.g. around 5 and 8 kHz) that make cymbals and other high-pitched instruments quite sharp and often harsh.

Here’s a brief comparison with other earphones:

Tin HiFi seems to be making the same mistake that so many companies that find success make: they think that since “the public”, in the broadest sense possible, likes things a certain way, then they have to meet these expectations even if this makes them go against what they’ve done in the past. We’ve seen this so many times in video games, as an example, with the developer studios being bought by big-name publishers who then impose a completely different approach – one that usually results in sequels that suck compared to the original game (I’m thinking of Mass Effect, as an example). Tin HiFi hasn’t, to the best of my knowledge, been bought by anyone, but they surely did the same: they tried to make a product that would appeal to a broader public, not realising that doing so makes them unpalatable to the public they already had – and that they are then no different from the countless names that already populate the audio space.

The Tin HiFi T5 is not that interesting even when considered in a vacuum, as they have glaring issues which can’t be ignored. When considering they come from Tin HiFi and that they cost $130, then it becomes clear there’s something weird going on. I’m giving these an overall 6/10 because they do have some positive things that need to be taken into account, but I do not recommend you to buy them. There are way better earphones out there, even at a lower price point. If you really want something from Tin HiFi, just get the T2 or the T2 Plus and you’ll be better off.