Anyone who has owned headphones has found themselves in the odd situation of not knowing where or how to store their headphones. The problem is easily, swiftly solved with a headphone stand (or, if you prefer, a headphone holder). Who would have said, right? Sarcasm aside, headphone stands are a good way to not only have a place where you can put your headphones, but also a good way of preserving them and make sure they last longer. Why so? Because when they rest on a stand, headphones typically are in the ideal condition where no stress is applied to any part… and they also are less prone to accidents.

There are two basic shapes to choose from: one is the hanger model, where the headphones hang from a single point which is usually on top; the other is the head-like model, which uses a shape similar to the human head. Each of them has their pros and cons. I hope this mini-guide will help you choose the best headphone stand for your needs – feel free to ask for additional information in the comments.

This is probably the largest selection among headphone stands as there are various types of hangers: there are those with the support beam in the centre, those with it on one side, those with it on both sides. There also various sizes, so that even larger headphones can be hung. They can be made with a wide variety of materials: plastic, metal, wood and combinations of those are all widespread.

There are a few factors to take into account when considering a hanger:

The first stand works well with almost any headphones: I use it mainly with my HiFiMAN HE-560 and it works even with them, though they are large and tall. It can be used with headphones such as the Sennheiser HD 6XX, too, and even with the extremely large HiFiMAN Arya, though in that case you need to remove the cable. The support beam is on one side, so it doesn’t get in the way with headphones whose pads tend to press against each other (such as the aforementioned HE-560 and Arya). This one in particular is entirely made of aluminium, with the support on top having a small faux leather patch.

The second picture shows a stand with a central support beam, which works well with headphones whose pads do not press against each other. The top support is made of rubbery plastic that deforms to adapt to the shape of the headphones, and can therefore accommodate many different headphones. In this case (and only for display purpose!) it is holding the AKG K7XX, although they have a suspended band design. As you can see, the stand is not tall enough to hold the K7XX by the frame, nor would it be able to do so because of the headband getting in the way.

The third design is a different iteration of the second one, with the supporting beam being duplicated. This design is especially effective when holding large, heavy headphones which require a solid structure. The only limit is the width of the pads: larger pads would press against the beams and over time they could be deformed by them. It’s a design for those who prefer wood to metal or plastic. (A funny note is that my unit came unassembled and I had to supply my own screws to assemble it.)

My suggestion is not to buy stands made entirely of plastic as they tend not to be as durable and resistant as those made of metal, plus they feel cheap. A simple stand made of aluminium like the one in the first picture is more solid, feels more premium and is also affordable, so there is no solid reason to choose a plastic headphone stand.

The units on show are available on Amazon, BangGood and BangGood. They are all pretty cheap, as they are available for less than $15 (and that was the main reason why I bought the first, only to find it was actually good). 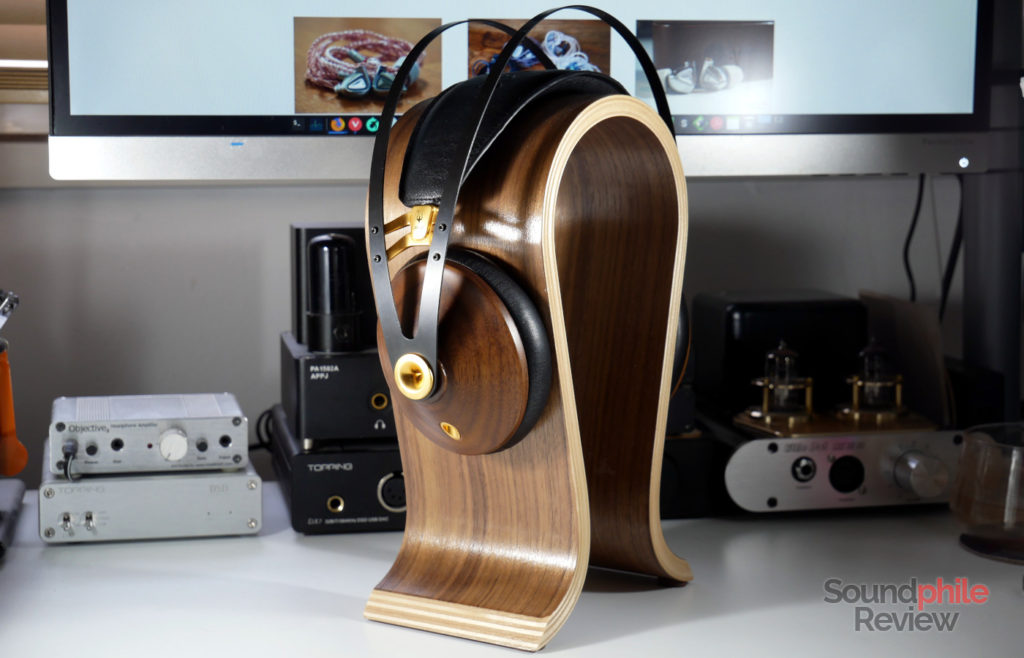 This particular design has been an all-time favourite by many audiophiles due to it being really scenographic. Headphone stands like this are arguably the best way to display headphones as they are often made of good-looking woods and they portray headphones the same way as if they were resting on one’s head. And they have that luxury appearance that many audiophiles are after.

The main pro of the head-like headphone stand design is that it emulates the human head and makes headphones rest on it as if they were resting on a head, which makes them “break in”. The explanation is simple: the more you use headphones, the more earpads and other elements deform and adapt to the shape of your head. This can be either a good thing or not depending on the specific headphone model and to one’s preferences. Some argue that this is the most “natural” way of storing headphones because of the similarity to how headphones rest on one’s head: they tend to adapt to one’s head better, theoretically, so they are more comfortable.

That’s not always true, though: headphones with especially large pads may exceed the size of the stand, with pads being deformed by the fact that a part goes over the edge (that happens, as an example, with the Spirit Torino Twin Pulse). Some earpads are also more prone to deforming and this type of stand is therefore not recommended.

Contrary to the previous ones, this is a bit more expensive as it retails for $30 on BangGood. There are cheaper alternatives, but they are not usually worth it.

There’s a new kind of stands on the rise: the standing stands. Although this might seem like a play of words, it’s actually an accurate description of what these stands do: they allow your headphones to stand on the earcups, preventing any strain from building up on the padding and thus preserving your headphones for longer. 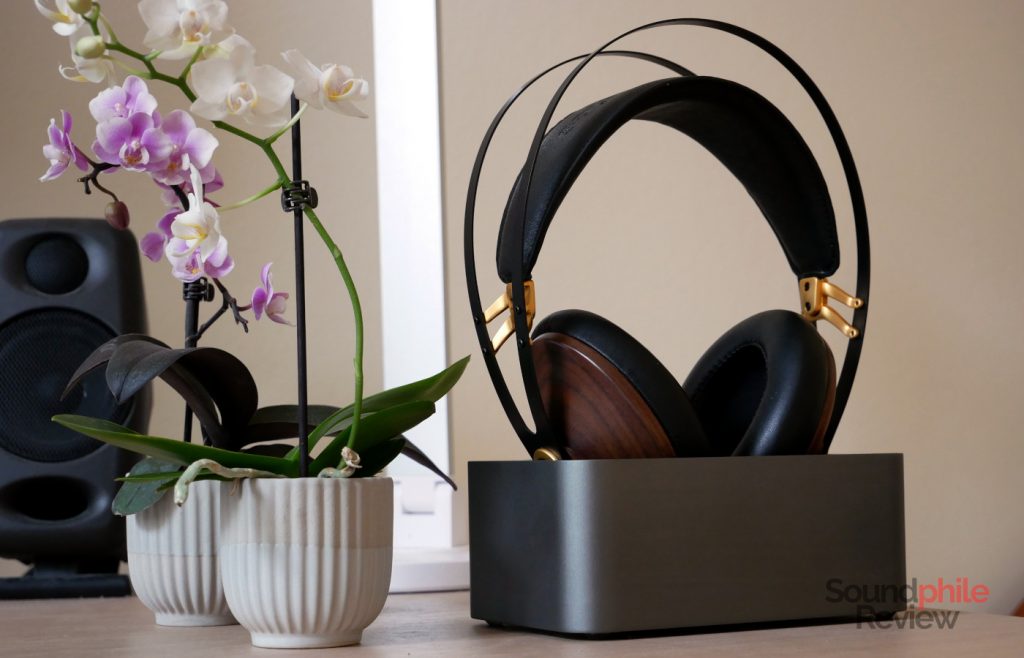 The first example of a standing headphone stand that I’ve come across is the TrueStand, made by the British company, Neederland. This stand is made of aluminium and foam and has magnets to make the Apple AirPods Max go into low-power mode automatically. The most important bit is that it is made in a way that makes the headphones stand on their earcups without introducing any deformation or strain on the earpads and on the headband, so it’s actually the best kind of headphone stand when you take this particular aspect into account. While the head-like stands allow your headphones to “break in”, standing stands make the padding bits last longer and are better if you have already used your earphones for some time.