The budget audio market is sometimes surprising in that there are unknown companies popping up with interesting products at low prices. The RevoNext QT2 are one of those products; the previously-unknown manufacturer RevoNext (who claims to design the earphones in California) debuted with a fun-oriented IEM that challenges blockbusters such as the KZ ZS6 with similar design, good build quality and likeable tuning.

Much like Ben O’Reilly and all those Spider-Man clones, the fact that you won’t find identical qualities and abilities in clones does not mean that they are worthless – quite the contrary, in fact.

Disclaimer: AK Audio provided me with a free unit in order to publish the review. You can find additional information on their AliExpress store. If you write the code “SoundphileReview” in the message field when you order and select “other payment methods”, then you will be able to snatch them at $35 – AK Audio will manually adjust the price after you hit “place order”. It may take some time, so don’t pay just yet and wait for an email confirmation of the discount being applied. 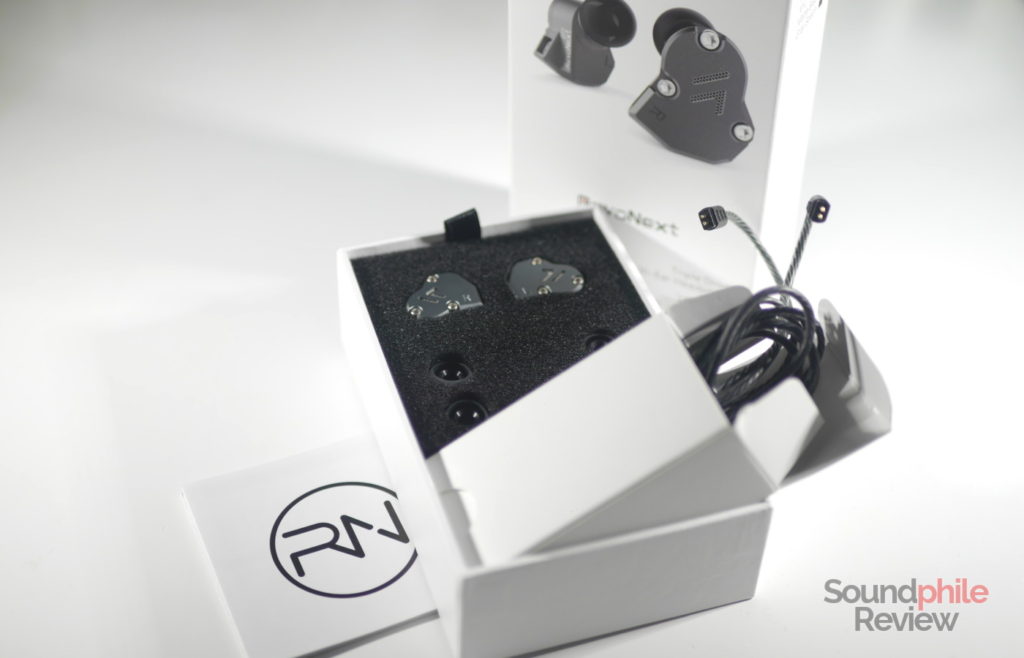 RevoNext mimics KZ even in their packaging and accessories; the cardboard box holds the earpieces, the cable (with a Velcro strap) and three eartips pairs. The main difference is the fact that both the earpieces and the eartips are held by foam instead of a plastic tray; the result is much cleaner and more premium-looking than KZ’s packaging. 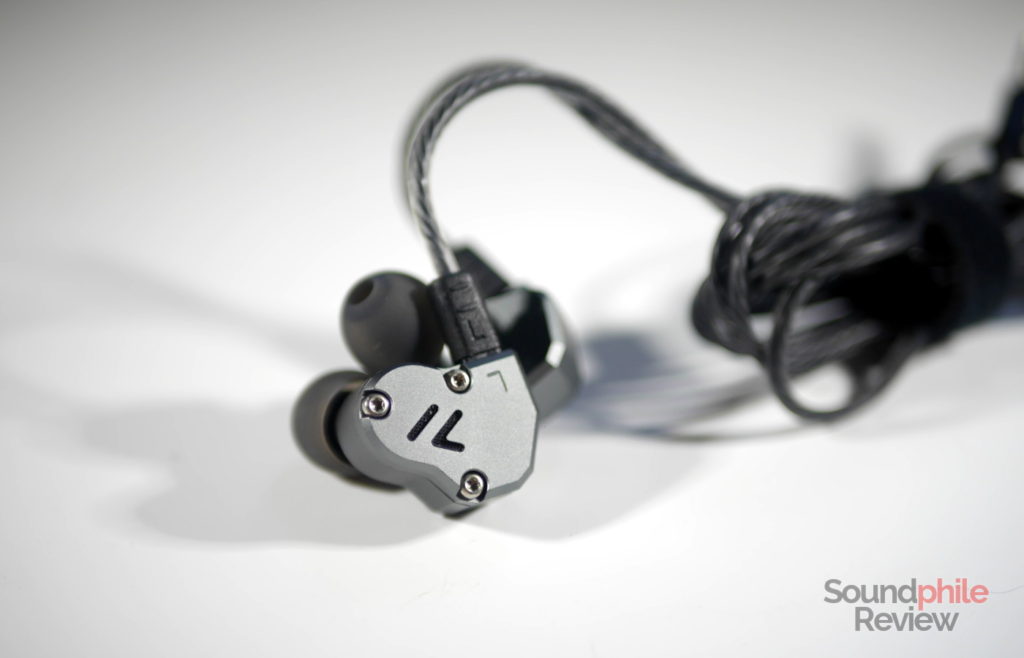 In terms of design, the RevoNext QT2 are incredibly similar to the KZ ZS6, which in turn are an almost perfect copy of the Campfire Audio Andromeda. The QT2 is different in that they are a bit smaller and they have rounded shapes that make them distinct in their design. As the ZS6 experienced great success, at least in sales figures, I think the QT2 were developed as a directly competing product that would target the same users – and, in this sense, I find it not surprising at all that they are marketed as “a better alternative to the ZS6”. The resemblance is striking and obvious, and so is the will of the manufacturer to eat a slice of the same pie.

The QT2 do better on the build quality front, as they appear more solid and durable than the ZS6 – though this is a tough battle as the ZS6 are indeed well-built. The housings are made of CNC-cut aluminium, with a matte finish (in two colours: black or dark grey). The only complaints I have are about tiny misalignments in the parts, but they’re so small they are more of an OCD aesthetic issue than anything. 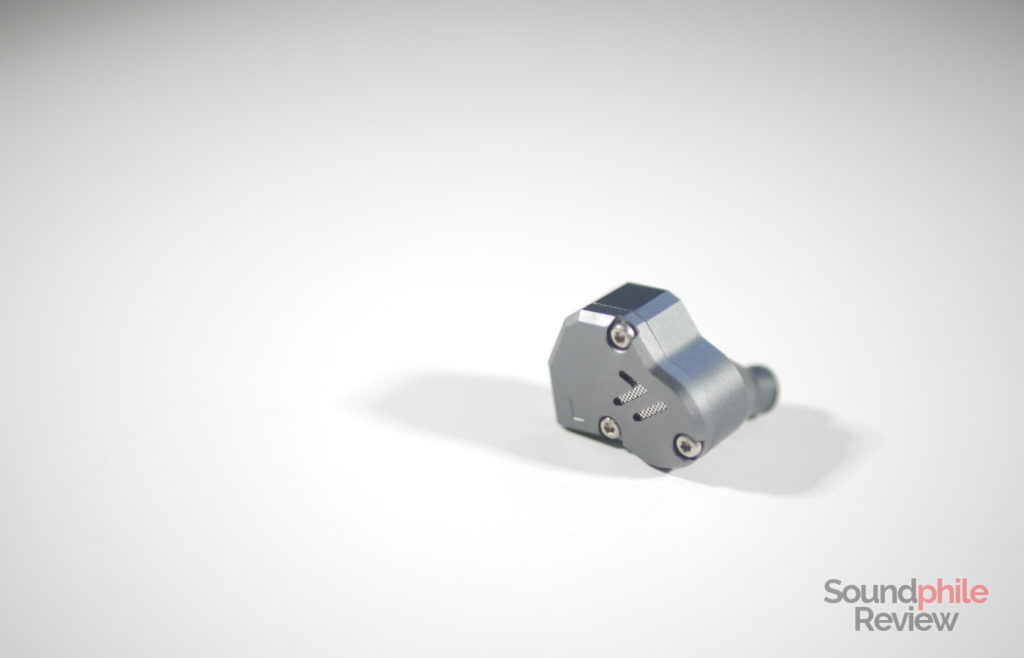 The vents on the back of the housings are shaped as if they were the cursive word “IL” (which, incidentally, is an Italian article). Behind them there is a metallic mesh that prevents dirt from entering the housings. The 0.75 mm 2-pin connectors are recessed, so they need cables to fit the socket – those I own, the AK Audio 4-core 7N copper cable and Yinyoo 8-core SPC cable, both fit without issues, so it shouldn’t be a problem to find compatible cables.

Comfort is (unexpectedly) quite good: I can wear them for a couple hours before I start to feel any annoyance; in fact this is a bit surprising given all the clear-cut edges on the housings and their relatively large size, but they are really comfortable to me. In fact they are way better than the ZS6 and what makes me wonder is the fact that the ZS6 are actually the same size; I suspect that the culprit is the ZS6’s inner part of the housings which pushes against my pinnae and creates irritation – the QT2 are instead flat and therefore do not have this problem. As usual, I remind you that comfort is extremely subjective and that my considerations may not apply – there are people (though they are scarce, from what I read) who find the ZS6 comfortable.

As the RevoNext QT2 could be categorised as semi-open headphones, given their large vents on the housings, the subsequent isolation provided is limited. They are not ideal for noisy places, unless you’re willing to crank up the volume a few notches. 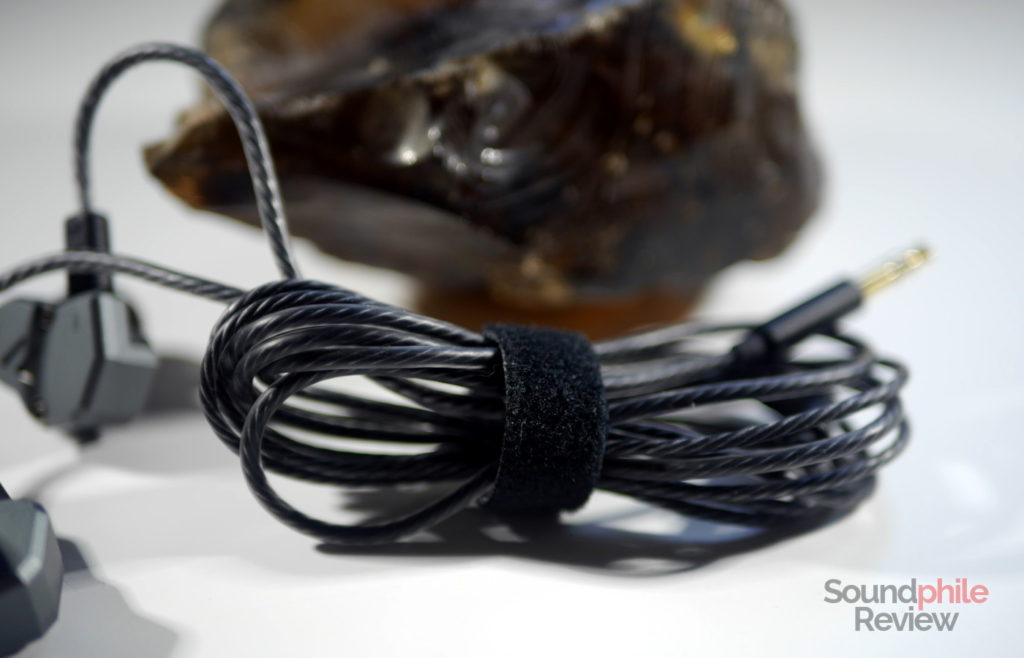 The cable is thin and a bit stiff; it suffers from the way it is packaged as it is full of kinks all the way from the jack connector to the other ends. Being it thin it does not inspire too much faith in its durability, either.

The sound signature is unmistakably V-shaped. The RevoNext QT2 have powerful lows and vivacious highs that add fun and engagement without stealing too much focus from the mids – anyway I wouldn’t consider these as reference-tuned nor ideal for critical listening due to the heavily coloured signature.

I admit my expectations were low when it comes to the more technical aspects such as soundstage width, imaging and instrument separation. It was much to my surprise that the QT2 presented me with a decently large soundstage that made me feel in the centre of the scene and surrounded by music, instead of hearing it as if it was inside my head. There’s no comparison with full-size headphones, of course, but the results are quite promising for a budget IEM.

Similarly, imaging is precise and lays instruments across the soundstage with good precision; it should be minded, though, that you won’t have incredibly accurate positioning that lets you feel like every instrument of the orchestra has its correct place, but you will be able to roughly discern the position – which is more than expected at this price point.

Instrument separation is where the QT2 are less ideal: the three main areas (bass, midrange, treble) are indeed well-separated and don’t leak into each other, so you don’t have lows covering mids (too much) nor confusion in the transition from higher mids to lower treble; inside those areas, though, the situation is not so clear and dense tracks can really put the QT2 to the test, highlighting their limits in keeping the presentation clear.

Bass is remarkably boosted and remarkably extended, too. The RevoNext QT2 easily reaches 30 Hz with good presence and authority and then it even goes down to 20 Hz, though the roll-off is pretty sharp. Thanks to this, there is a lot of rumble and punch that make you feel the bass – we’re definitely in a territory bassheads would enjoy. On top of good extension, there’s decent control, too: the QT2 are not as fast as other, more expensive options out there (e.g. IMR Acoustics R1), but they hold their own as there’s never the impression lows being flabby or muddy – on the contrary, the fine texture is an indication of the success of the dual-drive design. Despite being emphasised, it never feels like it is excessive or prevalent; in fact, mids always come out as clearly heard and are never overshadowed by the lows.

Midrange is recessed, but not dramatically so. In fact it sounds just a bit more in the background than it should, without creating too far-sounding vocals and instruments or letting it be subdued by bass. In fact I could notice this recession only in tracks with heavy bass, as tracks without a massive bass presence sound good – though the presentation is inevitably warm. All in all, mids are pretty good – they’re not excessively warm and therefore are decently balanced, they’re detailed enough to let you hear most details with ease and they’re fast enough to give transients enjoyable impact.

Treble comes out as prominent, to the point it has that “in your face” feeling. It is not harsh, but it is a bit sharp and sibilant. It appears very detailed and it is detailed, but I suspect that this appearance is mainly due to the emphasis and not to inherent qualities. In the long run it can become a bit fatiguing, but that’s mostly because of its sheer quantity and not due to strange spikes. Its extension is very decent and the roll-off appears to be slow as far as I can tell (I can hear up to ~16,500 Hz).

Genres where bass is the main ingredient are the QT2’s territory – whether you want to listen to Massive Attack, trance, hip hop or metal, the QT2 will really let you delve into the music. They’re pretty impressive as gaming headphones, too.

As far as neutrality and accuracy is concerned, the RevoNext QT2 are not that good. But when it comes to engagement and fun, they’re really great and they provide a lot of entertainment backing it up with some unexpected technicalities that can appeal to audiophiles, too, and not just to people looking for some budget audio fun.

My overall judgement is positive and, in fact, I prefer the QT2 over the ZS6 for most aspects. Though they’re not really meant for critical listening, they are quite good for day-to-day listening and for being moved by music. They offer quite a bit of value, too, as they are affordable yet well-built, good-sounding and comfortable. They may be the copy of a copy, but it seems they are the better copy.