Probably thanks to the ready availability of manufacturers, more and more Chinese online shops are offering their own line-ups of in-ear headphones. NiceHCK has been offering earphones under their their own for a long time now and some have been quite remarkable. The NiceHCK NX7 Pro received quite a lot of attention because of their affordable price and exotic driver combination, but alas they fail at providing a superior listening experience.

Disclaimer: HiFiGo provided a free unit for the purpose of this review. They sell the NX7 Pro starting at $99, also on their website. 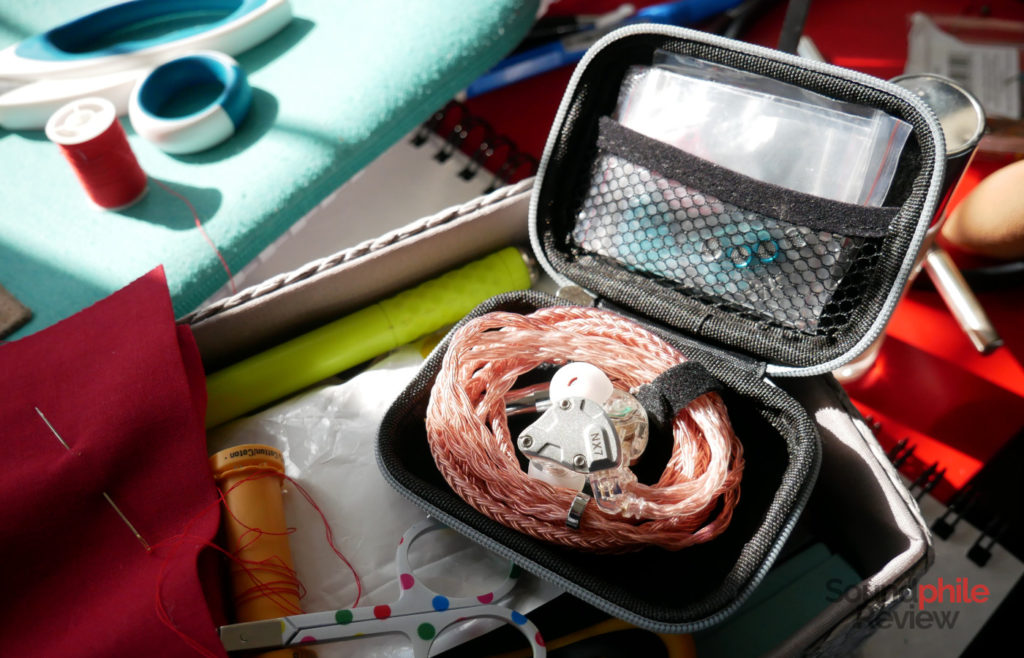 Surely NiceHCK wanted to impress with the accessory set: the NX7 Pro feature three different filters and a set of three metal faceplates in matching colours (silver, blue and red). There are also a hard carrying case and a screwdriver to replace the faceplates. 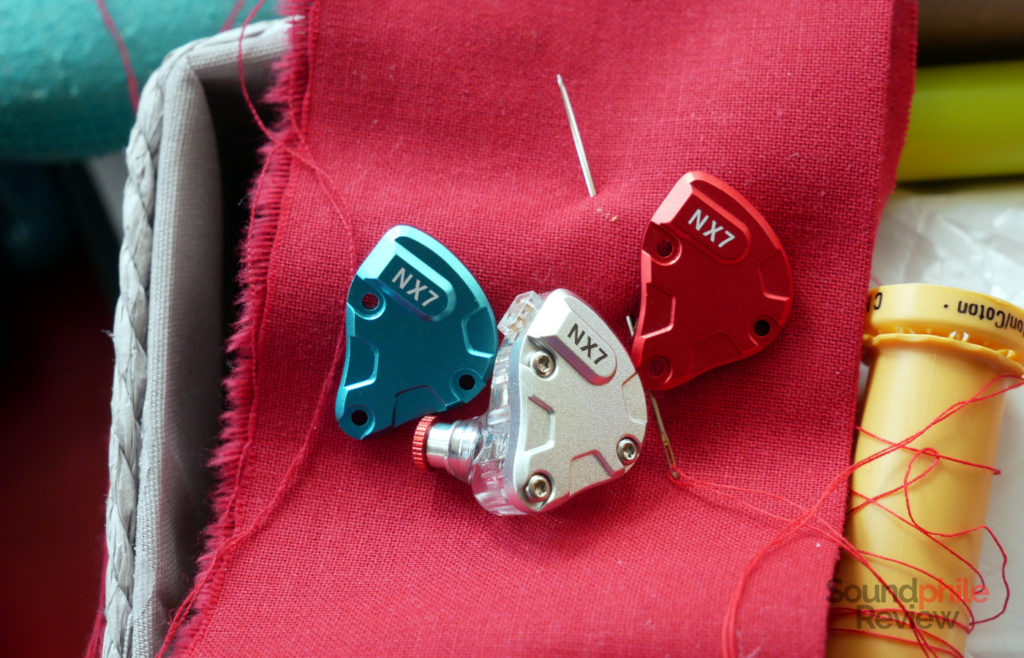 In terms of general design the NiceHCK NX7 Pro do not appear as especially original nor particularly elaborate. They’re fairly simple, with the shells made of transparent plastic and the faceplates made of metal (presumably aluminium). Three removable screws hold the faceplate onto the shells. What’s cool is that the faceplates are replaceable, so one can customise them the way they want (e.g. using a red one on the right and a blue one on the left). 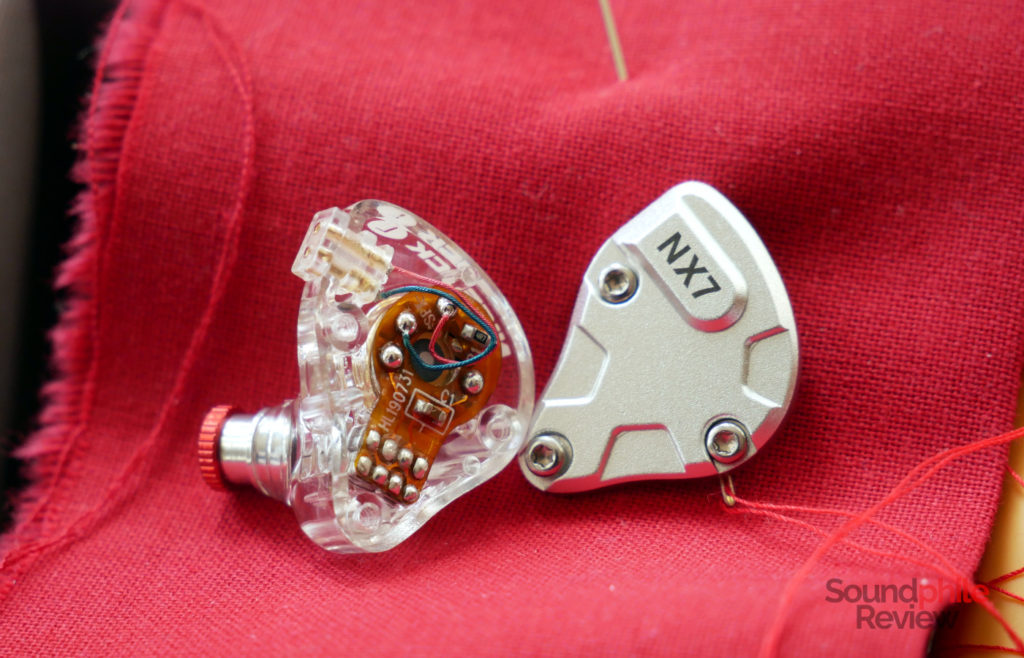 I find it especially interesting that removing the faceplates exposes the innards completely: the PCB that connects to the ceramic driver is in plain sight and could theoretically be removed to further expose what’s underneath. To someone like me who’s always been curious about disassembling stuff this is wonderful. 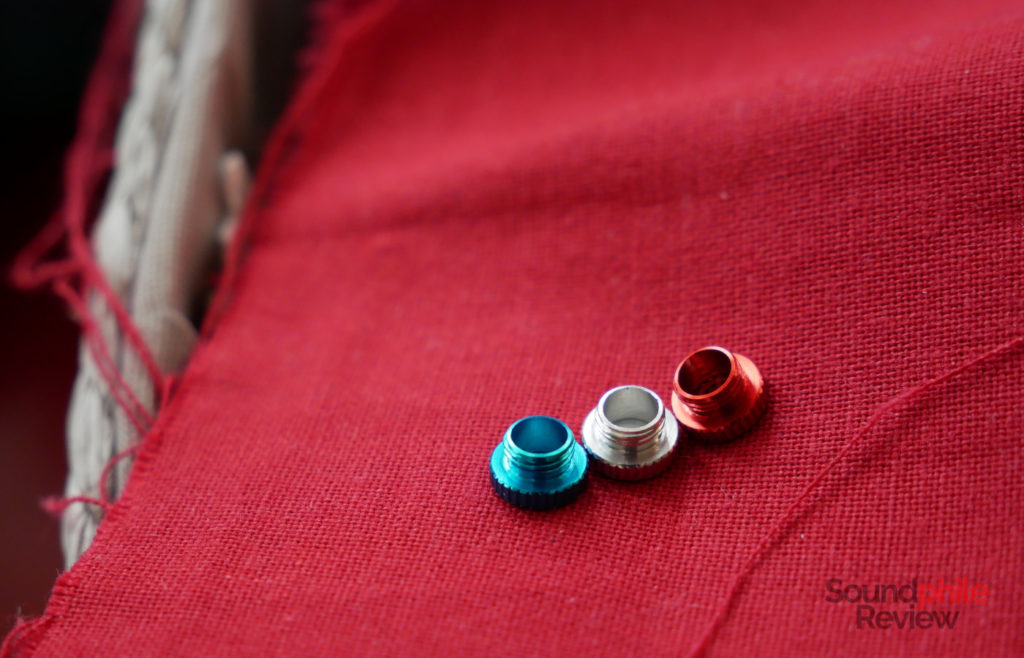 Another thing that stands out is the fact that the metal nozzle has a removable filter at its end, so one can change the tuning to their liking.

It seems to me like the NiceHCK NX7 Pro are built to more than decent standards, with out any apparent flaw in their assembly. On the contrary, given their price they’re pretty well made. 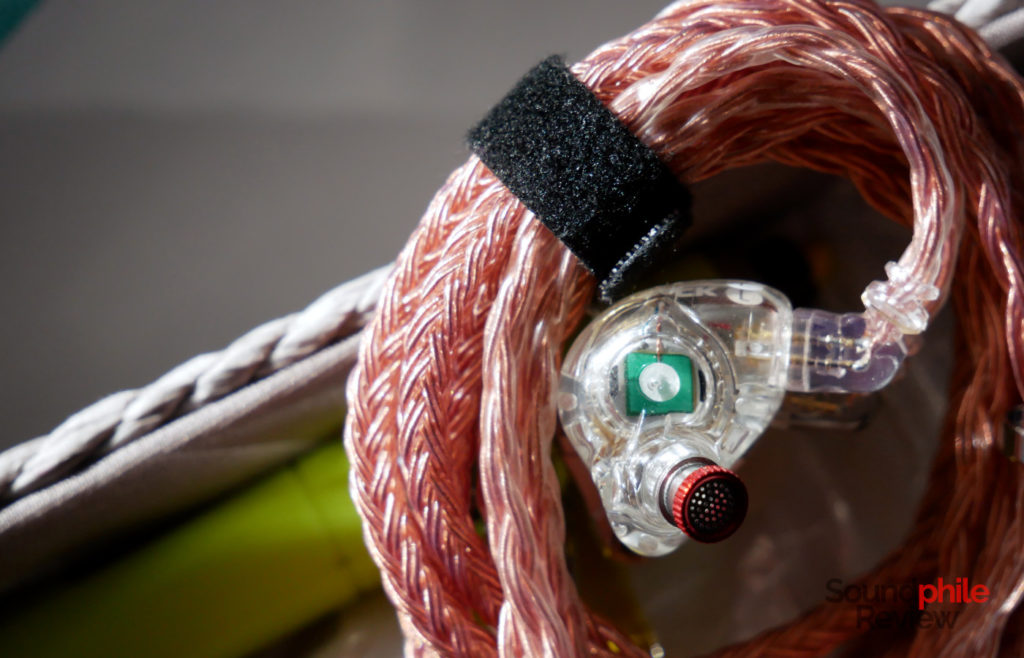 The NiceHCK NX7 Pro are quite comfortable even in the long run, thanks to their small size and rounded shapes. The cable also contributes to this as it is quite soft. Comfort is deeply personal though, so take my words with a pinch of salt. 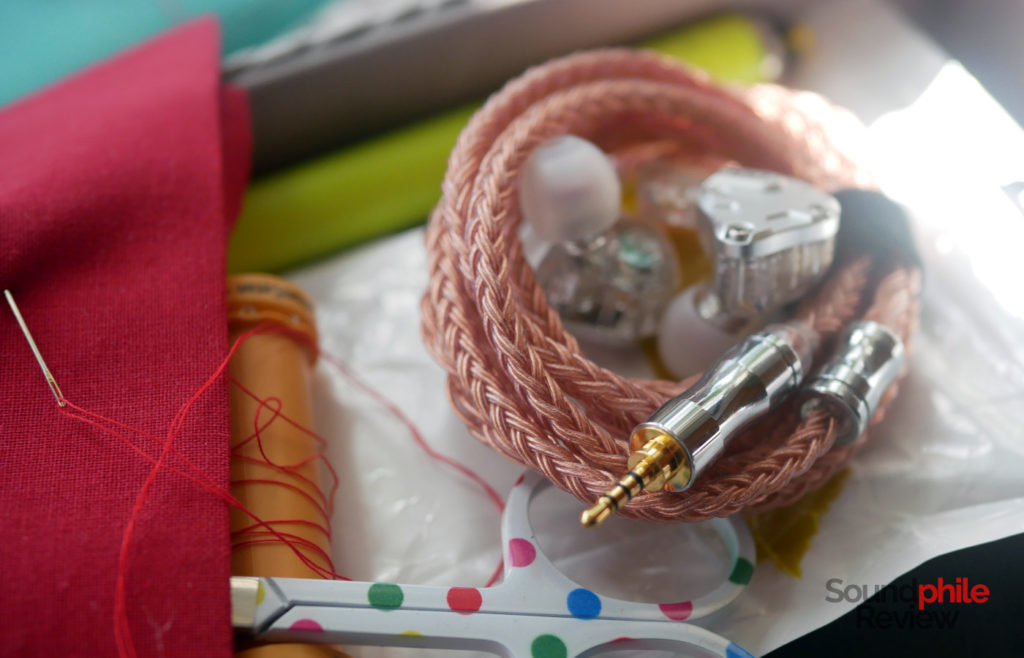 The cable is quite nice and appears to be like one of those aftermarket cables you can buy for ~$50 – it’s in fact similar to the cables I’ve reviewed so far in that price bracket. That’s quite a good addition to a product that’s just ~$100. It has 16 cores, woven in pairs, with eight cores per channel after the Y-split. The individual cores are not really thick, but the thickness is made of copper for the most part as the plastic sleeve is really thin. While this means that the cores can theoretically be damaged more easily, on the other hand this gives better softness to the cable and it means that the cable is actually good quality – it’s always better when copper makes up the bulk of the thickness in a cable.

I tested the NiceHCK NX7 Pro with an iFi hip dac, an EarStudio HUD100 and a HiBy R5. Source files were the same across all devices and were mainly comprised of 16 bit, 44.1 kHz FLACs.

The NiceHCK NX7 Pro uses a total of seven drivers per channel: two dynamic drivers for bass, four balanced armatures for midrange and treble and one piezoelectric ceramic driver as a super-tweeter. It’s a fairly unusual design, especially in this price bracket.

The following analysis is done using the so-called “reference” silver filter. Spoiler: there’s nothing “reference” in this tuning. The signature of the NX7 Pro is alas fatally flawed: although bass and midrange are okay, highs have abnormal peaks that make listening to music with these earphones very fatiguing. It seems like this is caused by the ceramic driver, which I’ve only ever seen being properly tuned once, in the IMR Acoustics R1. Those earphones appear to be the exception to the rule, as all other earphones with a ceramic driver I’ve ever tried were plagued by issues with treble (RHA CL1 Ceramic, LZ A6…).

Technical ability is quite decent: soundstage has good width and a hint of depth, imaging has decent accuracy in instrument positioning, instruments are well separated.

Bass is decently deep, reaching down to 30 Hz with good sufficient presence – though the peak is around 80 Hz and there’s a slope going down with frequency. What I like about bass is that it offers decent quality with enough depth and physicality for it to be felt, while offering a very decent amount of detail. It is clearly audible in the mix, even at low volume. It’s definitely more than in an ideal neutrality setting, but it’s not exaggerated so it’s still enjoyable. It’s powerful without being overbearing, so it gives you good immersion while not leaking over midrange.

Mids are fairly interesting in that they offer a very decent amount of detail and separation, with fairly good speed on top. They’re well tuned, with no single part that emerges from the mix and a resulting decent clarity. Being the mids produced by balanced armatures they’re not really physical, so even drumbeats are fairly “flat” on that front. Alas mids are a bit recessed and this makes them sound slightly distant.

Highs are so prominent that you only hear them at low volume so you need to raise the volume to also hear midrange and bass, but highs become almost painful by the time you hear the rest. There are multiple peaks in all areas of treble, and in particular in the upmost regions, which make sound especially fatiguing. I feel like a pressure on my eardrums which is quite fatiguing. I find it quite astonishing that despite this emphasis there’s a relatively low perceived level of detail.

Let’s pit the NX7 Pro against other products in a similar price range:

Choice isn’t that great when you have to choose between things that aren’t that great in the first place. So even though the NiceHCK NX7 Pro offers choice in terms of tuning, all the choices appear to be somewhat ruined by the large spikes in the treble area which make everything else almost irrelevant due to the large fatigue they impose on the listener. Although the NX7 Pro are more than decent in multiple regards, their flawed tuning can’t be saved by the filters and condemns them to irrelevance because the alternatives offer better tuning and technical ability that is at least comparable for roughly the same price.