There are companies that deliver on their promises, and companies that promise to deliver. Venture Electronis is part of the first group: they promise to deliver high-value products and they do. I tested almost the entirety of their line-up, excluding their high-end products, and I’ve never been disappointed. But it’s their lowest-end products that are most exciting, as they have great audio quality for the price. The Venture Electronics BIE, short for Bonus In-Ear, were born as a bonus product with their amplifiers, but then went on to be one of VE’s best-selling products on their own. They’re IEMs, which is a bit uncommon in VE’s line-up, but they demonstrate that the company can do something good even in this space.

Disclaimer: Lee kindly sent me a free unit so that I could test it. He sells the BIE on VE’s website at $20. 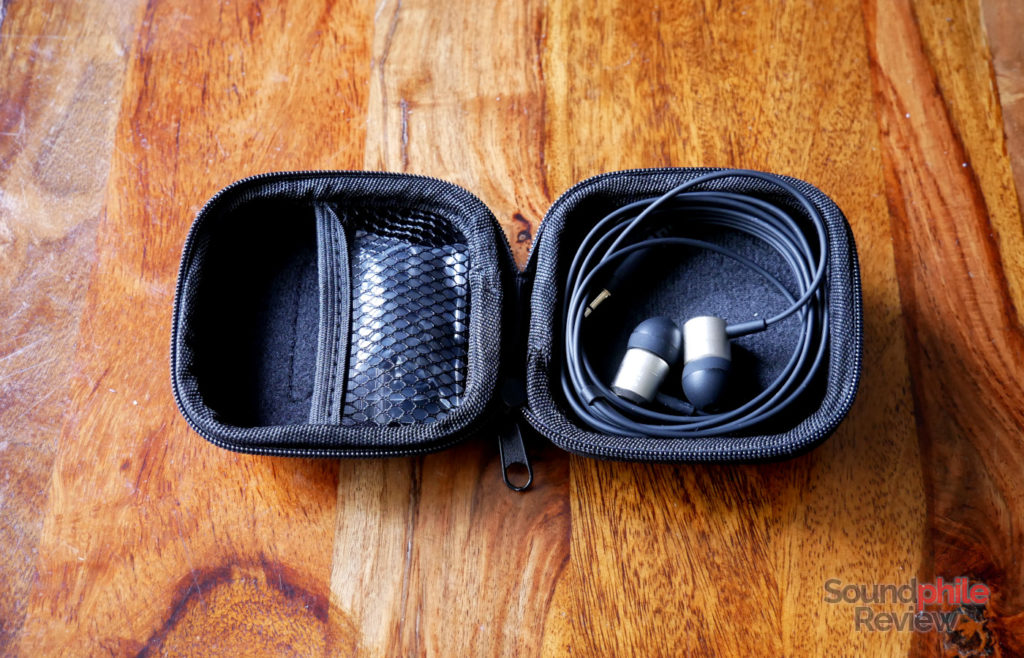 The Venture Electronics BIE comes in the usual jeans-coated VE carrying case. Inside it are the earphones and three pairs of eartips, all single-flange black silicone. 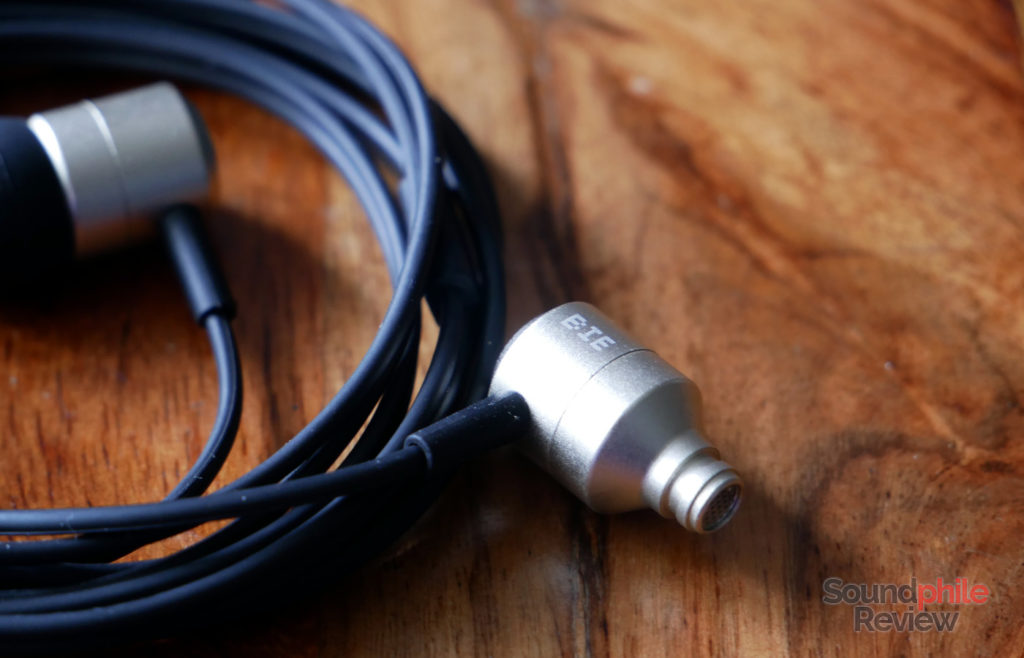 Whereas previous IEMs by Venture Electronics had a distinctive design, either CIEM-like or completely original (e.g. the Monk IE), the new BIE are similar to other products already on the market. That’s because they have a design that reminds of a piston, which is also used by other companies such as 1More and Xiaomi. The shell is made of aluminium, not unlike those of the aforementioned competitors.

On one end of the shell sits the nozzle, while on the other hand there’s a hole surrounded by machined circles. The shell is made of two pieces, with a rubbery strain relief coming out of one side. 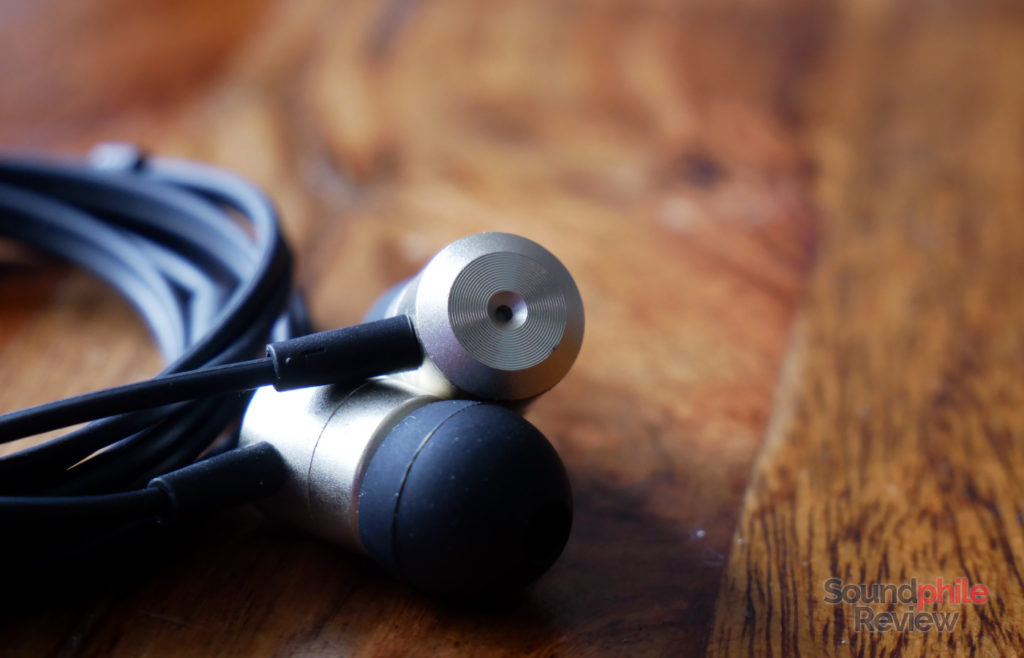 For a cheap IEM, the BIE is quite remarkable in terms of build quality. The use of metal makes them appear more solid than if they used plastic.

The only thing that bugs me a bit is the unclear labelling of channels. One can find “R” and “L” on the strain reliefs, but they’re so small they’re almost impossible to see. The most reliable method I’ve found is to look at the “BIE” text printed on the shells, as it’s printed on the back of the left earpiece and on the front of the right and this makes the two easily distinguishable. That’s not ideal, though, as I don’t know if that’s consistent across all units. There’s also a blind dot (a small tactile bump) on the left channel; although it’s not much of a visual clue, it works pretty well. 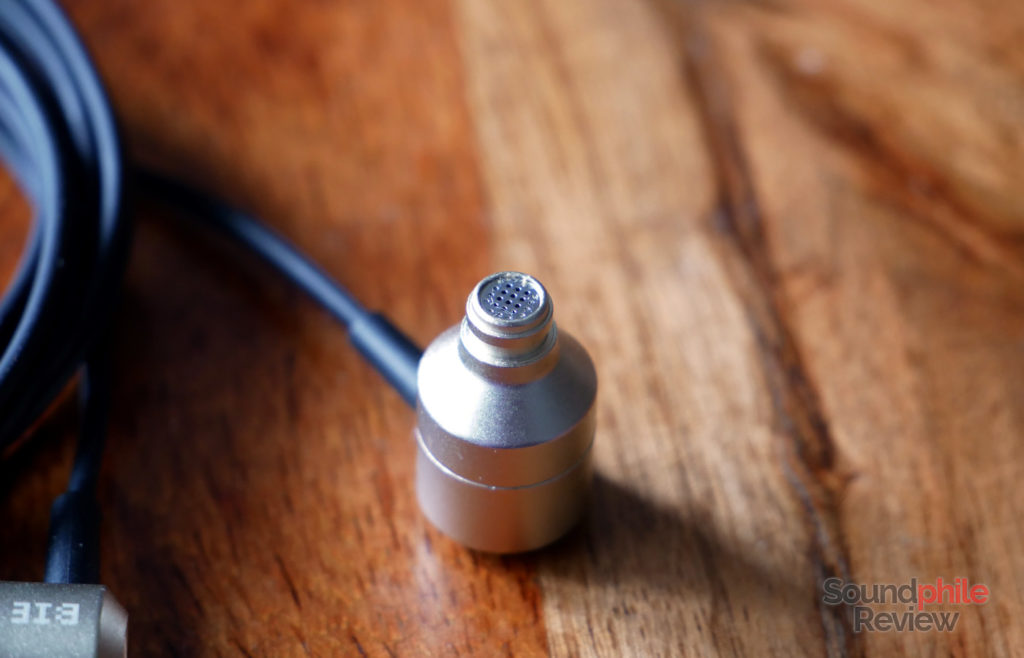 The Venture Electronics BIE are really comfortable due to their piston-like shape which makes them practically universal: there are no edges, no protrusions that may cause discomfort, no nothing that can get in the way of a long and comfortable listening session. In fact I can wear them for hours without any fatigue, and even for more if I wear the cable around the ears. One advantage the piston-like design affords the BIE is the fact they can be worn both with the cable dangling and around the ear.

Isolation is limited, but enough to take external sounds down a notch. It’s not ideal if one wants to completely exclude what’s around, but on the other hand this limited isolation is useful when going around in urban areas. 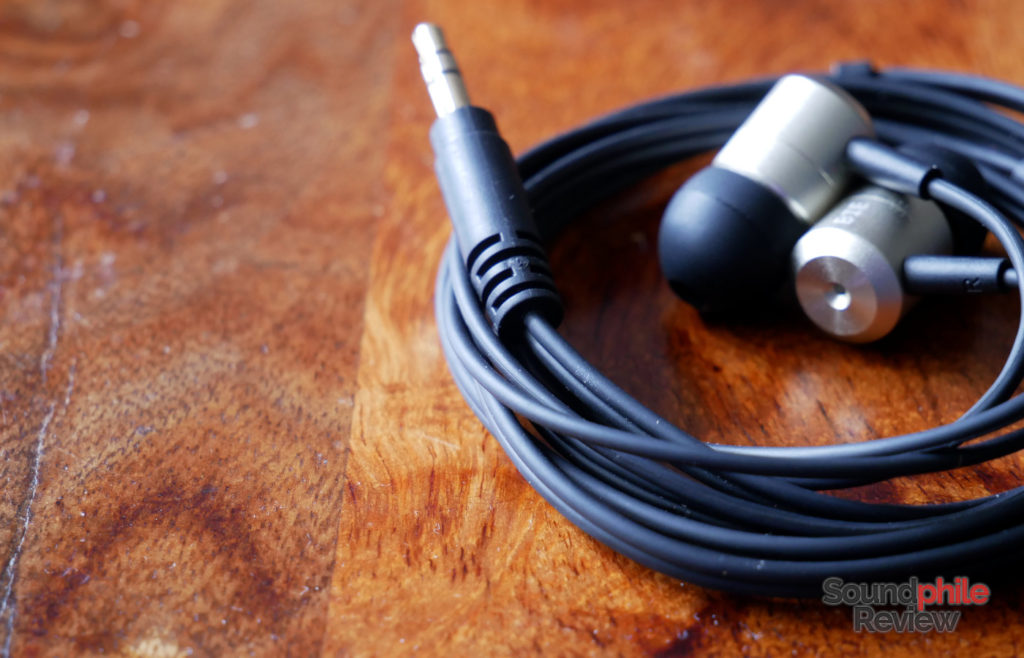 The cable has a lot of microphonics, which leads me to wear it around the ears. This aspect aside, it is almost identical to the cable used on the Monk Plus: it’s relatively soft, although it is made with two geminated cables and this takes away its ability to bend sideways.

If there’s one thing that I like about the Venture Electronics BIE, it’s that they are basically a glorious U-turn in tuning philosophy compared to the previous Monk IE. While those had a dark tuning which placed the emphasis on bass and left everything else in the background, the BIE are instead more well-rounded and able to successfully reproduce multiple genres. I love that VE recognised the previous design did not work, or at least it didn’t meet people’s expectations, and made something different. Different is good!

Despite the BIE being semi-open, their soundstage is limited in both width and depth, as it sounds intimate and close to the listener. Imaging has sufficient accuracy, but the positions available are barely more than left-center-right. Instrument separation is sufficient, as there is a bit of mash-up. Clarity is nt the best quality of the BIE.

Bass is deep and although it is powerful, it is not excessive. It is emphasised, quite more than in ideal neutrality, but it is not overbearing, though in some occasions it can appear to be too much. It lays a solid foundation which almost extends to the deepest notes, reaching ~35 Hz with good presence (and then disappearing below that, alas). This depth gives the sound as a whole more body, as one would expect. Bass is relatively linear, except for a bump in the 60-90 Hz region, and this means that it won’t bleed over the mids. Speed is more than decent and contributes to keeping a good level of detail – actually more than expected.

Midrange is probably the Achilles’ heel of the BIE. In terms of tuning it is really good: it is well balanced, with a slight emphasis on the upper and lower ranges which is however well done, so those areas do not stand out too much. The lower area seems to be a bit more emphasised than the upper one, so there’s a bit more warmth. The resulting signature is really likeable and easy to listen to. The reason why midrange is the soft spot of the BIE is that it lacks detail and instrument separation, so the piano in Bill Laurance’s December in New York is mixed with everything else with less separation than ideal. Comparing it to something visual, it is almost as if it was painted with watercolours instead of a clear picture. You can still see everything, but it’s not as detailed as you’d expect and there’s some mingling of colours. The same applies here, but with sound. It’s not like there is no detail at all, but in crowded tracks this detail is smeared. The speed is good and lends some physicality to the sound.

Treble is generally relaxed and laid-back, with an exception: there is a spike in the middle region that makes it a bit fatiguing. This peak is the biggest flaw in the signature, as it causes some discomfort when listening to the BIE for half an hour (at least in my case). Extension is also relatively limited, which leads to treble in general not to be very airy. Detail is decent, though limited. Treble is almost an afterthought, much like previous affordable IEMs by VE, but it’s good enough of an afterthought not to bother me.

The following comparisons are going to pit the BIE against higher-priced earphones: let’s see how they fare!

Now, compared to the previous Monk IE  (Biggie and Smalls), the BIE are more balanced, though the basic tuning philosophy is intact. In general, I think they’re better, and that’s part of why the Monk IE are no longer on sale.

If I didn’t know the Venture Electronics BIE retail for $20, I’d easily say they’d go for $70. They may not be the best of the bunch, but at $20? They’re insane. They’re the Monks of the IEM world, delivering high value for little money. They could be better on a few fronts (e.g. isolation, detail, treble extension), but they’re really great even as they are. I wouldn’t recommend them in place of higher-end earphones, as the BIE have their flaws and I’m not really in favour of the whole “killer” thing (there’s a reason why expensive IEMs are such), but they surely are among the best earphones you can get for the money. And that’s why they join the “best earphones” page of Soundphile Review!