I first heard of Shozy because of their earbuds, the Cygnus. They introduced other earbuds and earphones since then and the Shozy SG are the newest kid on the block. They use a new shell as well as new drivers to achieve a tonality that I can only characterise as different. They’re quite interesting earbuds, although they’re not for everyone.

Disclaimer: I received this sample courtesy of Linsoul Audio. They sell the SG for ~$140. 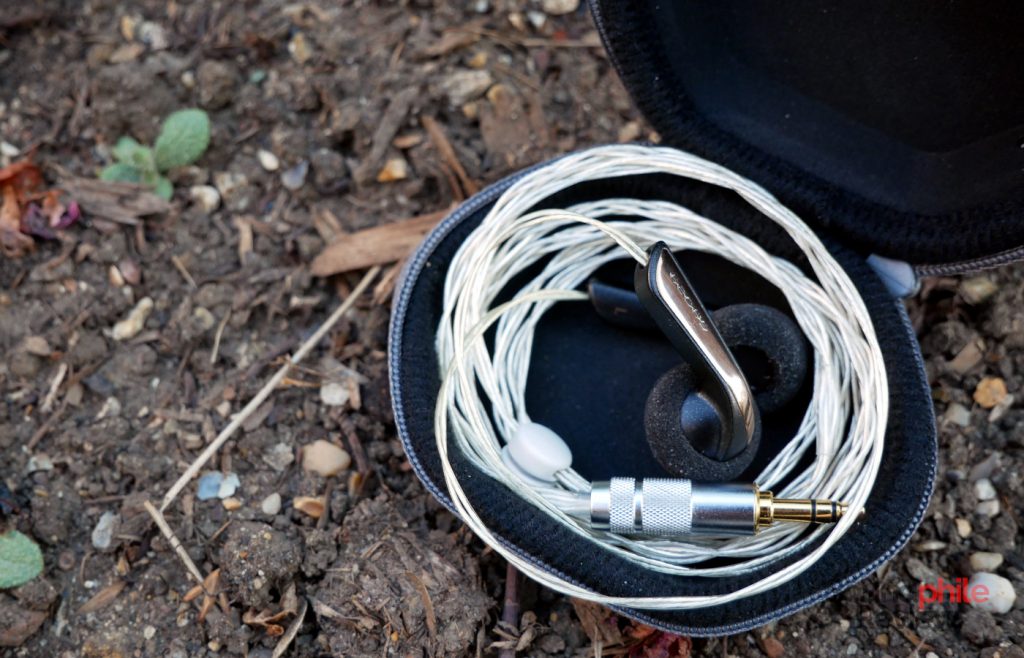 I received the Shozy SG without packaging: they just came in their semi-hard shell case, though I don’t know whether this is their standard packaging or just that of samples. Inside the case there are just the earphones with a pair of foams pre-applied on them. 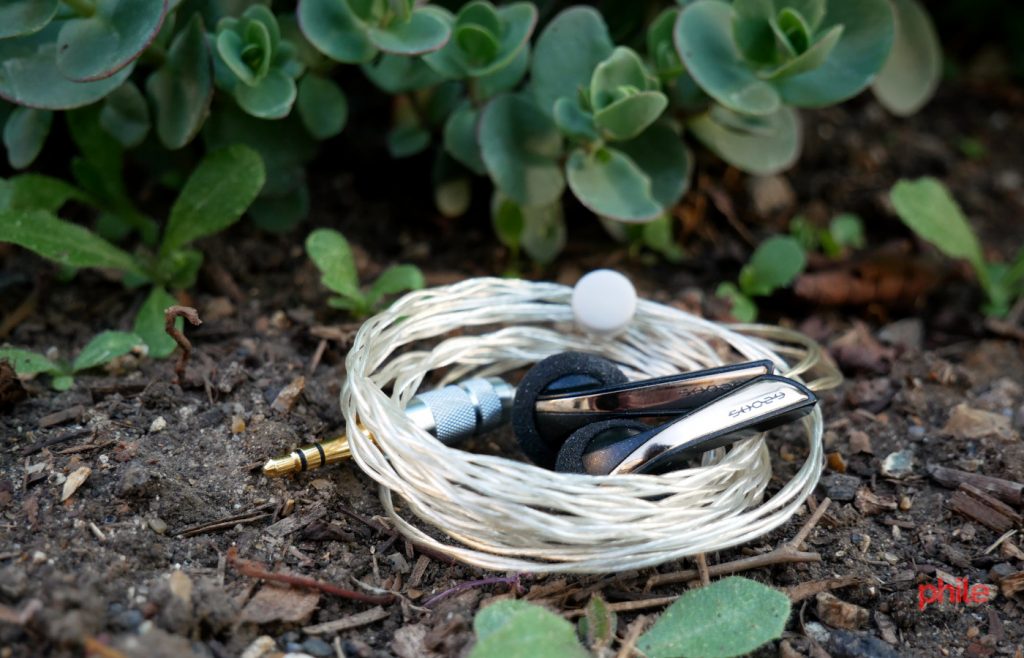 All other Shozy earbuds use off-the-shelf shells, but that does not seem to be the case with the SG – or at least I was not able to find other earbuds using similar shells. The SG surely look quite sophisticated, with a matte black shell that has a bronze-ish metallic stripe applied on top of the strain relief.

Build quality is very good and in line with the expectations set by previous Shozy products. Plastic appears to be of good quality and the earphones are well put together. 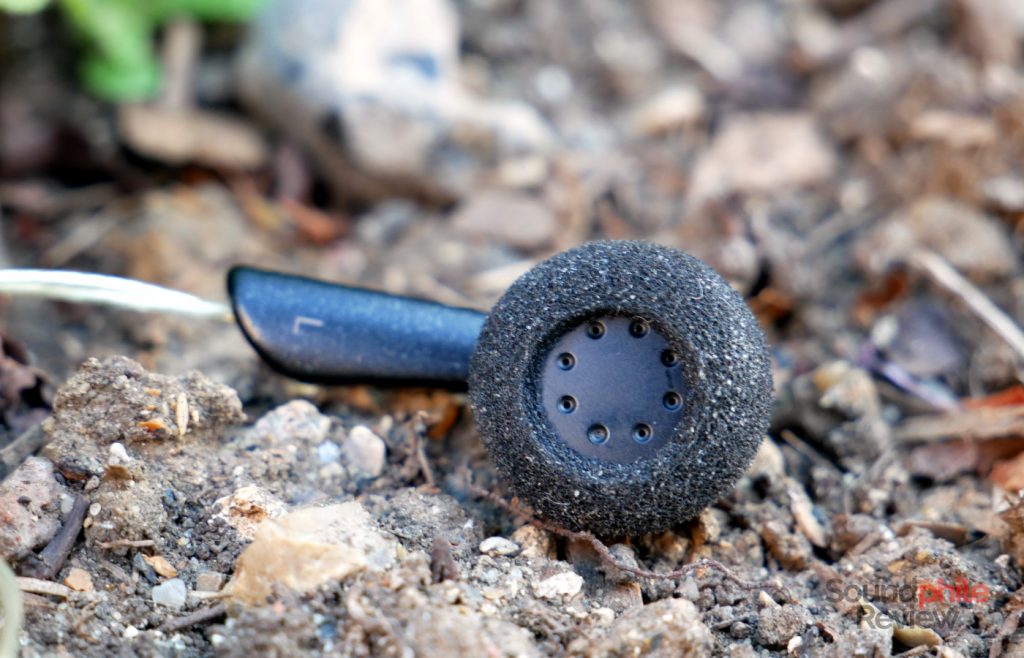 Isolation is, as one would expect from earbuds, non-existent. Earbuds are the earphone equivalent to open-back headphones, after all! 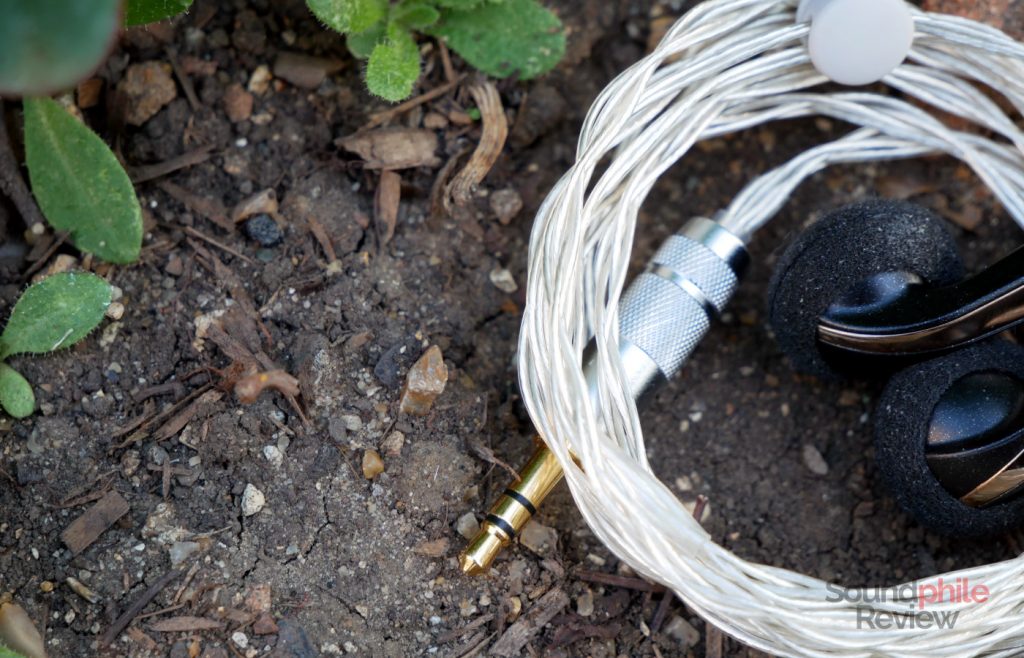 The cable has four cores, two per channel, with a metal housing for the 3.5 mm jack connector and a rubbery chin slider. It’s quite odd, but Shozy chose to have an extremely stripped-down Y-split that only consists of some shrink-wrap tubing. The individual cores are silver-plated, they’re a bit thin and therefore quite soft and malleable but also possibly more prone to breakage if not taken care of properly.

I tested the Shozy SG using a variety of sources including the Burson Audio Playmate, the iFi ZEN DAC and the Shanling M2X. Source files were mostly FLACs in 16 bit / 44.1 kHz resolution.

The SG do not depart from Shozy’s tradition of creating high-sensitivity, low-impedance earbuds that one can easily drive with any device. The SG use a 15.4 mm dynamic driver and this size explains (at least in part) the good physicality of the sound.

My sensation when listening to the Shozy SG is that the instruments are near me, but they play in a large space: the soundstage is not extremely wide, but it gives the listener a clear idea of space and openness. They are also placed in specific places, although they’re not well distinguished from each other and tend to overlap a bit. Instrument separation is acceptable in terms of being able to distinguish the various instruments, but not in spatial terms as I mentioned. Clarity is not the best quality of the SG, in all honesty.

What I especially like about the bass is that it is physical: the large dynamic driver delivers on this front and in a very good way. Transients are adequately fast and this, together with the aforementioned physicality, makes impacts especially pleasant to listen to – percussions, plucked instruments and so on are all represented in a very likeable way. If we add to this the fact that bass goes considerably deep for earbuds, what you get is a great ability to involve the listener. There’s a good representation of details as well as decent layering. As one would legitimately expect, bass presence is mostly concentrated in the mid-bass area, with a descending curve as frequency goes down as well up – there is basically a bump, with a steeper slope facing sub-bass and a milder one facing midrange.

As a result of this slope, midrange is clearly warm, with an emphasis that is placed on the lower area and that goes gradually down as the frequency goes up. This makes some recordings, especially those of acoustic instruments, appear mellow. For some reason, and that’s entirely irrational, the sound of midrange reminds of wood – possibly because they sound well with wood-based instruments such as acoustics/classical guitars. There’s a good level of detail, though without micro-details. I love how brass instruments sound in tracks such as Finsterforst’s Nichts als Asche, as they have that vibrant and reverberating quality that makes them especially palatable.

Treble is not really extended and there seem to be a couple of peaks, one around 5 kHz and the other around 7 kHz. While not massive, these peaks are felt when there are lots of cymbals and other similarly high-pitched instruments. I rarely found the peaks to be outright unbearable, but they often add some fatigue to the sound as a whole. The lack of extension also prevents treble from adding further openness and clarity to the sound. There’s acceptable detail, but little more than that.

Due to the current pandemic I do not have access to my full collection of headphones, therefore I currently can’t compare the Shozy SG to other earbuds in a similar price range.

The earbud market is quite different from that of in-ear headphones: prices are substantially lower and $150 models are considered high-end. The Shozy SG fall under this classification, with a price that’s higher than average – though less than the previously-launched Shozy Stardust BK. But although they’re in the higher tiers of the market, they honestly did not impress me: the lack of treble extension and the abundance of bass make them an appealing choice only to those looking for this very specific sound signature. They have their merits for sure, but they’re more of an acquired taste than a tool to listen to most genres of music with. They are great for gaming, though!