In-ear headphones make up the bulk of the earphones market nowadays, but earbuds are still out there. There are many different variations on the theme: the latest is the half in-ear, spearheaded by the Apple EarPods, but there are also many differences in tuning. The Shozy Stardust BK are “classic” in their looks and they sport a warm, bassy tuning that many surely will like. They’re quite unlike most earbuds that suffer from the fact of being completely open and have lacking bass. They’re a ton of fun, actually!

Disclaimer: I received this unit from Linsoul free of charge for the purpose of this review. They sell it for $189 on Amazon. 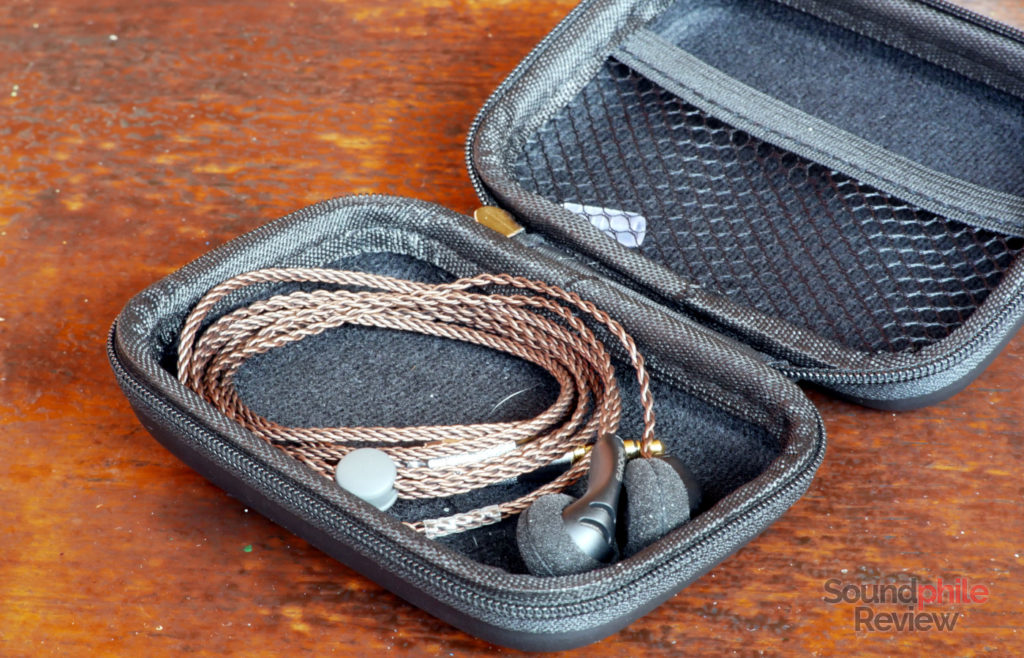 Shozy is really consistent in how it packages its products: the Stardust BK come in a cardboard box which holds a hard case with the earphones inside. There are no accessories included but a pair of doughnut-shaped foams. 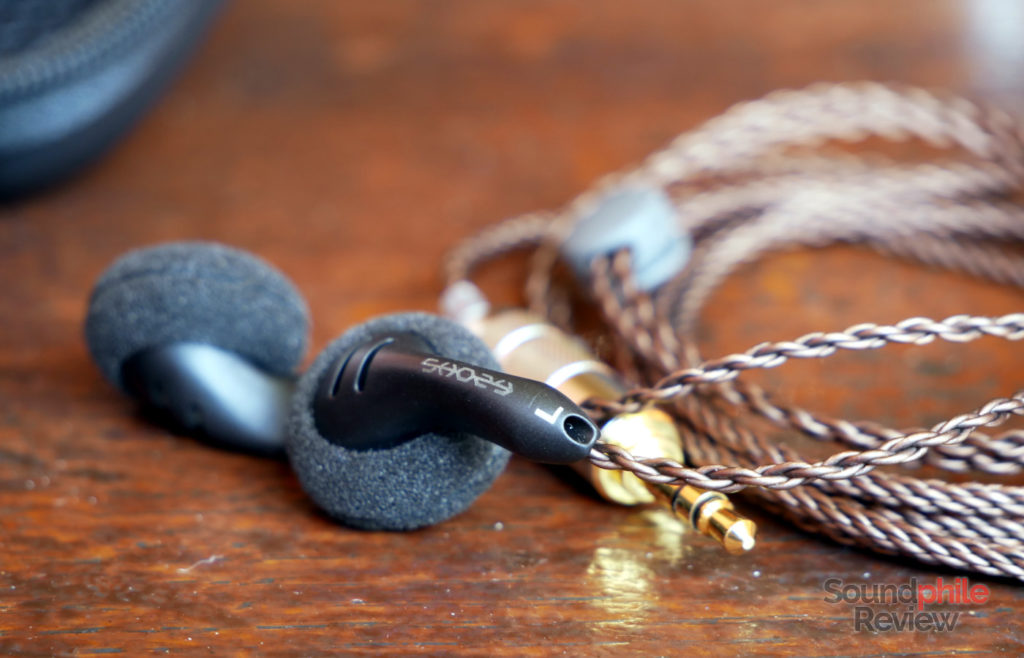 Shozy decided to use an off-the-shelf shell and settled on the same shell used for the Yuin PK1 and the Linsoul BLD, among others. This choice is a good one as the shell is famously comfortable, light and well built. As it is the same shell as the one used on the BLD, I invite you to read the Linsoul BLD review for additional information. 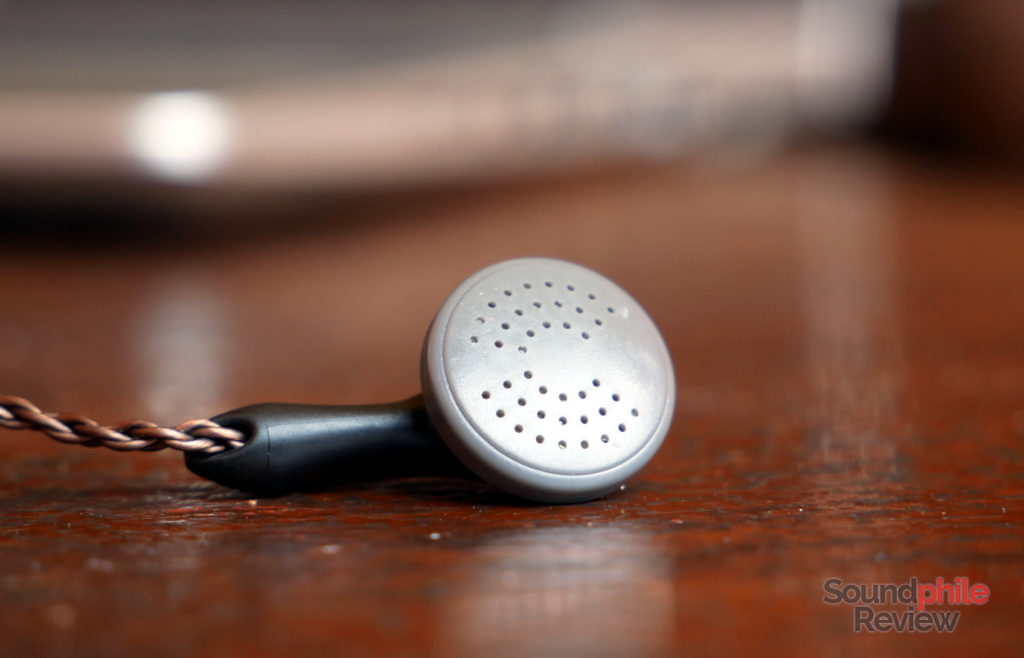 The doughnut foams do a great job at making the earbuds more comfortable and in fact the Shozy Stardust BK are really comfortable even for prolonged listening sessions. The same is not entirely true when using them without the foams, as the hard plastic may cause a bit of discomfort after a while. As the earphones are really light, though, it will take a lot of time before they become fatiguing. 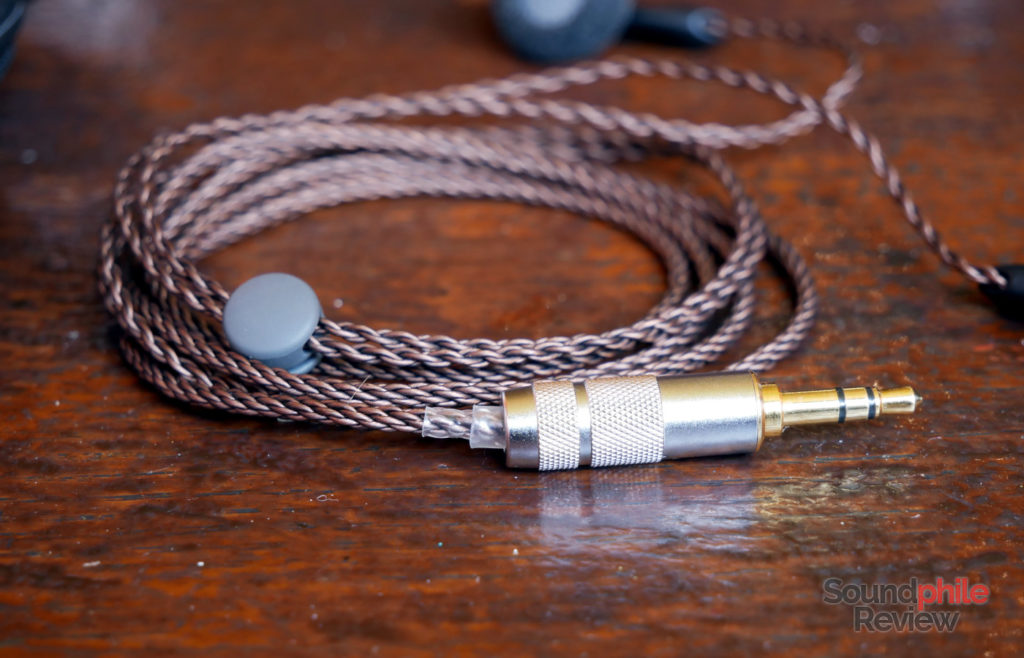 The cable is really well-made, but it’s also really thin. There are eight thin cores woven tightly; they separate in two groups of four cores each after the Y-split, which is protected just by a bit of heat-shrink. This unusual solution helps keeping a clean look. There’s then a chin slider (which I mistakenly thought was the Y-split at first!) which seems a puck, made of rubbery plastic. The jack is protected by a metal housing with a heat-shrink strain relief. While the cable is really well made and good-looking, it is really thin and therefore seems a bit fragile.

I tried the Shozy Stardust BK using a Venture Electronics RunAbout 2.0bl driven by a Topping D30, an iFi xDSD and a Shanling M2X. The bulk of source files was made of FLAC files in 16 bit / 44.1 kHz. Tests were performed using the doughnut-shaped foams.

With just 16 Ω impedance and 105 dB sensitivity, the Shozy Stardust BK is driven like a breeze by any source, including DAPs and portable sources. In fact, using an attenuator may be necessary with many desktop amplifiers due to the low power requirements.

The open back usually leads to a wide and deep soundstage and the Shozy Stardust BK make (almost) no exception. The sound is large and spacious, as if it extended well beyond the inside of the head. It’s still not the widest I’ve heard in earbuds, but it’s very good. Imaging is alas not on par, as it is not really accurate and gives just general cues on the position of instruments. There’s no chance of being able to point at a specific place as the source of the sound, though this also creates a sort of echo effect that reinforces the sensation of large space. Instrument separation is capable of separating instrument with enough accuracy only in simple tracks; complex tracks will result in less clarity than ideal and more hodgepodge than ideal.

Bass is full and extended into sub-bass, though the open nature of the earbuds limits bass response to just tip its toes into sub-bass. 20 Hz is a distant mirage. Bass response is unexpectedly good anyway, so much so that it results in an overall warm response. Presence is mostly concentrated in the mid-bass area, as one would expect. There’s enough control not to let bass spill over mids, so the warmth does not degenerate in plain chaos. Despite the diaphragm being decently large (14.2 mm), it isn’t able to deliver the same sensation of impact as other earbuds. Bass is not slow, but it’s not really fast either. There’s some detail, but it’s not what I would call “excellent retrieval” – there’s just the basics.

Midrange seems to have a peak around the mid-upper region that gives it a bit of brightness – the fatiguing kind of brightness that makes brass instruments and electric guitars piercing and harsh. Curiously enough, this spike does not equate to midrange being perceived as bright: midrange is still tilted towards warmth, also thanks to bass being very present, but it has this fatiguing spike that does not really add anything to the signature as a whole. Clarity is overall decent, although complex tracks with lots of instruments will sound a bit jumbled. Detail is just sufficient and fails to deliver more nuanced sounds – something one would expect in earbuds in this price range.

Treble is present in the lower range, but then fades away pretty quickly. Roll off smashes extension pretty hard as it is quick and unforgiving. This is expected given the Shozy Stardust BK are earbuds, but a bit of additional presence in the upper area would surely have made them a bit more balanced. It would also have contributed in making the Stardust BK a bit more technical, as treble detail is decent but lacks the presence in the upper range.

Most of the earbuds I’ve tried so far are from Venture Electronics, so I’ll compare the Stardust BK mainly to VE products:

The Shozy Stardust BK are interesting earbuds if you are really after warmth coupled with a decently large soundstage. In basically all other cases they’re not able to really compete with other offerings on the market, especially if we take into account their technical ability. They’re frankly not good enough for the price they’re sold at. They’re over sufficiency only because their sound signature is still relatively balanced and coherent, with an overall pleasant outcome given the right genre. They would be great at half the price.