Venture Electronics recently came out wih a variation of their current lineup that cuts the cord: the new Omega Edition of their earbuds sheds the fixed wire in favour of a detachable cable with a 0.75 mm 2-pin connector. Their flagship received this treatment, too – so the Venture Electronics Zen 2.0 Omega Edition was born. It is sonically identical to the original without detachable cable, so this review also counts towards that.

Disclaimer: this a free sample I received in exchange for this review. I would like to thank Lee for his support. You can buy the Venture Electronics Zen 2.0 Omega Edition on VE’s website for $178 or the traditional Zen 2.0 with fixed cable for $148. 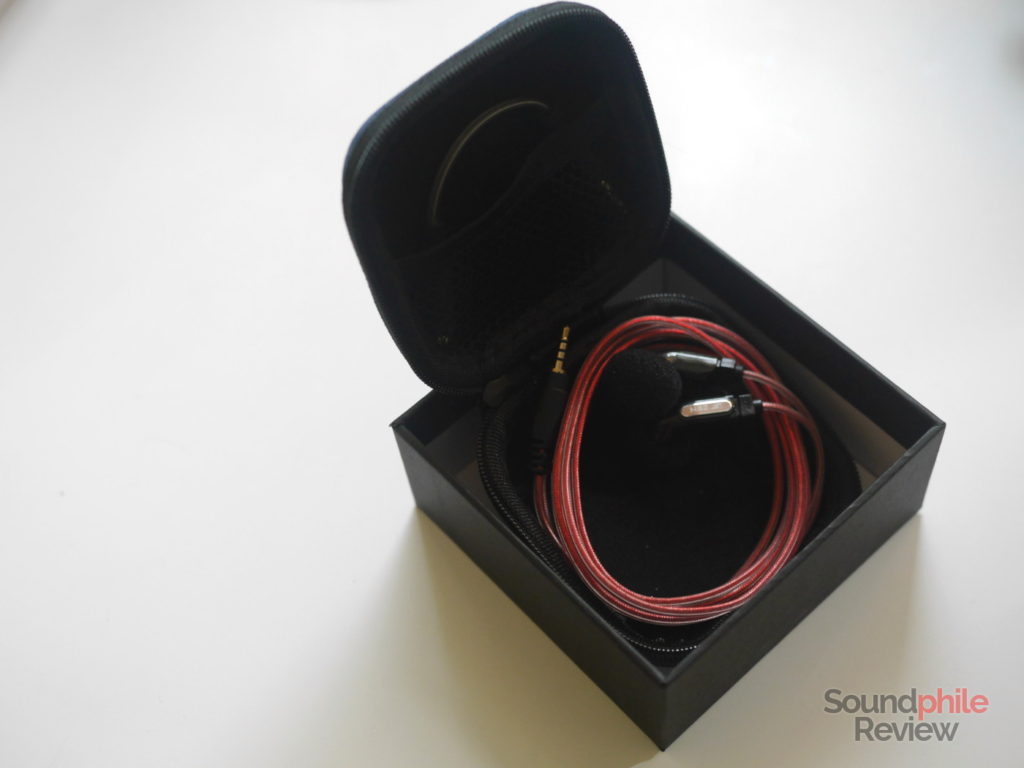 The Venture Electronics Zen 2.0 Omega Edition comes in a cardboard box containing the earpieces, the cable (in my case with a 2.5 mm TRRS balanced connector) and a semi-hard carrying case. In case one buys a balanced 2.5 mm cable, an adapter to 3.5 mm TRS unbalanced is also provided. 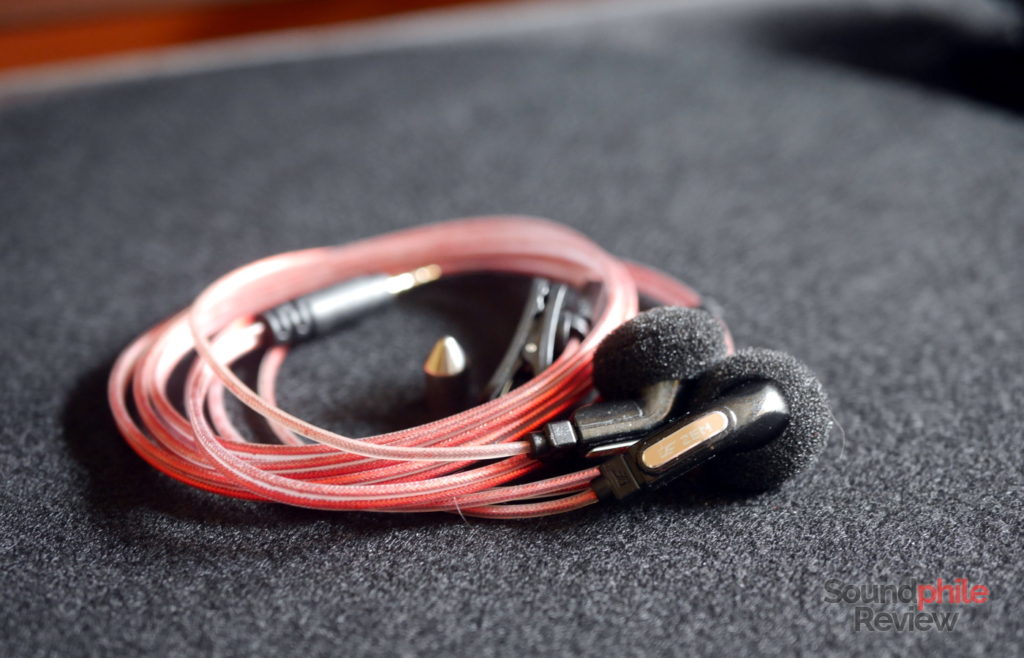 The shell used for the Zen 2.0 Omega Edition is a modified MX500 – the same shell used for the Monk Plus and Asura 2.0 (also Asura 2.0s). It is cut and adapted to fit a 2-pin connector (0.78 mm), which is slightly recessed in the body and therefore does not let one use IEM cables. This change does not alter neither looks nor comfort drastically; differences to the standard shell are almost null in both regards. It has to be said that the whole thing is a bit hacky, as there’s a piece glued on to the shell which is not that great in absolute terms, but it’s a necessary evil due to the otherwise impossible task of fitting the socket inside the shell.

One of the few new things is the presence of a metallic plate with the VE logo and the Zen name on the shell, which differentiates this edition from the other Venture Electronics products that only feature a printed name. 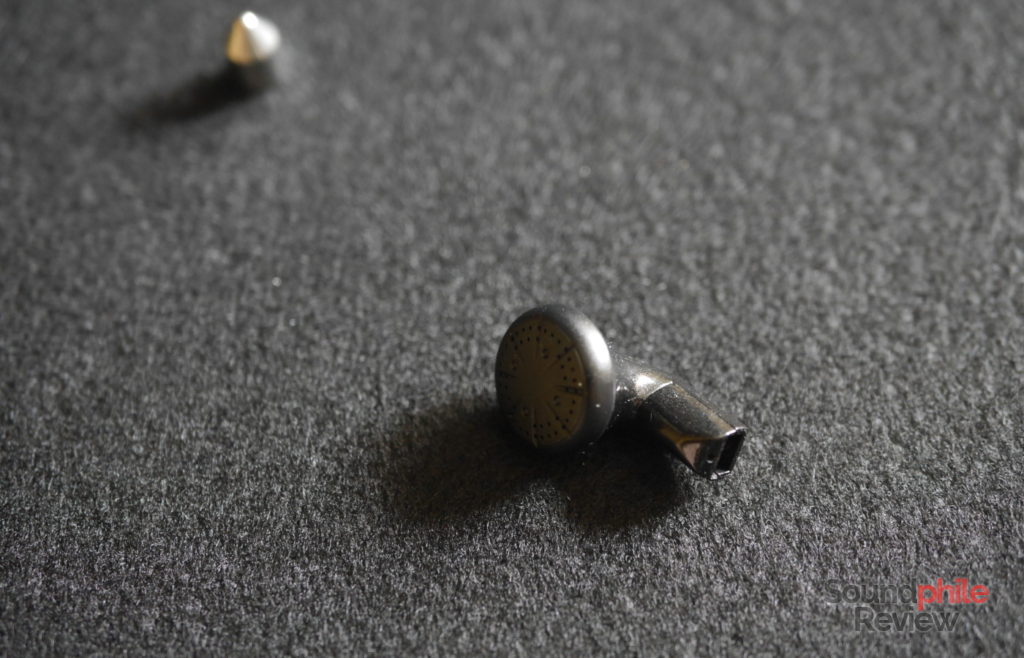 Comfort is not affected at all by the presence of the removable cable: it is the exact same of fixed-wire alternatives. I personally prefer using earbuds with foam covers, as they’re otherwise fatiguing to the ear due to both being hard plastic and relatively large. With foams on, I can use the Venture Electronics Zen 2.0 Omega Edition for a full day and still feel fine. The rather large size could be a problem to some people, however – comfort is always a subjective matter.

Being the Venture Electronics Zen 2.0 Omega Edition earbuds, they’re completely open-back and therefore they offer no isolation whatsoever. Therefore they aren’t suitable for use outside of indoor, quiet environments where external sounds are kept to a minimum. 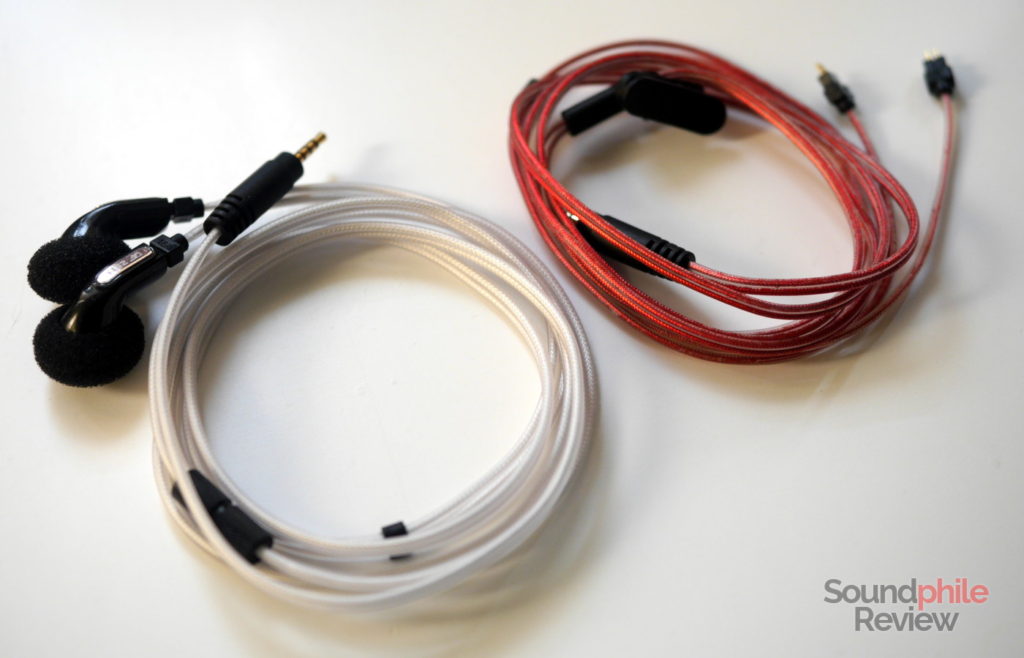 The stock cable is coloured red and is pretty similar in size and materials to VE’s SPC cable. It is pretty good, though it has a large issue with microphonics: just touching it makes a lot of noise, and we’re talking about earbuds here – if this was an IEM it would be way worse. All in all, though, build quality is good and it seems resistant, so I won’t complain on this front.

Lee also sent me the Oyaide 102SSC cable. It is thicker and definitely stiffer than the stock cable, up to the point it barely bends. It surely looks like a very durable cable, with the plastic coating that seems to be reinforced with braiding underneath it. It is halfway between white and silvery and certainly has premium looks. It also has even worse microphonics than the stock cable, with just a gentle touch resulting in a thunderstorm in your ears. That’s the price to pay, I suppose?

As is my custom, I tried the Venture Electronics Zen 2.0 Omega Edition with a variety of sources to find possible differences and pairings. As the unit I received comes with a 2.5 mm balanced connector, I was able to use both single-ended and balanced outputs – using a 2.5 mm to XLR4 adapter when needed. The sources I used were a Topping DX7, a RHA Dacamp L1 feeding a Venture Electronics RunAbout 2.0 Balanced Lite, a Topping D30 driving a Head ‘n’ HiFi Objective2, a Little Dot MKIII SE (with the DX7 as source using a balanced connection) and a Cayin N5ii (also feeding the RunAbout with balanced output). For what it’s worth, I ran a 100-hour break-in session and used both the default cable and an Oyaide 102ssc silver-plated cable with a 2.5 mm balanced connector.

The Zen 2.0 sit atop the Venture Electronics line-up practically in every possible way. They are the most expensive earbuds, the ones with the highest impedance and possibly the best-sounding among the company’s offering. With 320 Ω impedance, they are fairly hard to drive and require an amplifier to sound best, though their high sensitivity leads them to need relatively low power to reach high volume levels.

Almost every time I try new headphones (or earbuds, in this case) there’s something that I find remarkable about them – a feature that stands out and that makes me think “wow, this is good”. When approaching the Zen 2.0 Omega Edition I found there were more than one, though it was instrument separation that amazed me the most. This is because all the various instruments are easily distinguishable regardless of how congested the scene is, giving the sound as a whole exceptional clarity. I noticed instrument separation improved noticeably when I tried the Zen 2.0 Omega Edition with the Little Dot MKIII SE, which also seemed to make the soundstage larger and made the sound generally clearer and cleaner. The Zen 2.0 seem to benefit from the use of tubes!

The soundstage is expansive and deep. The Venture Electronics Zen 2.0 Omega Edition are akin to open-back full-size headphones and the wide soundstage is one thing the two kinds have in common. “Open” does not always mean “wide soundstage”, but in this case the equation works and sound is distributed across a wide and deep front. The sense of space is strong; tracks such as Azymuth’s Avenida das Mangueiras, Dave Brubeck Quartet’s Unsquare Dance, Vàli’s Nordavindens Klagesang or Tenhi’s Pojan Kiski feel like they’re played in a large room. Imaging is also remarkable and allows one to correctly locate the sound.

Generally speaking, the Venture Electronics Zen 2.0 Omega Edition has a balanced signature that strives towards neutrality, but stumbles upon added warmth that is focused in the mid-bass area. They’re good for fun and critical listening alike, as they have the same impact as the Asura 2.0, which makes them excellent in delivering fun and accurate transients.

As expected given the open nature of earbuds, sub-bass is almost entirely absent. I can barely hear anything at 50 Hz, and up until 100 Hz it’s just too low volume to have a significant impact on sound. Going up from there there is enough presence to give the sound ample body. In fact there is even a bit of emphasis on the mid-bass that makes the sound as a whole warm (as I mentioned before). Moving from quantity to quality, bass is substantially fast and with enough energy to have that feeling of impact that’s typical of instruments such as drums or plucked instruments (e.g. harps, contrabass, etc). While it’s not as accurate and capable of managing intricately layered bass lines as full-size planar headphones, the Zen 2.0 is able to convey a lot of detail and makes the texture emerge well. To better express it, it means that you’ll hear a fair amount of detail that makes you feel the bass is there and it’s a complex mix of different parts, not just a blob of low frequencies.

Midrange is decently balanced but it tends to warmth, with a slight bump in the lower area. It is completely unobtrusive, though, and the midrange keeps a good balance across the board that makes even high-pitched instruments clearly audible. Mids are not as prominent as on the Asuras, but they’re in the front row anyway. Their warm character makes them especially suited for acoustic instruments, but they are fit for almost anything from voices to sampled electronic sounds. Voices have low sibilance and sound pretty much natural whether they’re male or female. All in all it’s a very relaxing tuning that’s easy to like and that makes everything sound good without exceptions – a jack of all trades, if you wish. And it’s pretty good at it, too.

Treble is not the star of the show, but it is really well executed as it has a nice extension that lends it air and sparkle and a balanced presentation without strange spikes or dips. It is rather enjoyable as it presents the listener with enough detail and micro-detail to be satisfying, while also being present enough to be easily audible without being excessive. It sits in that area of equilibrium that makes it likeable to almost anyone. It definitely is not smooth nor laid-back, but this makes it pop out enough to let one appreciate all the detail.

The Venture Electronics Zen 2.0 Omega Edition are indeed very capable earbuds that rightfully sit atop the manufacturer’s line-up. They are quite different in terms of tuning from the other offerings by the company, as they are the most warm, but they are also the most technically accomplished. When looked at in the general context of the earbuds market, they are no less remarkable and they stand out for their outstanding technical ability (pun intended).

These are not for everybody, though, as their peculiar tuning needs one to get accustomed to it – despite being well balanced – and some people could not like it due to the warmth. They are to the Asura 2.0 what the Sennheiser HD 650 is to the HD 600. I find their tuning enjoyable and rewarding, but this is my personal opinion. On a more objective scale, they are great especially on the technical front, which makes them suitable for sessions of critical listening. The presence of a detachable cable (which uses the 2-pin connector, yay!) is an added bonus that comes on top of good comfort and good build quality. The Venture Electronics Zen 2.0 Omega Edition are definitely worth their price – and they are worth trying out.