At the Munich High End 2019 day two went by pretty quickly. That’s because I could not sleep well and I found myself waking up around 10 – and this had a cascade impact on the rest of the day, as I would find myself being constantly late on my timetable. That, plus the fact that I went to see Bowers & Wilkins’ Formation system outside the showfloor, made this day less productive than I would have wanted – but still really interesting, as I talked to lots of people and had stimulating and interesting conversations.

Among those conversations is a discussion I had with Mr. Lindemann, founder of the company of the same name. We had a discussion about cables and their importance in the audio world, especially digital cables. He told me they found that USB cables do have an impact over audio, but the fix is easier than people think. Separating data and power leads to less noise and less jitter, but it does not require special cables. It just requires using one cable for data and one for power! The total cost for this is a few Euros. The best solution is to use Ethernet cables, which are shielded – again, the cost is little. He told me their multi-thousand-Euros system playing music had €5 cables and none noticed it unless being told. So much for the snake oil regarding cables!

I finally met Valentin Kazanzhi, who I had multiple discussions with on Facebook. He showed me the full range of products by Kennerton, plus a few products still under development.

The Kennerton Thror, their flagship headphones, were the most impressive by far. Lighter and more resolving than the Odinn Thridi, they stood out for their appearance, too. They have an undeniably warm tone, complemented by lots of details throughout the whole spectrum. That’s about as far as I can tell having listened to them on the show floor with a whole lot of background noise. The Kennerton Odinn Thridi are similar to the Thror, though they offer a bit less detail and they’re far heavier.

I then tried the closed-back Magni, which were really a surprise as they sounded almost as open and spacious as their open-back siblings. They were really surprising as they kept most of the sonic features of higher-end products while being noticeably lighter and closed-back (and also cheaper!).

I tried an in-ear prototype using planar technology and, while it was an early prototype that was far from being finished, it sounded really good. It had similar tuning to the Odinn Thridi, with the obvious differences due to the different size. But it was resolving and had larger-than-expected soundstage. I really look forward to hearing the final product.

At Shanling’s booth I had a chance to try their new ME500 earphones. They had their DAPs on show, but I already covered the Shanling M2X and the other products (M5s, M0) are not really new. In the few minutes I spent listening to the ME500, I thought they sounded fairly detailed and balanced, with good soundstage width and good instrument separation. They were also really comfortable. 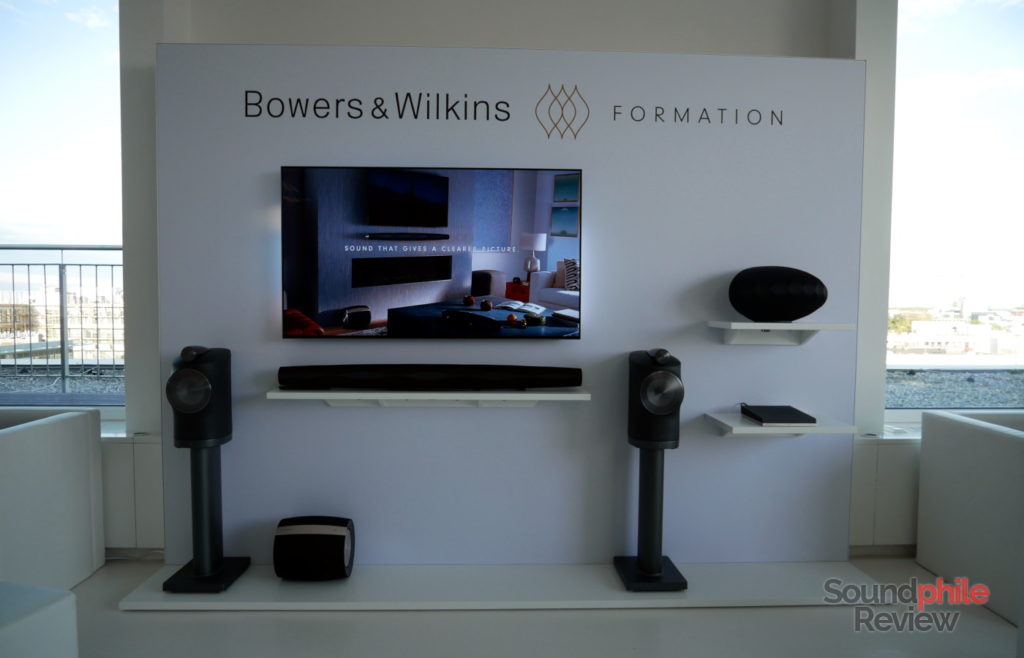 The Bowers & Wilkins Formation wireless speaker system was being showcased outside the fair in a completely wrong location (very large and with lots of noise, with no possibility to really hear the sound). Despite this, the products appeared to be well-made and they surely are powerful, as they could be heard despite the noisy background. The impressive tech specs (microsecond-class communication between devices inside the same room, millisecond-class communication in adjacent rooms) do forewarn that the Formation system will be the benchmark in terms of technology, but we’ll have to see whether they will be the benchmark in terms of sound, too.

TRN V90 review: these are fun