When Shozy announced the Form 1.1 earphones back in November, they were clear about those being part of a larger product range. The second component of that new family is the Shozy Form 1.4, which employ one dynamic driver and four balanced armatures inside a resin shell. With very good results, too!

Disclaimer: this unit comes from Linsoul, who provided it free of charge. The official price is $199. 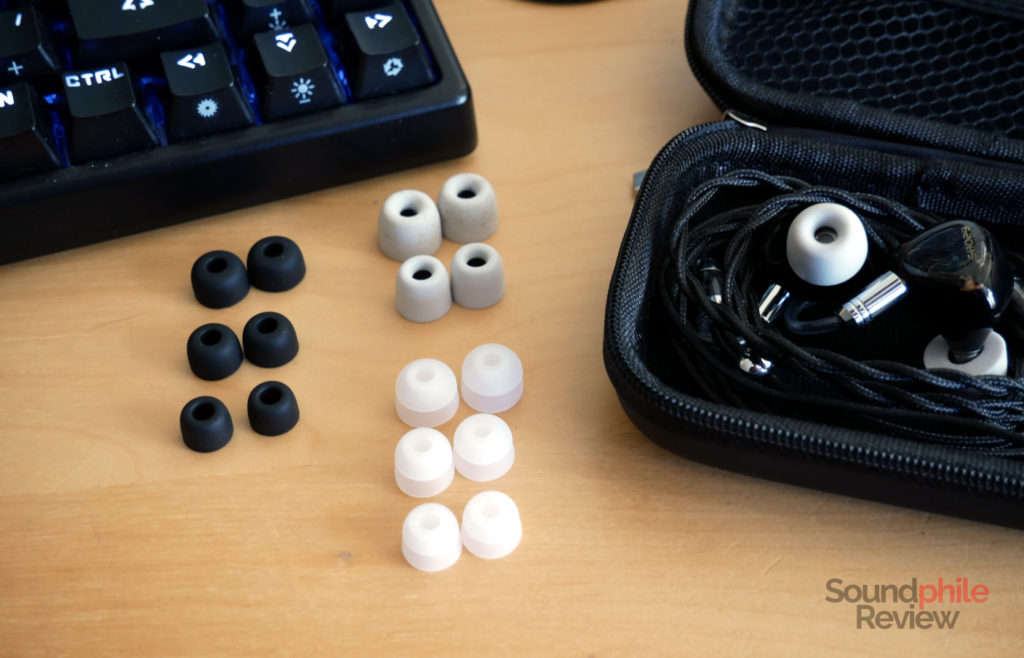 The Shozy Form 1.4’s package is quite simple: there’s a light cardboard box which offers a bit of protection to the hard carrying case inside. The case holds the earphones plus three pairs of single-flange white silicone tips, three pairs of two-flange semi-transparent tips and three pairs of foam tips. All tips are quite small, as the earphones are designed to fit snuggly in the ear canal where they reach quite deeply. 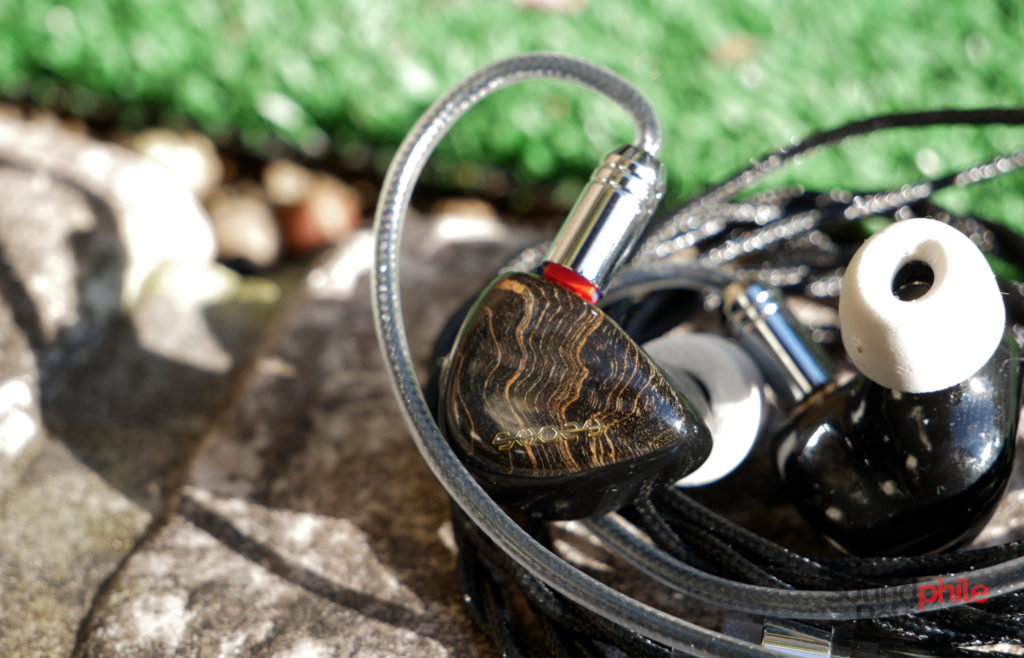 There’s no point in changing what works, so Shozy decided to stick with the successful design of their previous Form 1.1… with a twist: the Form 1.4 features a faceplate with a wood-like or opal-like pattern on top of the glossy black resin shells. This helps the Shozy Form 1.4 stand out from the mass. They look like jewels, or at the very least gemstones displayed in a museum! 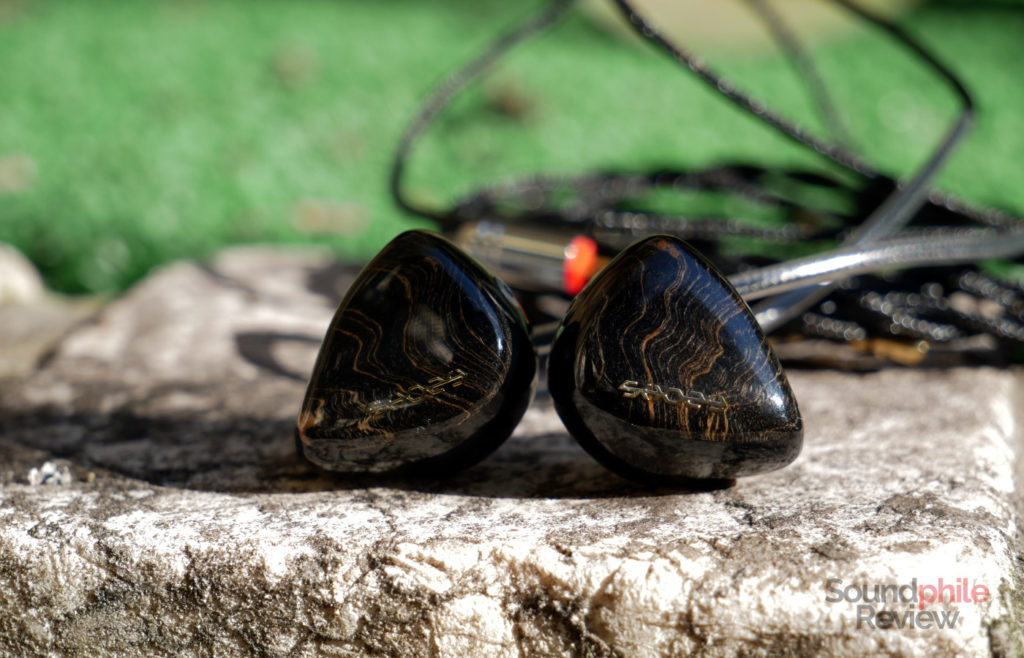 The Form 1.4 stay true to Shozy’s tradition of creating extremely well-built headphones independently of their price range. They are solid – both because they are built with resin and because they are actually well-assembled. While the shell is made of resin, the nozzle is actually metal and is closed by a metal filter. 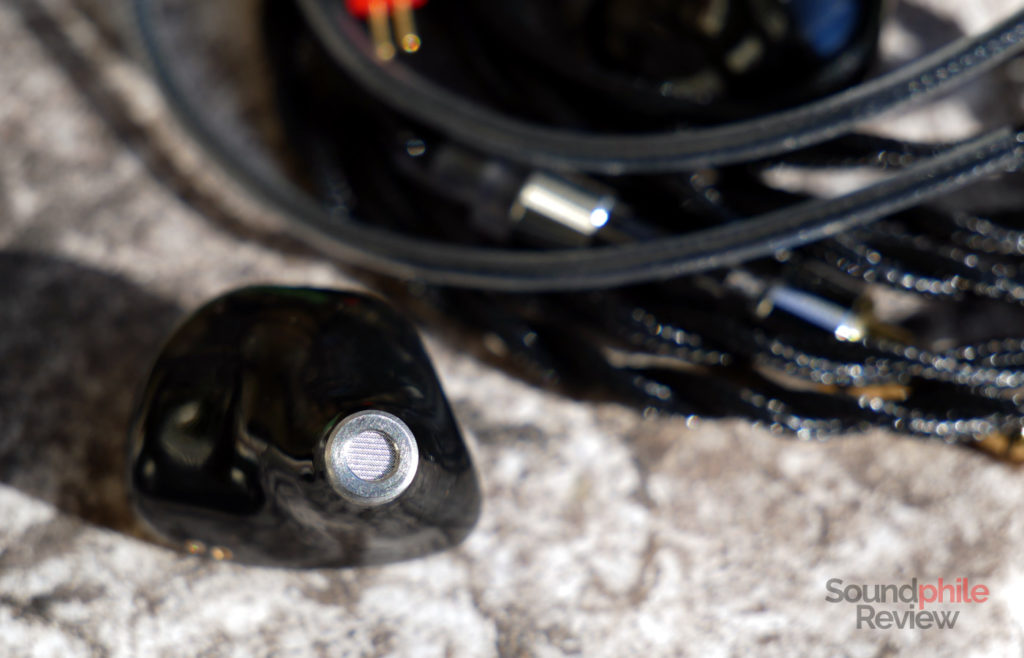 The Shozy Form 1.4 use the same shell the Form 1.1 used before them, just a bit bigger. As comfort was fantastic on those, it stays so on the Form 1.4. The small size and the triangular shape with rounded angles concur in creating a very comfortable wearing experience. 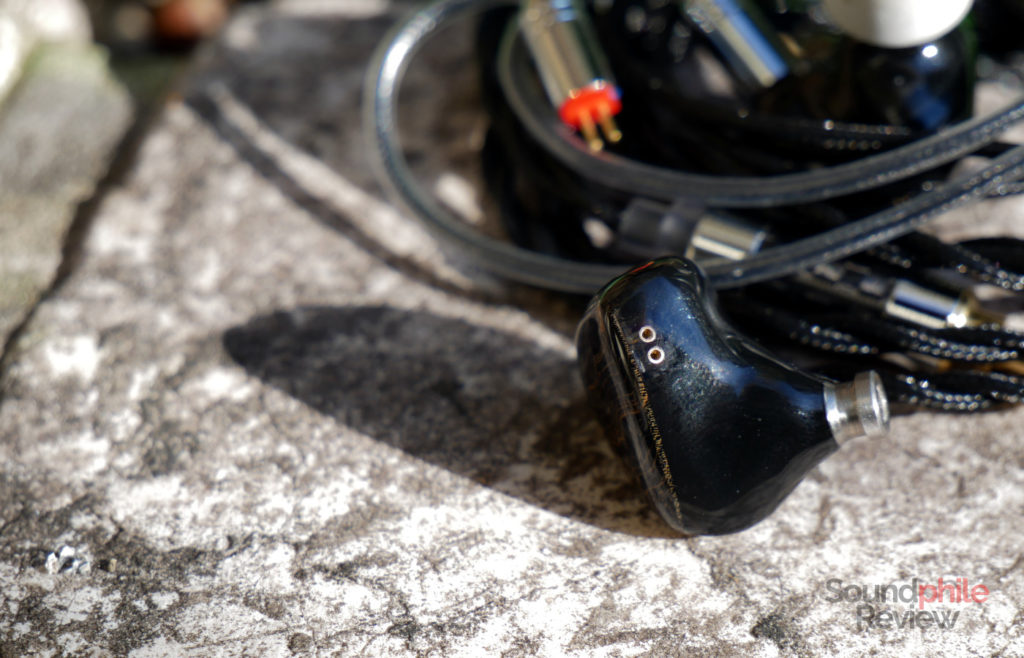 While the pure balanced armature earphones by Shozy offer good isolation, the Form 1.4 do not offer as good a shield from external noise. They do reduce ambient sound by a notch, but they can’t block it effectively. I tested them on a plane as well as in a moderately noisy situation (a London pub with few people in it), and in both cases I could clearly hear the reduction in volume of noise from outside. Still, it was not enough to let me enjoy music without raising the volume.

The cable is the same Shozy used for the Form 1.1 – and they actually played with this fact by teasing the Form 1.4 with pictures of the cables and saying “it’s not necessarily the Form 1.4”. The cable is made of two individually-sleeved cores, each with its own fabric sleeve. They’re twisted between the jack and the Y-split, and then there’s just one core per channel – a rather streamlined setup which actually works as the cable is soft and malleable. There’s also a chin slider the effectiveness of which is questionable, though. The earphone connectors are of the 2-pin variety and are at the end of soft plastic ear hooks.

As I usually do, I tried to test the Shozy Form with multiple sources to rule out any source-based interference in the sound signature. I used a Burson Audio Playmate as well as a Shanling UP4, an iFi hip dac and a Shanling M2X.

Inside each earpiece of the Shozy Form 1.4 are five drivers: one dynamic driver and four balanced armatures, all custom-designed by Shozy. Those same drivers are what gives the earphones their name: “1.4” stands for “1 dynamic driver, 4 balanced armatures”. The driver is made of beryllium, which should give it more rigidity and therefore better performance in the form of better linearity.

The Shozy Form 1.4 offer an average-sized soundstage which is decently wide (for closed-back earphones) but offers little depth. Sound appears to be in a medium-sized room – it’s definitely not cramped nor compressed, but it’s not expansive either. Stereo imaging is done correctly – there are the three main left, centre and right positions plus a variety of intermediate stops between them – plus the fact that each instrument appears to be placed in its own spot. Instrument separation is quite good, offering a clear depiction of each instrument.

The general tonality of the Shozy Form 1.4 is slightly U-shaped: they offer a very balanced signature where no single part emerges on top of the others, thereby making anything sound good.

Bass is just north of neutrality, with some added presence in the mid-bass region which gives a warmer touch to the tuning. It also extends quite well into sub-bass, with enough presence at 40 Hz for it to still be felt. The slight emphasis it has never gets into the way as bass stays well-controlled and does not leak over the mids or become overbearing – quite the contrary, in fact, as it just adds a bit of colour. It’s almost the epitome of how bass produced by a dynamic driver sounds: it’s fast but with a moderately long decay, physical, well-detailed. These qualities make it pleasant and easy to listen to.

Midrange is well-balanced, if a bit warm; it presents instruments without privileging any too much and its tonality appears to be mostly neutral, with an added touch on the lower and upper areas. In the larger picture midrange sits in the front row and never appears to be distant nor recessed, so its presentation is really good. Midrange has very good speed, but little physicality: I suspect this is because it is balanced armatures that produce it, and those are famously limited in delivering the physical sensation of music. Detail is very good and makes even smaller details emerge clearly.

Treble is the only place where I can find some issues. While most of it is perfectly fine (and I’ll delve into that in a little while), there are some issues in its presentation in the form of ups-and-downs which affect some instruments. As a practical example, the tambourines in Snarky Puppy’s Sleeper (e.g. around the 3:40 mark) are almost muted out and a bit shrill, while they should be clear and clean. This is actually the only flaw I can see, because otherwise it’s a decent representation of highs: cymbals are clean enough, though they’re not overly detailed. Detail is in fact the area which could be improved the most as it is not on par with the rest.

So how do the Shozy Form 1.4 stack up against the competition? Here’s a small selection of comparisons:

The Shozy Form 1.4 follow the trail blazed by their lower-end siblings the Form 1.1. Given how well those perform in their price bracket, the expectations were high. The Form 1.4 deliver a well-rounded, pleasant and mostly detailed sound which is easy to listen to and to like. They’re comfortable, well-built and offer a good design, too. They’re not perfect, though, as treble may see some improvement. Still, for the asking price they’re rather good. The increase in price from the Form 1.1 does not come with a similar increase in sound quality though, so they actually offer less value – at $150 they would be really great and one of the go-to slightly U-shaped earphones under $200.