Back when I started writing this blog I thought I would write about speakers, headphones, amplifiers and the like. Multiple sockets, though? No, I did not imagine that. But hey, we’ve got to be open-minded, right? So when the kind people over at iFi asked me if I wanted to review their newest creation, the massive iFi PowerStation, I said “why not?”. And I’m glad I did, because the PowerStation is a bit of a holy grail to my noise-ridden setup. It’s not really the ultimate solution as it doesn’t take all the noise away, but it removes a chunk that’s large enough for it to be barely noticeable. Believe it or not, iFi did it!

As a humorous aside, I did some research on how you call these things in English… and it’s unbelievable the amount of names they have, differing from region to region and even with some hilarious (for a non-native) names such as power bar. The English language really is fun!

Disclaimer: I received this unit on loan from iFi. Additional information is available on their website. It retails for £499/€549/$499. 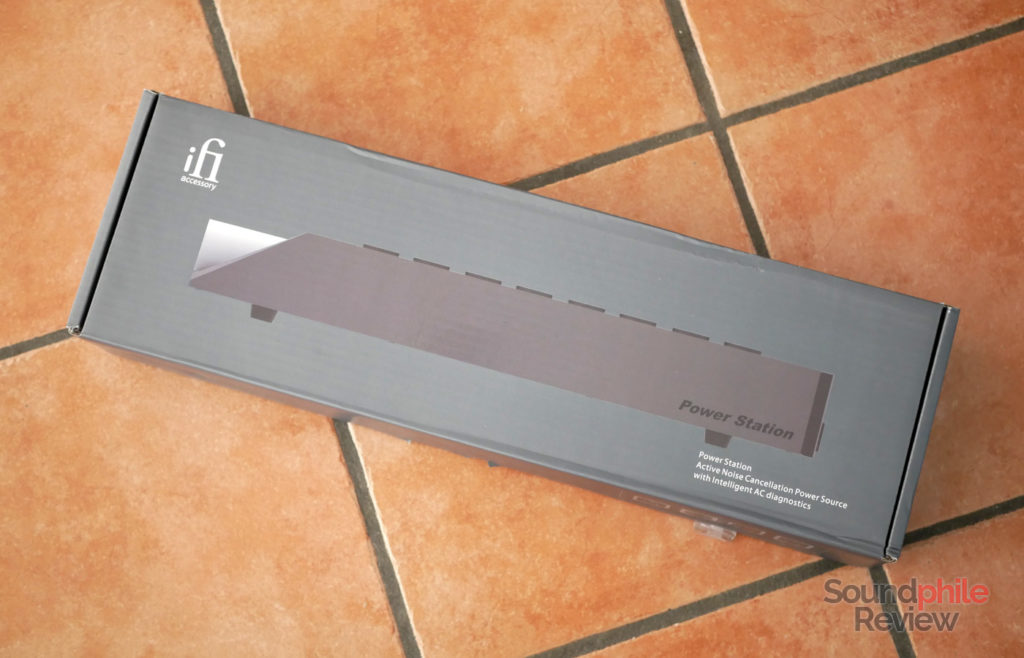 Packaging is massive just as its content. The cardboard box is large and heavy, but it only contains the PowerStation and the power cable. That’s it! 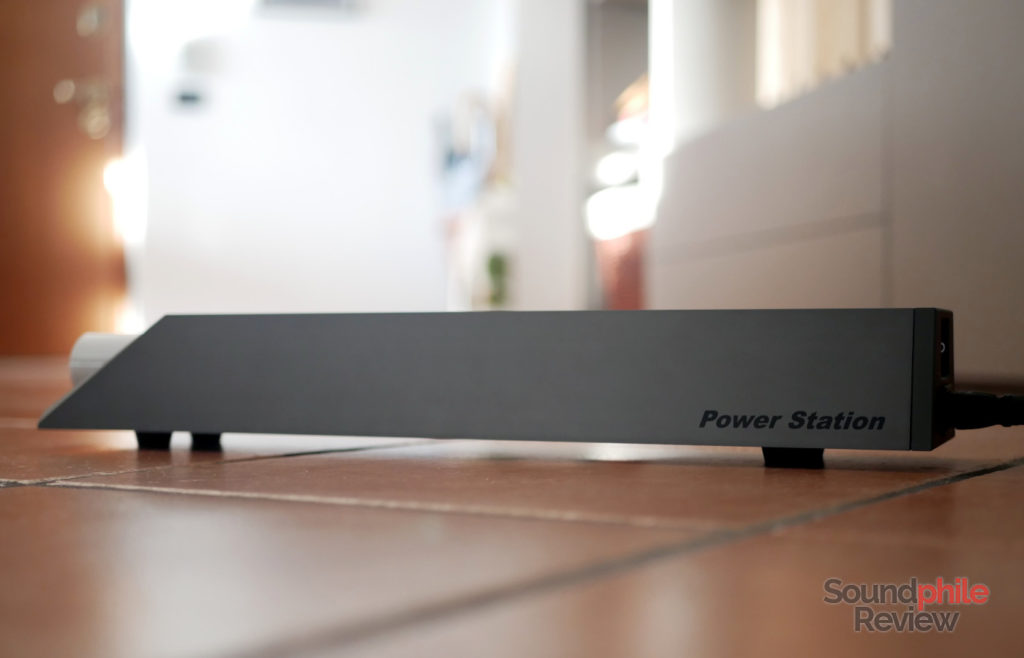 Apart from the very cool name which for some reason reminds me of a famous Pink Floyd cover art, the iFi PowerStation looks like a sci-fi tank and is built like one. It’s all sharp edges and hard lines, and this lends it a futuristic look and an imposing look. All the parts are made of metal, with the sockets and the power switch being the only parts made of plastic. Four screws hold each socket in place. On the underside there are four large rubber feet, again held in place with screws. 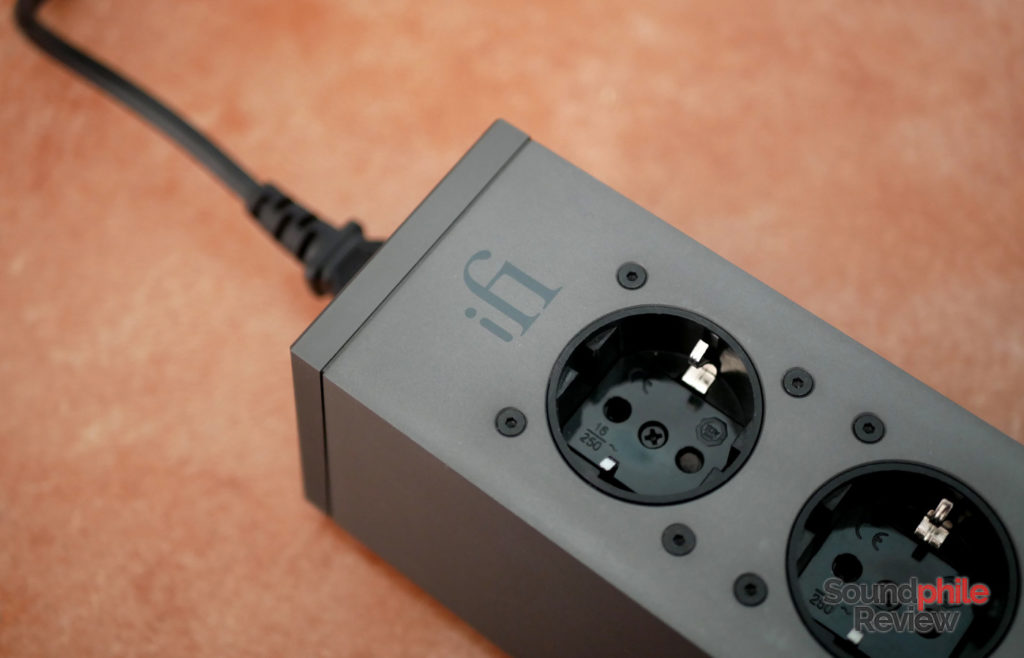 One one end there is the power button and the socket for the power cable. On the other end there is also an embedded iFi AC iPurifier which can’t be removed and which acts both as a status LED (it lights up when the PowerStation is turned on) and as an actual AC iPurifier, though the tech is applied to the whole multiple socket. The AC iPurifier also has a ground connector which one can use with record players. 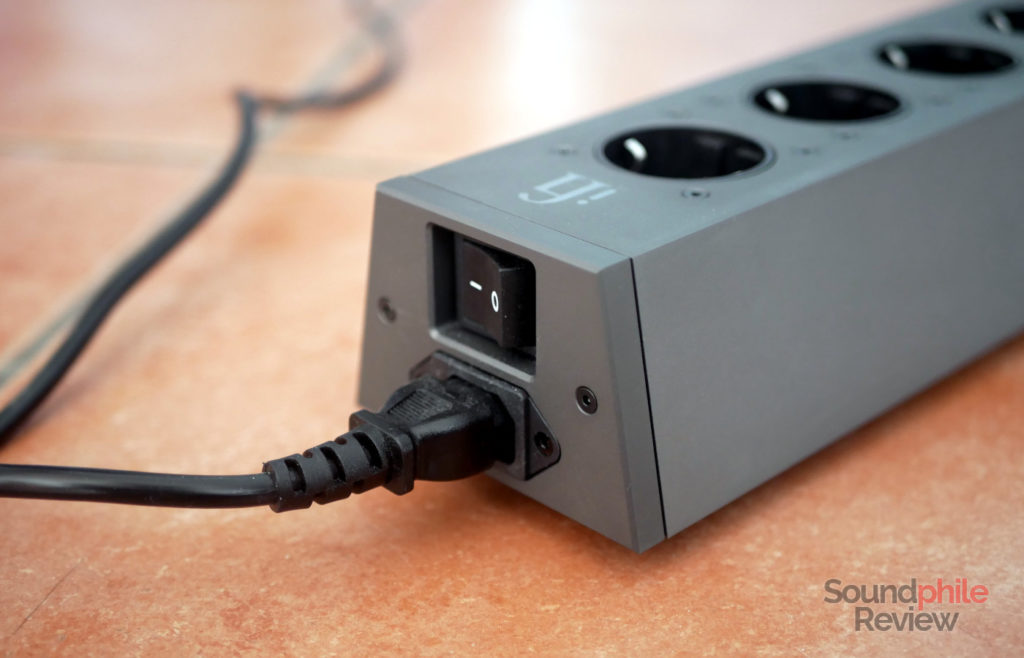 The PowerStation uses a power cable with a C15 (or C16, which is equivalent) connector. That means that it is possible to use it practically anywhere in the world, provided one can supply their own cable replacement. It also means that should something happen to the cable, one could easily replace it without the need to open the PowerStation. 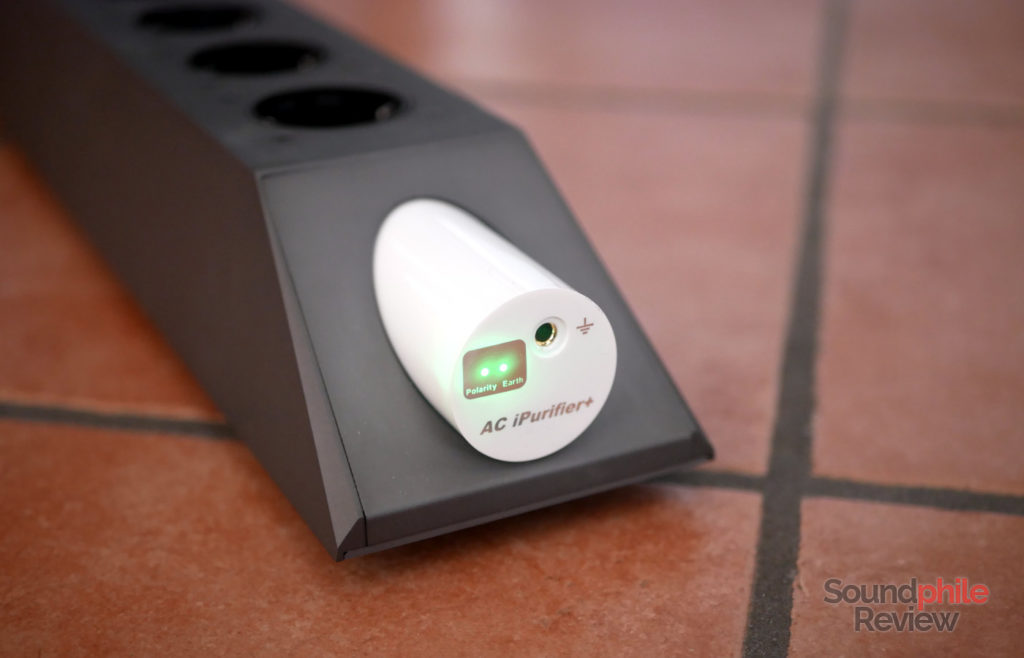 The metal is gunmetal in colour, with the underside coloured in black. The reference to how the PowerStation looks like a tank is not just because of the hard lines, but also because of the colour. There are apparent seams, but they contribute to the general aesthetics instead of taking away from them.

iFi built the PowerStation like… yeah, a tank. It’s heavy (~2 kg), but that’s because it’s solid metal. I would bet that it could be used as a weapon if properly accelerated. It looks and feels like a product that’s built to last, and that’s definitely not that common in the multiple sockets space.

I tested the PowerStation in my home in Italy, using the European (Schuko) power cord provided in the box. My test system is made of the iFi PowerStation to which are connected a Topping DX7, an APPJ PA1502A, a Little Dot MKIII SE and a Topping D30. Headphones used include the AKG K7XX, Moondrop A8 and Fearless Audio S10 Genie.

I’ve read people rave about how the PowerStation improved the soundstage, the imaging, how it made the sound “sweeter” and how it basically acted as an elixir that made everything better. I won’t question their subjective impression, but at the same time I have to remind there’s that thing called “placebo” in place. If there’s anything like that really going on, measurements of other similar devices could not pick it up and in this specific case I can’t hear it – and I would be somewhat angry with the manufacturers of my gear if their products were so badly designed that a well-made power strip could make that much difference.

Now, the PowerStation does only one thing, and it does that well. It removes noise from the power. I’ll be honest: I don’t know how it does that, I am no engineer and my technical understanding is limited. I do know that the noise in my Topping DX7, which has always been plagued by some background hiss, is reduced to the point it’s barely noticeable, whereas before it was definitely there. Most of the time I don’t hear it because it’s so low in volume that even faint sounds are enough to cover it. I call that a massive win in and by itself. Even if it does not improve the sound the way some people describe it, the fact that it removes most of the unwanted hisses and buzzes and humming makes the iFi PowerStation a product that I would actually want to be under my desk, period. Because that is what I call “improving the sound”: removing what’s not music so that you can actually concentrate on listening.

So let’s make this very clear: super expensive power cables, sockets and the likes are pure snake oil. They offer no improvement to the sound. The iFi PowerStation is different. It does not improve the sound in any way, as far as I can tell, but it does take away a lot of the noise coming from the power. That alone may be worth the price, if your power is really noisy. Of course an IEMatch costs a fraction of the PowerStation, but that’s only usable with some headphones and you can’t use it with speakers. It’s not working-class in price, but it does its job darn well.