iFi’s products are among the most known and popular among audiophile circles. The iFi micro iCAN SE is a headphone amplifier meant to produce a faithful yet engaging sound, as it aims to emulate the sound produced by tubes – which many deem better than solid-state alternatives.

The iFi micro iCAN SE is definitely not an entry-level amplifier, though its $300 price tag makes it affordable for a relatively wide audience. Thanks to its huge power output, it is ideal to drive demanding headphones, though it scales really well and can power anything starting from IEMs.

Disclaimer: I would like to thank iFi Audio for sending out a loan unit so that I could review the product. You can learn more on it on iFi Audio’s website. 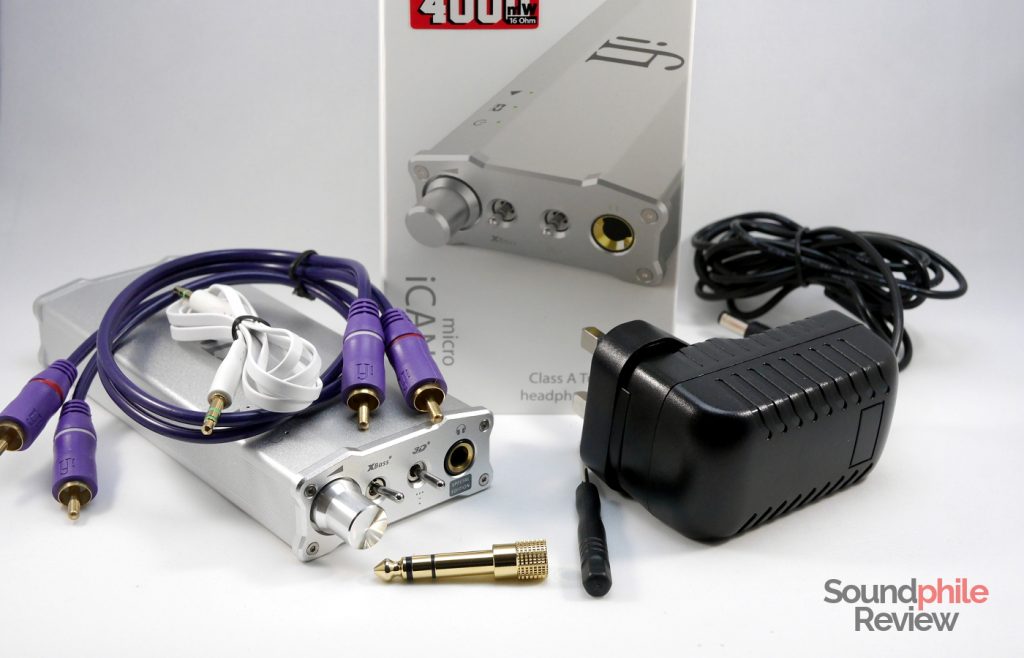 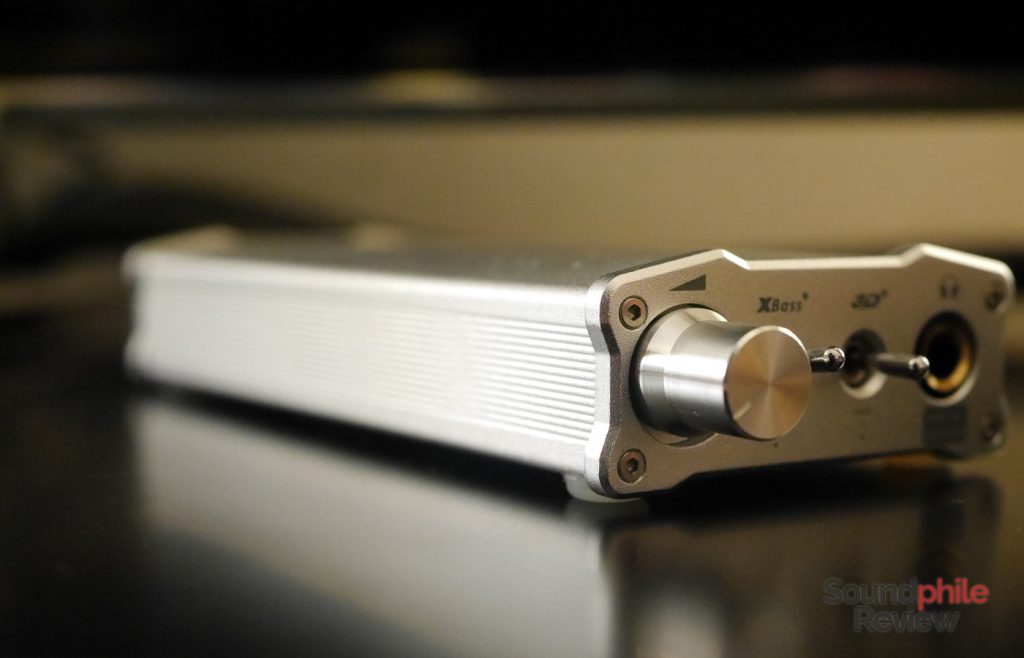 The iFi micro iCAN SE uses iFi’s signature elongated shape with a trapezoidal section. It’s a unique approach to design in the audio world and it gives iFi devices immediate recognizability – it’s really easy to tell them apart from devices made by other manufacturers. The iFi micro iCAN SE’s shell is entirely made of aluminium with a finish which appears similar to that used by Apple on MacBooks – it’s smooth and “soft”. The sides are covered in stripes which run though the whole length of the device, while the front and rear protrude a bit from the body both in length and height.

All in all, iFi achieved a simple yet premium design. The micro iCAN Se appears sturdy and robust and the metal is really solid. Assembly is good, though it isn’t exempt of flaws: both the volume knob and the 6.3 mm jack input are not well aligned with their sockets and tend towards one side (see the picture above: the volume knob is not centered). Though this is just a cosmetic problem and a matter of mechanical tolerances, it’s not something I would expect on $300+ devices. The switches are solid and have a great “clicky” feel. 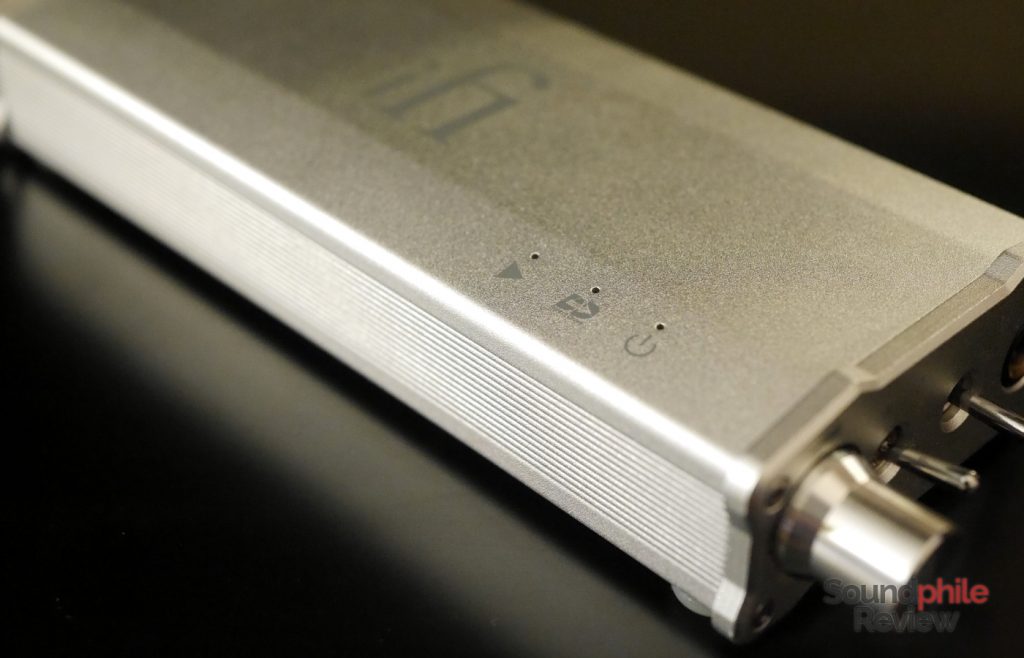 The front is home to the volume knob, the XBass switch, the 3DHolographicSound switch and the 6.3 mm output jack, while the back hosts a 3.5 mm input jack, two RCA outputs and the power connector. On the top there are three LEDs: the power LED, the “ready” LED and the DirectDrive LED. It usually takes a few seconds after the amplifier has been plugged in before the “ready” LED lights up.

The volume knob operates smoothly and effortlessly; when compared to the Topping A30 knob it feels smoother, while the Little Dot MK III SE feels much more solid and firm (feeling in turn more precise).

If I didn’t mention a power button, is because there isn’t one. One of the main cons of the iFi micro iCAN SE is the fact that it can’t be turned off unless you unplug the power adapter. The main problem is that it produces lots of heat even when not in use, so it absorbs a large amount of power (~5W) for nothing. Plugging it in only when you are going to use it is the best thing in my opinion – lower electrical bill, less pollution and less environmental impact (also, please fight climate change in your day-to-day activities!). 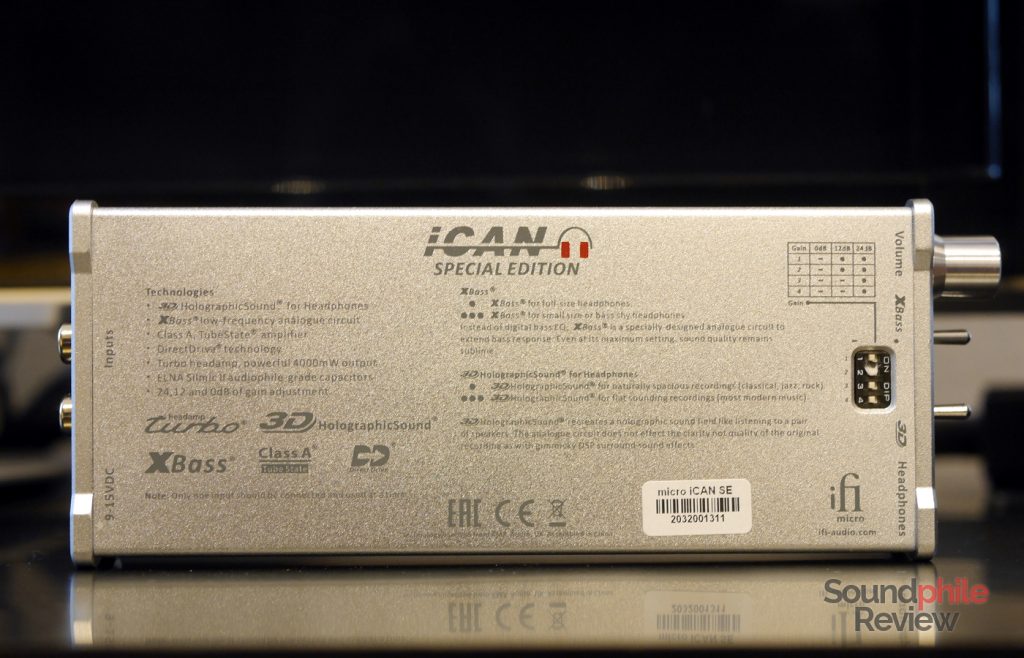 As a final note, iFi got a full load of marketing copy inscribed on the bottom – it seems like they printed the manual there. There’s no point in this, as this is not even meant to be used as a portable unit. Not only it is useless, but it’s also ugly enough – please, iFi, don’t do it on your future products. 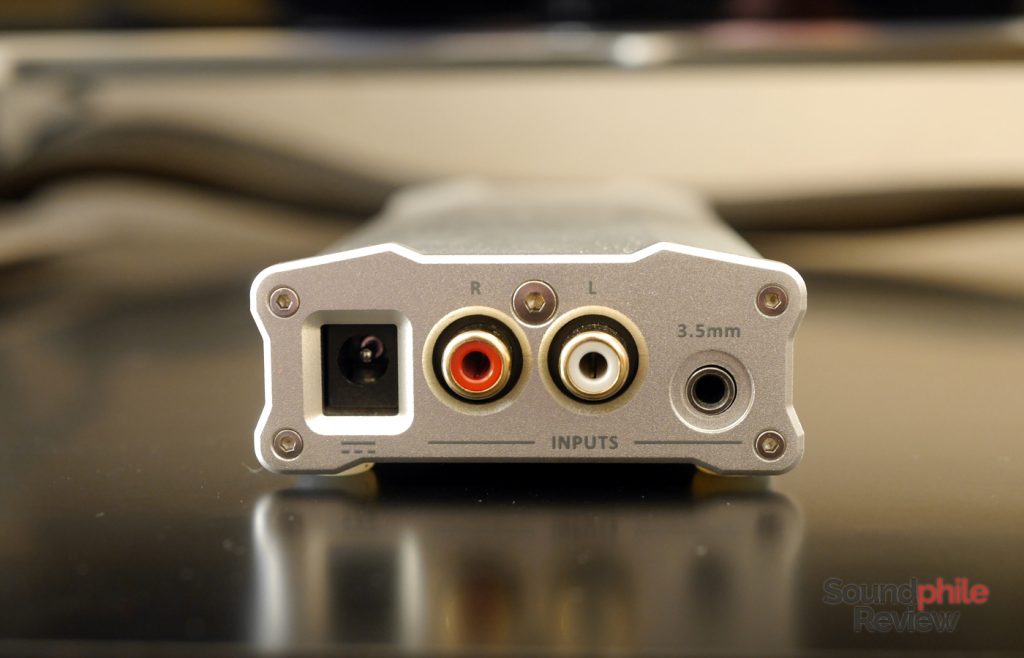 The iFi micro iCAN SE does not have a whole lot of features, though it offers a few interesting additions that make it possible to adjust the sound to one’s liking. This means that while there is not a large number of features, those present are indeed useful and well thought-out.

There are four switches on the lower side of the amplifier: they are used to set the gain, which can be 0 dB, 12 dB or 24 dB. I never really had to use those switches, as none of the headphones I used required it (for a complete list, see the “Sound” section below). This is due to the abundant power output, that makes it necessary to use the gain switches only with the most inefficient headphones.

The XBass switch makes it possible to add bass to your headphones without excessively altering their sound signature nor introducing significant, audible distortion. It is possible to select one of two different presets, that offer an increasing amount of bass. iFi stresses that the implementation of the XBass effect is completely analogical, so there are no DSPs involved – it’s sort of an analogue bass boost. The result is quite interesting, as it not only boosts mid-bass frequencies but also the lowest end of the spectrum, helping bass-shy headphones and models that don’t hit the bottom have that low thump that makes sound more engaging. I am not much of a basshead, so I did not find it that useful, but I have to admit that the lower setting gives even balanced headphones such as the Sennheiser HD6XX and the HiFiMAN HE-560 a nice emphasis that makes the sound warmer and rounder.

What I found most interesting is the 3D HolographicSound setting. This little switch is a small wonder, in that it really makes the soundstage larger as advertised by the manufacturer. It achieves this uncanny feat by applying a shift in sound towards the top. In fact sound becomes brighter after the effect is applied, but it’s not too noticeable. The soundstage, in turn, becomes noticeably larger, with instruments that are rendered on a larger front and are better distributed on it.

As I already noted previously, iFi developed a Class A circuit that aims to replicate the sound and feel of tubes. Called TubeState, the technology should introduce modifications in sound that make it appeal to tube fans. Truth be told, I could not hear the same differences in sound to a solid-state amplifier that I can hear when listening to the Little Dot MKIII SE. As I will expand on later, the sound seems pretty neutral in every sense.

The impressive 4 W output (at 16 Ω) means the iFi micro iCAN SE should be able to drive any headphones without issues – even the most demanding ones. As the gain switches allow to select the effective output, the micro iCAN SE can easily power anything from sensible IEMs to full-size cans.

Output impedance is really low: the so-called DirectDrive technology iFi uses means it is devoid of output coupling capacitors. As a consequence, the iFi micro iCAN SE is able to drive even low-impedance headphones without alterations in sound.

The iFi micro iCAN SE seems to be somewhat sensitive to electrical noise: even though I tried it using different power outlets and even in different homes, I could never hear a completely black background using sensitive headphones (i.e. KZ ZS6, Yinyoo IN8). There was always a bit of high-pitched buzz, though it was low volume. The problem is swiftly solved by the iFi Ear Buddy, though that’s just a patch instead of a real solution. Using less sensitive headphones or headphones with higher impedance I could hear no noise whatsoever.

The iFi micro iCAN SE sounds very clean and detailed. Although it is meant to mimic the way tube amplifiers sound, I can hear no evident imbalances in sound – it’s not, say, warm or gooey. It’s neutral, with great clarity and a touch of smoothness that makes the sound consistent and devoid of any fatigue. This is not to say that it will condone any harshness or faults in the recordings; as it is pretty much neutral and transparent, it won’t smooth out any unwanted or undesirable features in the sources – something that may be either positive or negative, depending on your taste.

Bass is present and well-controlled, with good speed and decay; mids are smooth and polite, and they sound natural and lively; the highs are sparkling and just in their right place. Everything sounds as it should. What I liked the most is the fact that everything sounds clear and detailed, without any harshness nor, on the opposite, clemency. Instrument separation is very good and becomes even better using the 3D HolographicAudio effect.

The iFi micro iCAN SE sounds great, but does it sound great for the price? Yes, it does, though it won’t make you think this is a device which belongs to higher price levels – it sits in the right position. It’s clear, neutral and offers enough power output to drive almost anything currently on the market. What’s more, it is very well built and it offers additional options that make it sound even better with certain headphones, also allowing you to tailor the sound based on your preferences.

All in all, the iFi micro iCAN SE is a solid amplifier which earns my recommendation – I truly enjoyed listening to it and I think most people would, too. Considering the (relatively affordable) asking price of ~$300, it is a staple in any audiophile’s stack.