It appears like the world of planar headphones is constantly expanding and new companies are boarding this train, admittedly loaded with hype (and a certain influence from current trends and fads). There is some merit to this, though, as planar headphones are possibly the best to reproduce bass in a linear and smooth fashion. Much of the innovation is coming from China, which is fuelling the lowering of prices; among the lower-end planar headphones recently launched are the Gold Planar GL600, small headphones that pack a punch.

Gold Planar appears to be a new brand created by an ODM which is already well-known in the audiophile scene as the manufacturer of Monoprice planar headphones. As those received quite a lot of praise, the GL600 should not disappoint. But let’s see how they behave!

Disclaimer: I received this unit from Linsoul, free of charge. The GL600 retail for $169.

The GL600 come in a rather large box – unnecessarily large, actually – which only contains the headphones and the cable. No case or bag is provided. It’s a rather spartan set of accessories, but given the entry-level price I did not expect anything too fancy. 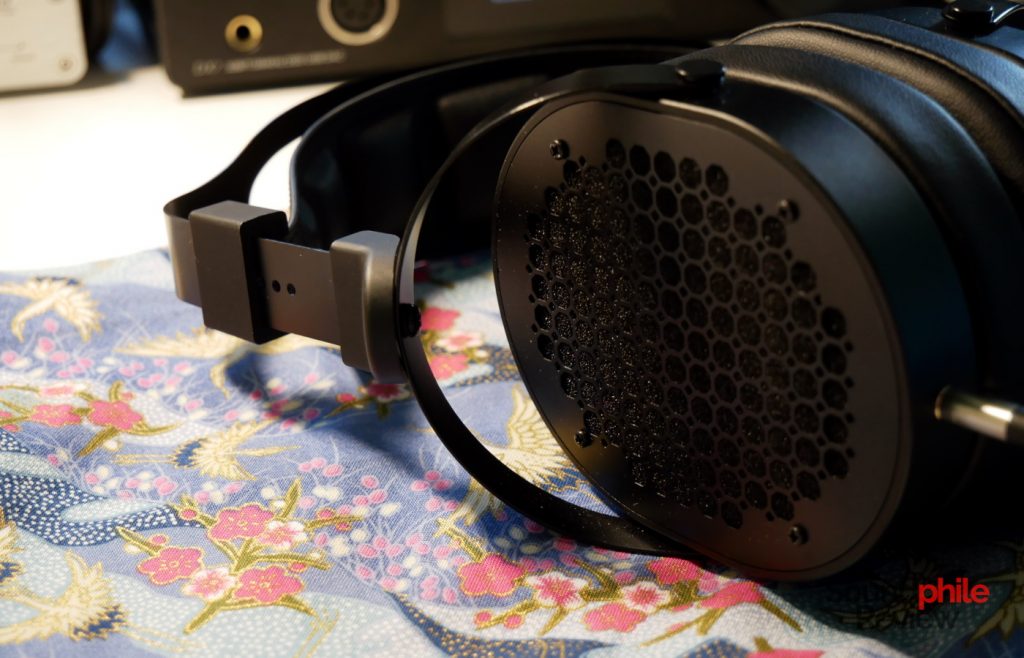 If the Gold Planar GL600 looks like the Monoprice M565, it’s because they’re most probably derived from those. The general design is quite close, but there are some very noticeable differences in the details. To be more specific, the GL600 are entirely built out of metal, whereas the M565 have wooden earcups; the headband does not resemble quite as closely the ones from HiFiMAN and the metal frame is also as wide as the suspended headband itself. The earcups have a perforated design that’s certainly unique, but may not appeal to everyone – I’ve read quite a few negative comments in that regard. It’s highly subjective, so you have to decide for yourself – hey, this is an audiophile blog after all! I’ll leave design to designers. 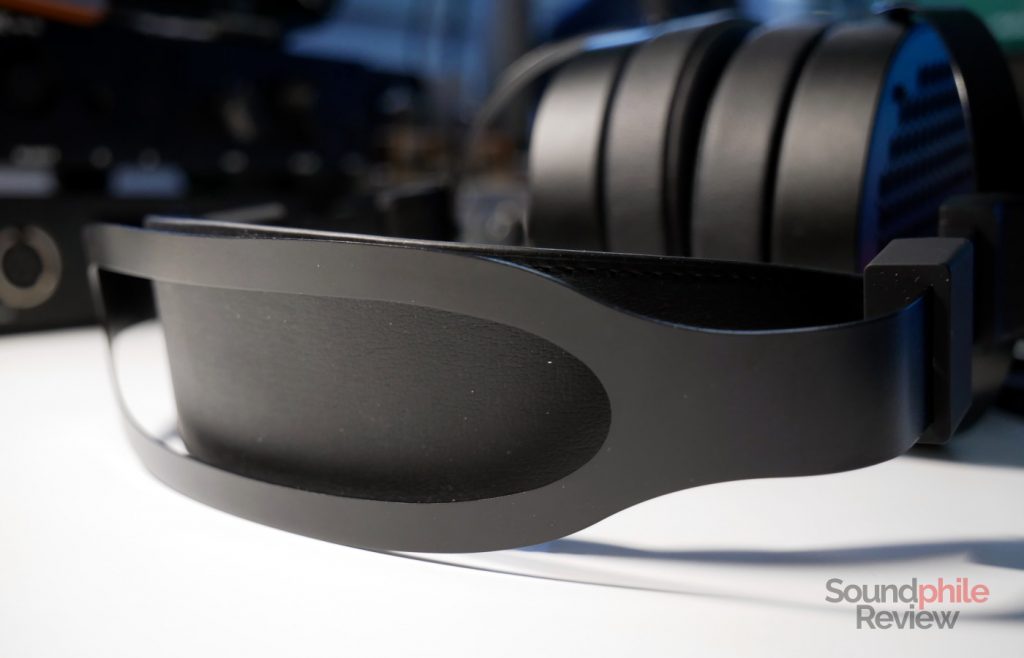 Another thing I’ve seen mentioned is the worry about the build quality. Thankfully the Gold Planar GL600 appear to be built quite well: the metal is solid not only in its looks, but also in its substance. The only element of worry might be the plastic bits that cover the junction point between gimbal and frame. I took it apart in the name of science (it’s just two screws) and found out that the plastic is actually cosmetic. It has no other function than to cover the otherwise ugly junction. So I feel confident enough in saying that the build quality is quite good, especially if we consider that this is an all-metal build (as far as structural components are concerned) in sub-$200 headphones!

Comfort should be quite good for the general public, which means if you’re not like me and therefore you don’t have a scalp that screams in pain every time you try to wear headphones. Luckily I don’t review them as a hobby, that would be quite a nuisance. Oh, wait. Anyway, the headband has generous padding and a good width, so it’s more than decently comfortable even for relatively long listening sessions. The earpads are quite soft and the (presumably artificial?) leather is not too hot. The clamping force is quite high, but not as much as to cause discomfort – at least in my case. If this is of any indication, I am wearing glasses.

Isolation is – you guessed it – null. Hey, they’re open headphones, what did you expect? 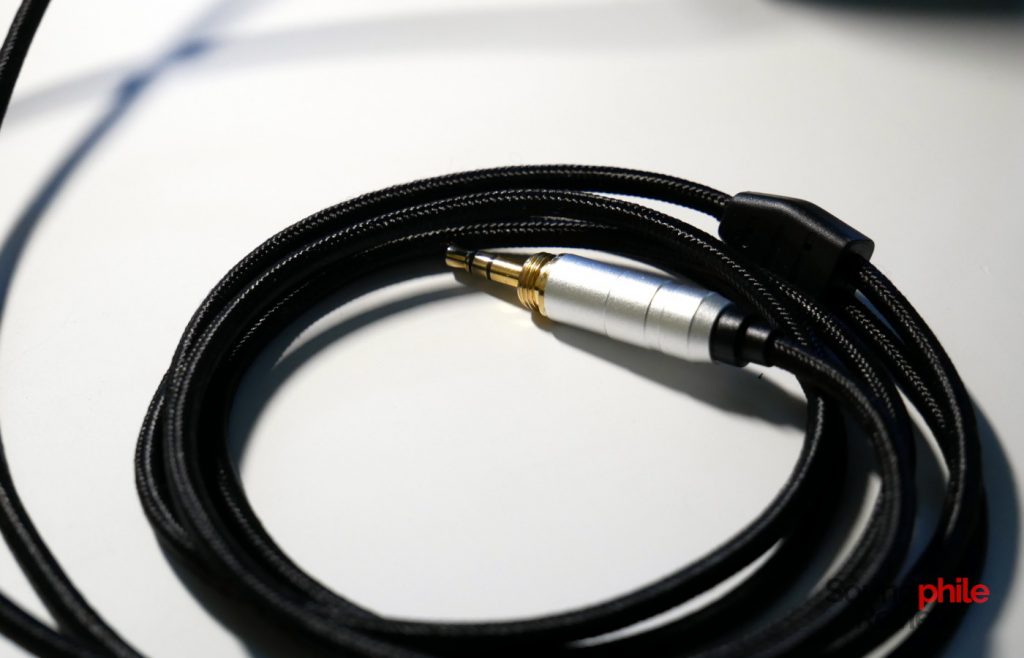 The cable is decently good, as it’s soft and malleable. It’s covered with a fabric sleeve that should help make it more durable. The 3.5 mm jack can has a screw thread so that one can transform it into a 6.3 mm jack (though the adapter was not included in the box).

I tested the Gold Planar GL600 using various equipment, including a Topping DX7 feeding a THX AAA 789, an iFi nano iDSD Black Label, a Burson Audio Playmate and a Shanling M2X. Source files were the same in all cases and were mostly FLACs (16 bit, 44.1 kHz).

The driver uses a 66 mm diaphragm with a proprietary construction method that makes “the ultra-thin nano-membrane even more responsive, providing a more life-like soundstage, improved resolution, and a fullness in sound across the entire frequency spectrum”. Now, as we’ll see things are not quite like that, but it seems like the company was able to create a sensitive driver that one can drive with almost any device.

The Gold Planar GL600 present the listener with a bass-heavy signature that privileges the lower end leaving midrange, and especially upper midrange, in the back. It’s quite a polarising signature – some may consider it “fatigue-free”, given there is little presence in the upper area, while others may consider it lacking as midrange appears dull and blunt.

Despite being open-back, the GL600 do not offer a very large soundstage and instead limit width and depth to a relatively low extent; width is in fact limited and instruments appear quite close to the listener, while depth is just hinted at. Imaging is good in terms of positioning between channels, with a good variation of positions, but limited in terms of giving each instrument its own specific place. Instrument separation is decent, but hindered by the tuning which makes it difficult to discern the various instruments when the track is even moderately complex.

Are you looking for fun? Then bass on the GL600 will be quite interesting to you: it is deep and very much present while also offering good physicality. It’s almost cumbersome in the sense that it’s preponderant and tends to get in the front even when it should not. Case in point: Adagio from Concerto Grosso Op. 6, No.8 in G Minor “Christmas Concerto” by Corelli (from the Master and Commander soundtrack), where the bass from double bass gets in front of the violins which should, however, be front and centre. In terms of quantity there’s certainly more than there should be. Quality, on the other hand, is quite interesting: bass is very decently fast, which also entails good physicality. Detail is adequate, but overall limited – it’s in line with my expectations for sub-$200 headphones, but on the lower end.

The excessive presence of bass is an issue to midrange, which it often overshadows and overpowers. Midrange has a weird tuning which privileges the lower area, but somehow completely misses the point in everything else. It seems like there is a somewhat large bump at the border with bass, but then there’s a slump that makes the middle and upper regions recessed and inoffensive – but not in a positive way. In fact this recession means that midrange is sometimes barely audible, and other times it’s just sounding off; most of the time it sounds muffled and muddied up. Practical example: Daft Punk’s Give life back to music, where the guitar being picked lacks incisiveness and appears blunted – it’s there, but it’s warmer than it should and sounds as if it wasn’t tuned properly. On the other hand, though, the level of detail is commendable: in that same track the pick hitting the strings does have a good speed (and also some physicality), while the background voices and noises are clearly heard.

Treble actually offers more than decent detail: there is a good amount of small details in cymbals, though no micro-details. Extension is decent, but extension is far from perfect as there is a very low presence in the upmost area. Treble often sits in the background, mostly in line with midrange, so it’s not really noticeable and you really need to pay attention to it to hear the various details. This may also be a concurrent cause of the limited soundstage. Overall it’s pleasing, but it’s for those who prefer a tamed treble than for those who look for rich and lively highs.

As I don’t have any other planar headphones in a similar price bracket, I’m gonna compare the GL600 to pricier planars and similarly-priced dynamic headphones:

Overall the Gold Planar GL600 are a mixed bag. They do have some interesting things going on for them, such as a very fun and enveloping bass (it’s great for films and games!), a metal build and a subjectively interesting design. But the same bass that makes the signature fun also makes the headphones quite limited in what they can do – they’re a one-trick pony that plays well with a limited amount of genres. They also cater to a very specific public and you may want to skip them if you like to correctly hear midrange and treble. If you are looking for something bass heavy, though, the GL600 may be a good choice: they have most of the stereotypical features of planar headphones that make them so appealing (speed, physicality, detail, bass depth, etc). Otherwise, I would not recommend them: their signature is too polarising to be viable, on top of being the umpteenth example of V-shaped Chi-Fi.