The Shuoer Tape garnered quite a bit of support when they launched and the company, roughly one year later, has launched a new model called the Shuoer Tape Pro which should improve on the features of its predecessor. Going with an Andromeda-like shell design and a relatively neutral sound signature, the Tape Pro feature an interesting tuning mechanism which, however, doesn’t tackle the largest issues they have with their tuning.

Disclaimer: I received this unit free of charge from Linsoul. They retail for $129. 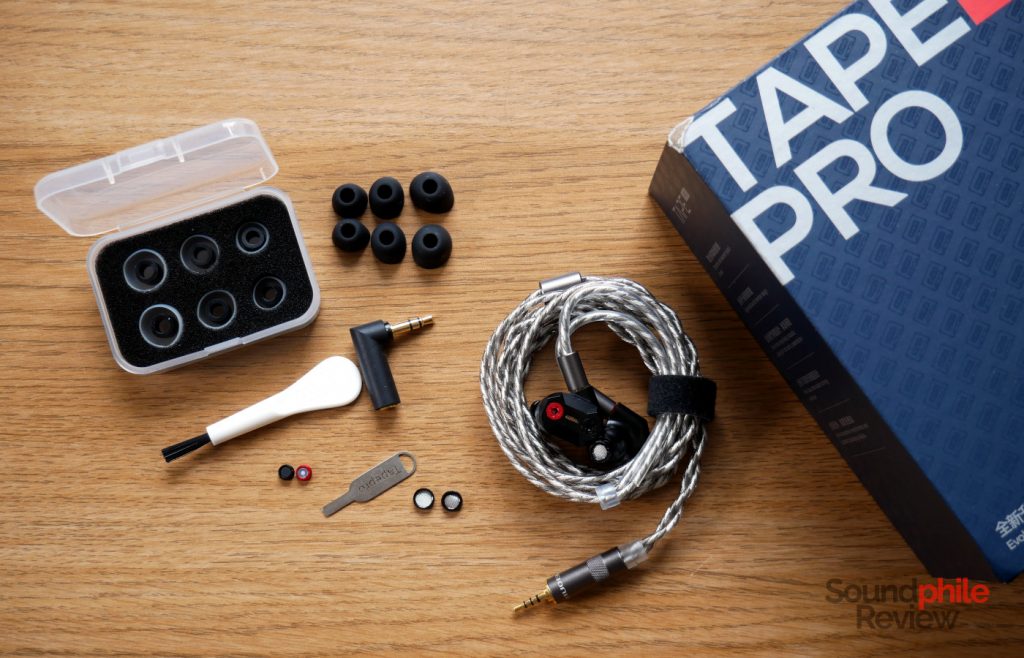 The Tape Pro come in a simple cardboard box which holds the earphones and the related accessories. Those include the removable cable, a set of single-density silicone tips, a set of dual-density silicone tips, a key to switch the acoustic filters (of which two are provided as replacements), two replacement nozzle filters, a faux-leather carrying case, a transparent plastic case for the dual-density tips and a small brush (to clean the inside of the nozzle?). 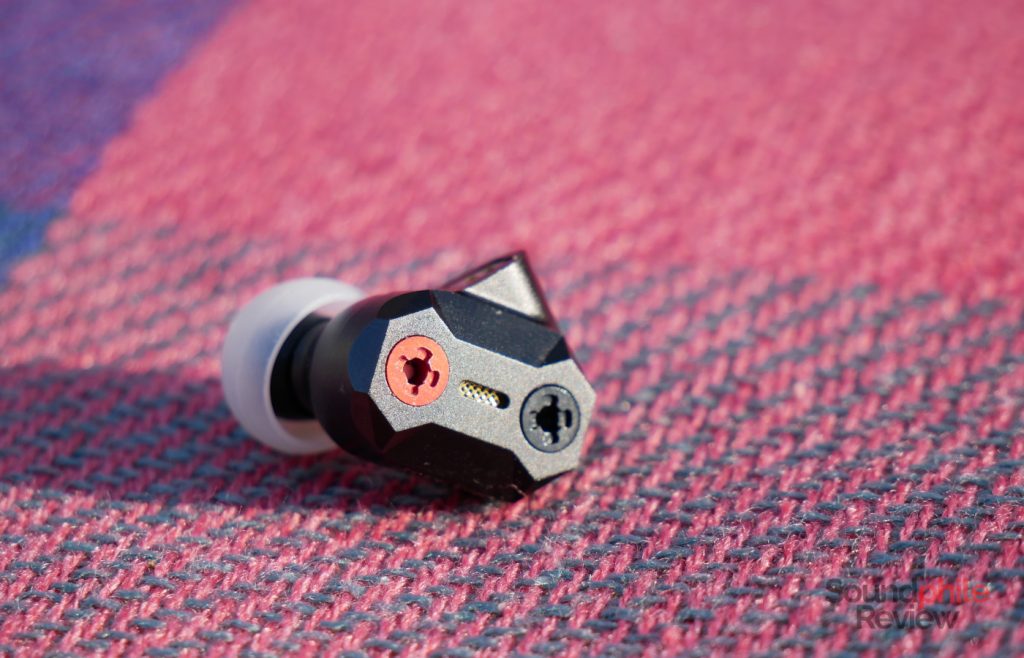 The Campfire Audio Andromeda surely left its mark on the IEM scene with its design: multiple earphones copied their appearance, from the KZ ZS6 to the PHB EM-023, to the Shuoer Tape Pro now. Although it’s not a 1:1 clone like the ZS6, the similarities are surely irrefutable and actually quite striking. They are different in one notable way: on the outside there are two screw-on filters that are used to alter the tuning by adding more bass. This has a visual effect as well, as one filter is black and the other is red. 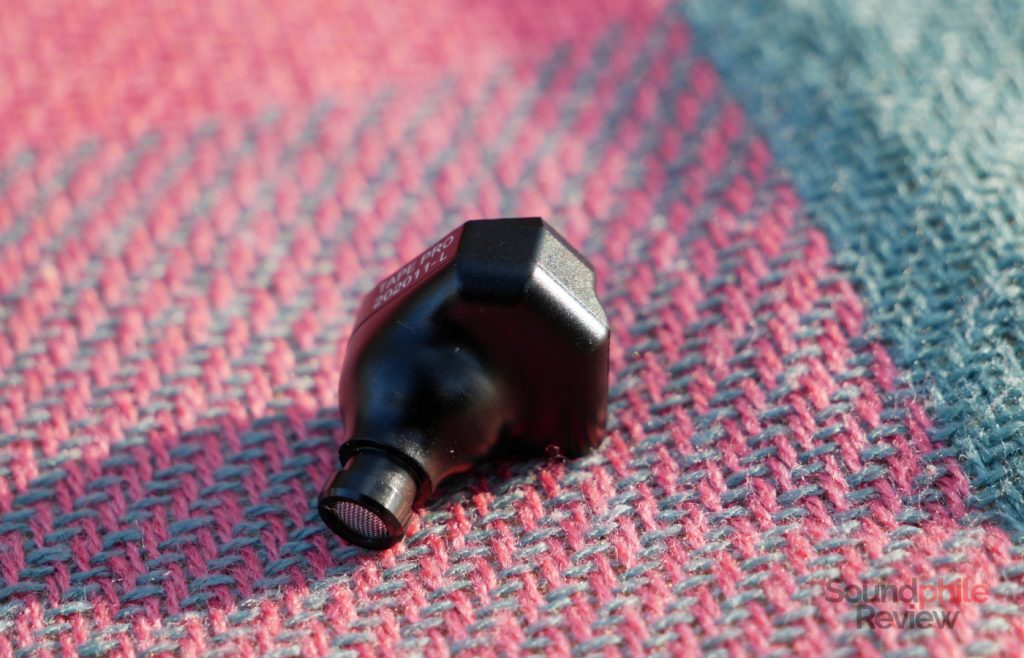 Build quality is more than decent, especially at this price point. While not perfect, the finish is great and the components are put together quite well. The only element of criticism I wish to report is that the filters are difficult to unscrew and to screw in. 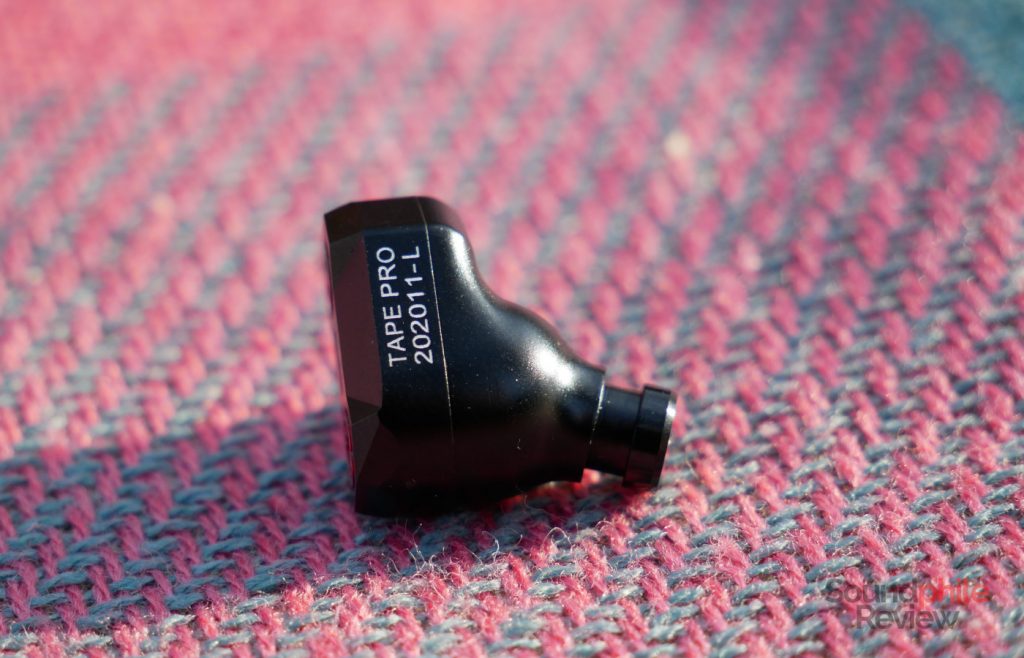 Just like most Andromeda-inspired earphones, comfort is not exactly top-notch. Although it is in fact better than that offered by the ZS6, comfort with the Tape Pro still leaves quite a bit to be desired: the hard edges the shells are full of make the ears sore after just a few minutes and I frequently find myself wanting to take the earphones off after half an hour of usage. The situation improves if I get the position in the exact spot where the shell doesn’t come too much into contact with the ears, but it requires a bit of effort to do that. In other words, the Tape Pro are not what I would suggest for everyday, longer listening sessions. 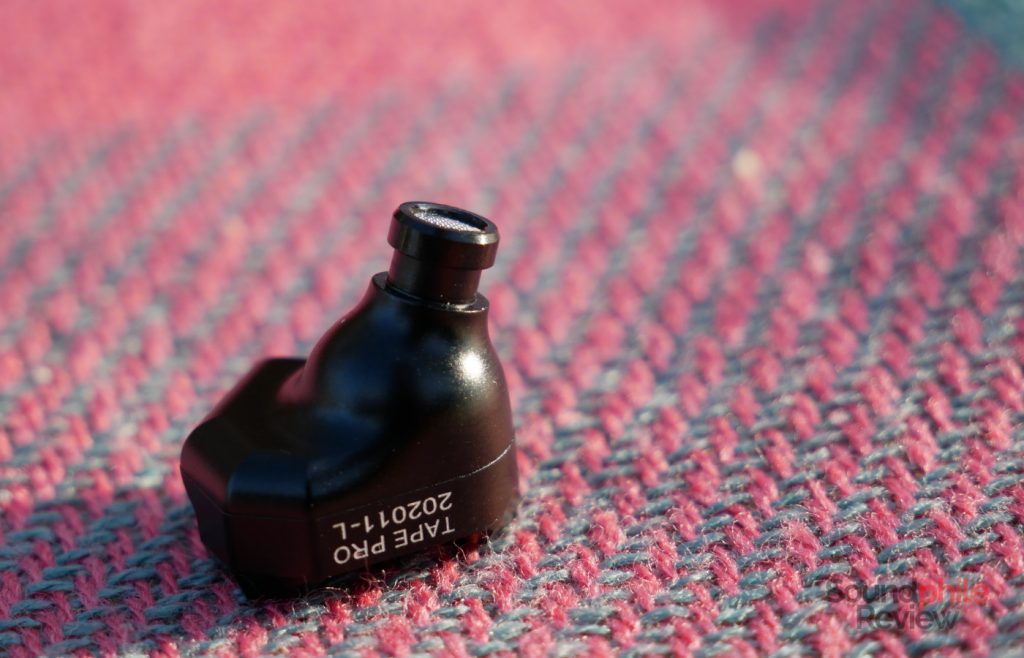 I think the Tape Pro are not closed-back earphones as they don’t have quite a good isolation (I think they’re semi-closed or, conversely, semi-open). In fact I could hear around me fairly well with them on irrespective of which eartips I was using. 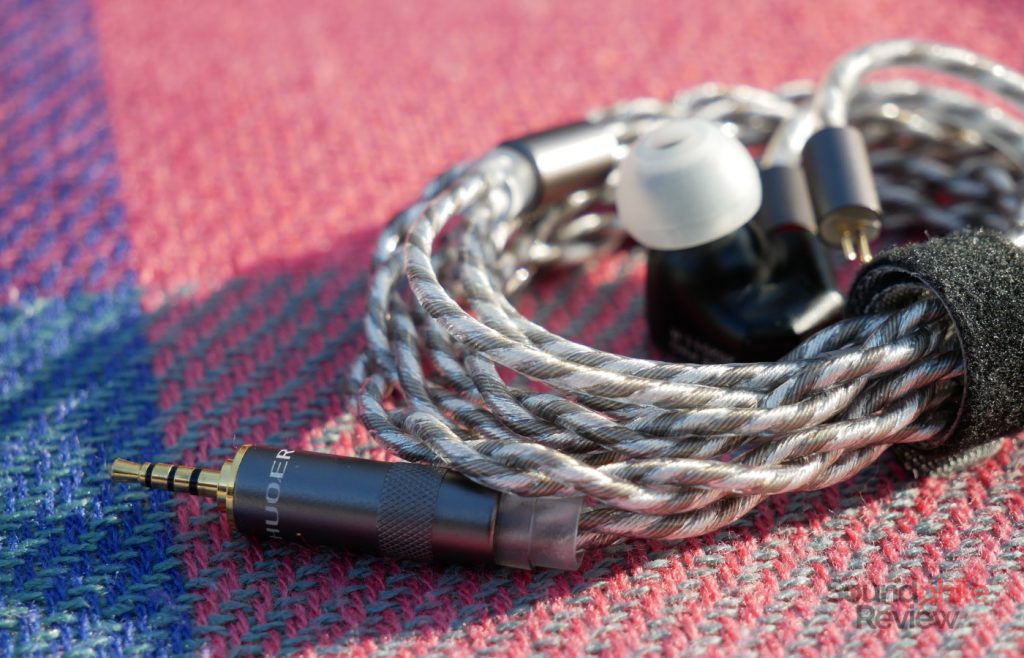 The cable is quite nice: it has just two cores, but they’re quite large. It feels decently soft and has low microphonics, so it’s easy to like. It comes with a 2.5 mm TRRS jack, which is quite a rare sight and especially so at the sub-$150 price point.

I mostly carried out testing using a Topping DX7 connected to a Drop THX AAA 789. Music was mostly coming from CD-ripped FLACs.

I find soundstage to be decently wide with the Tape Pro, although it doesn’t have too much depth and thus ends up being a bit bidimensional. Imaging is decent as it offers a good channel separation, but it can’t position instruments with high accuracy and you can only tell they are in a general direction more than in a specific point. Instrument separation is sufficient, but it’s hampered by the tuning which sometimes makes discerning the various parts difficult.

Bass is roughly in line with my definition of neutrality, as it mostly sits in the background and provides a foundation upon which the rest lays, never becoming excessive or overbearing and thus never taking away space from the midrange. But the thing is that it often ends up being too reserved, even when it should be bolder and stronger – a good example being Massive Attack’s Angel. That one only really works with the bass filters on (more on that later), as the other filters just don’t cut it. There might be a good thing here though, and that’s the depth: the Tape Pro manage to offer very good depth, reaching down to 30 Hz with ease and retaining good control and speed throughout the whole area – at this price it’s quite a feat.

Midrange is what perplexes me the most about these earphones as it is often too bright and almost metallic. Listening to Jethro Tull’s Aqualung there is a section that reminds you of an old radio and the effect is startlingly realistic on the Tape Pro… mostly because that’s how the earphones sound in general. The definition is there, so it’s not like listening to an old radio from that perspective, but the midrange is boxy, nasal and thin just like on those devices – and that’s because midrange has a presence that’s excessive in the middle region, more-than-necessary in the upper region and insufficient in the lower area. In other words, there’s a large bump in the area around 2 and 3 kHz that makes everything sound hollow. Detail is decent and so is physicality, but tuning is fundamentally flawed.

Treble is quite weird, because it often presents a good level of detail to the listener, but only under certain conditions. It’s a bit weird to explain because sometimes you hear a very good level of detail, and other times it’s incredibly bad. The conclusion I’ve reached is that the Tape Pro has good presence in the lower area, but then there’s a huge dip after the 5 kHz mark, with a couple of small peaks around 8 and 10 kHz and then a nosedive after that, so that the highest part is basically inaudible. Extension is, as a consequence, quite bad; what these dips and peaks mean is that treble is not coherent and linear, but quite fatiguing as it ends up emphasising only certain frequencies on their own, without the surrounding sounds to give you context and make them part of a bigger something.

The filters do little in terms of influence over the frequency response. The red one increases bass a bit, but it’s an overall minor difference in the larger scheme of things as it doesn’t fundamentally alter the tuning to correct some of its shortcomings.

I compared the Tape Pro to a couple of earphones in a similar price range I have:

I’ve read 1-star reviews on the Shuoer Tape Pro and those seem highly exaggerated to me. Sure, they are imperfect, but I’ve heard much worse stuff. Still, there is no doubt that the Tape Pro are flawed and that the key flaw is their tuning, which is incidentally the most important bit in an earphone. There are a few other areas in which there are issues, like comfort and the difficulty in changing the filters, which make the Tape Pro a tough sell. If we consider them in a void, I don’t think they are outright bad – again, I’ve heard much worse. But as they sell for just short of $150, I think their flaws are just too important for them to be a viable option.