Crystal? Check. Pearl? Erm… check? The Fearless Audio Crystal Pearl have a weird name for sure and an interesting design, but they pair these two elements with a balanced sound signature. Despite their position in the lower tiers of the line-up, and despite having just two balanced armatures, they are really good in every respect. If only they were a bit more comfortable…

Disclaimer: Linsoul Audio provided this unit free of charge. They sell them on their website at $199. 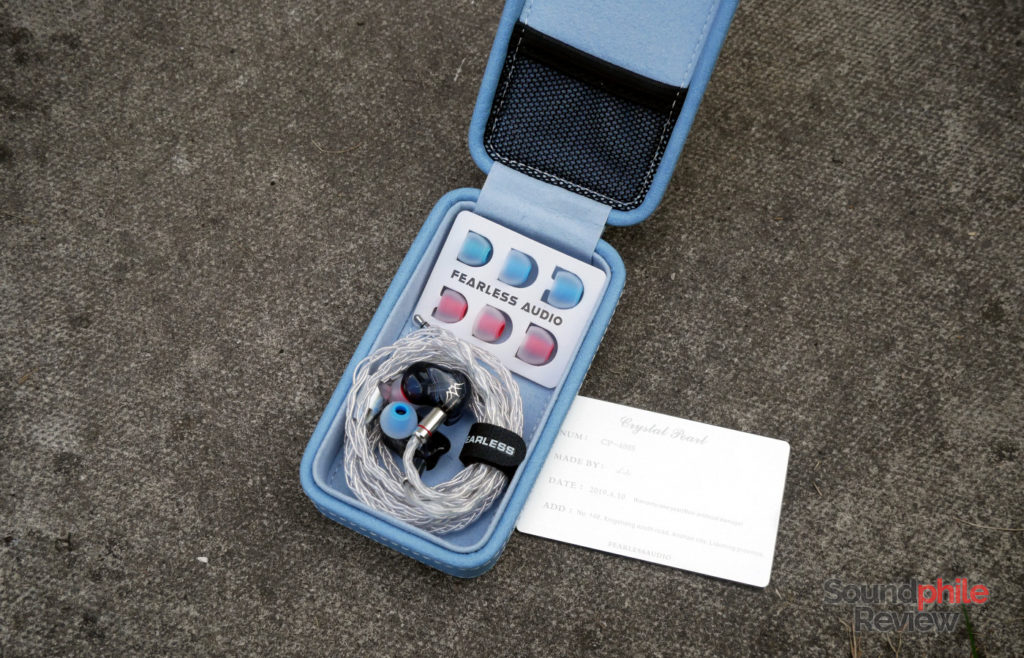 Anyway, the Fearless Audio Crystal Pearl has the usual light blue case covered in faux leather and holding the earphones and three pairs of dual-density silicone eartips, plus an additional one which comes on the earphones. The tips are coloured so that they can act as indicators of the channel: the right is coloured in red and the left is coloured in blue. There’s also a metal plaque with information on the unit such as date of manufacturing, person who assembled it and serial number. 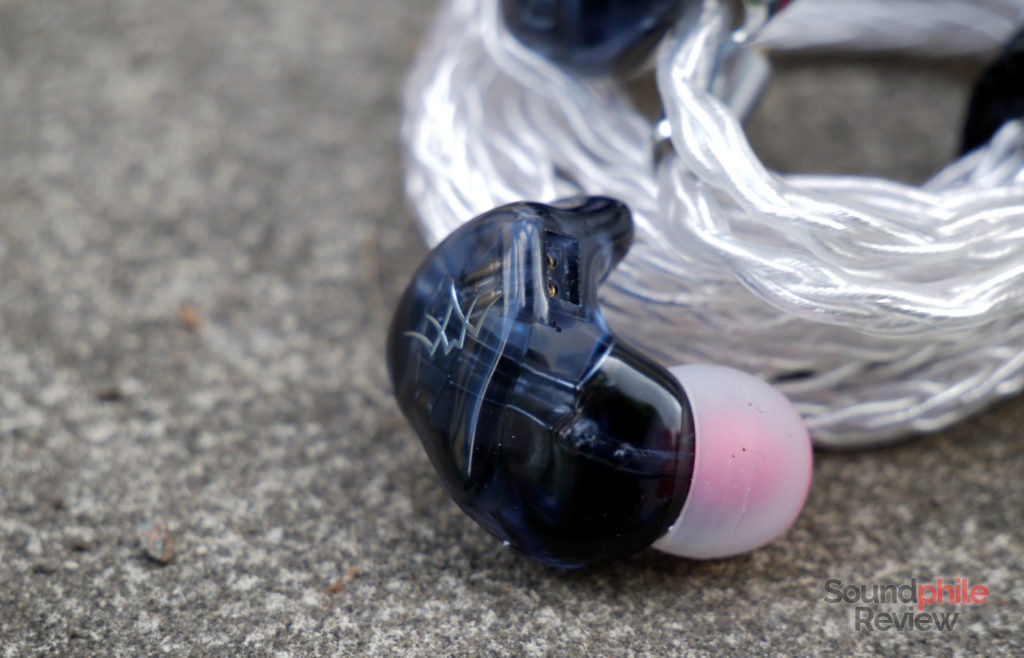 Fearless Audio appears to follow the teachings of popular wisdom (“never change a winning team”), so they stuck with the tried-and-true formula of general shell design already seen on the other products. There are a few notable differences, though: the shell is made of transparent resin and shows everything that is inside with great clarity – you can clearly see the internal components including the two balanced armatures and the 2-pin socket. The faceplate is also completely transparent and only has the Fearless Audio logo in silver on it. The name of the Fearless Audio Crystal Pearl surely seems justified by their looks! 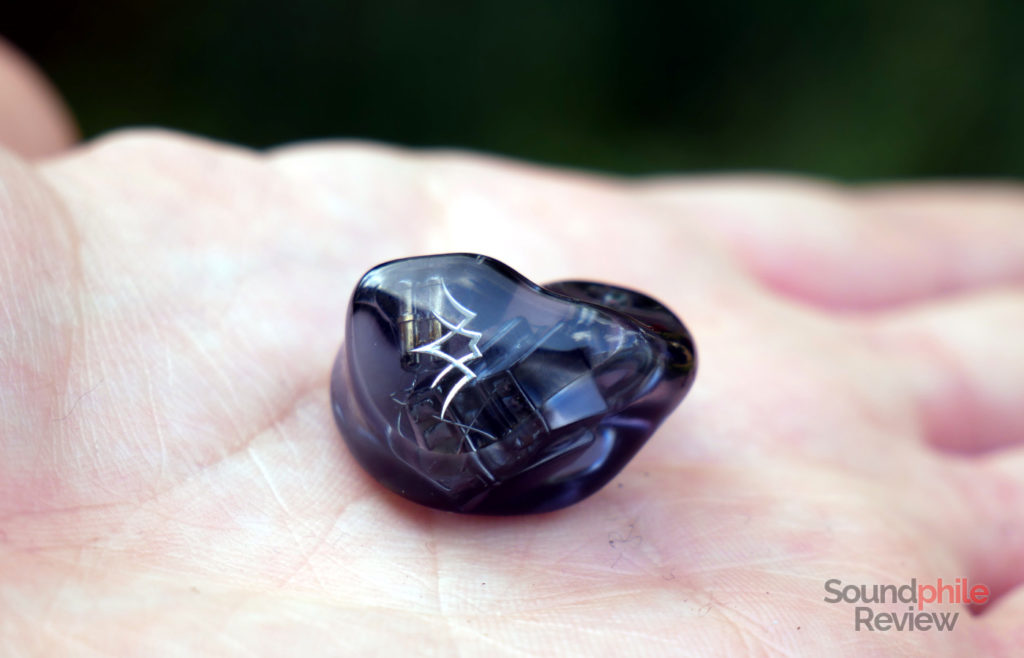 Despite residing in the lower end of Fearless Audio’s offering, the Crystal Pearl are very well assembled and are made with good materials. In fact they are made with a special medical-grade resin, which should prove .

Although the Fearless Audio Crystal Pearl are generally shaped like the other products by the manufacturer, they feature more ergonomic shapes. At least in my case, though, these shapes end up making the earphones less comfortable than if they were absent. The additional “wings” on the shells make the earphones uncomfortable after less than half an hour, and force me to keep adjusting their position often. This is my personal experience, of course, so others may be luckier and find them more comfortable than I do. 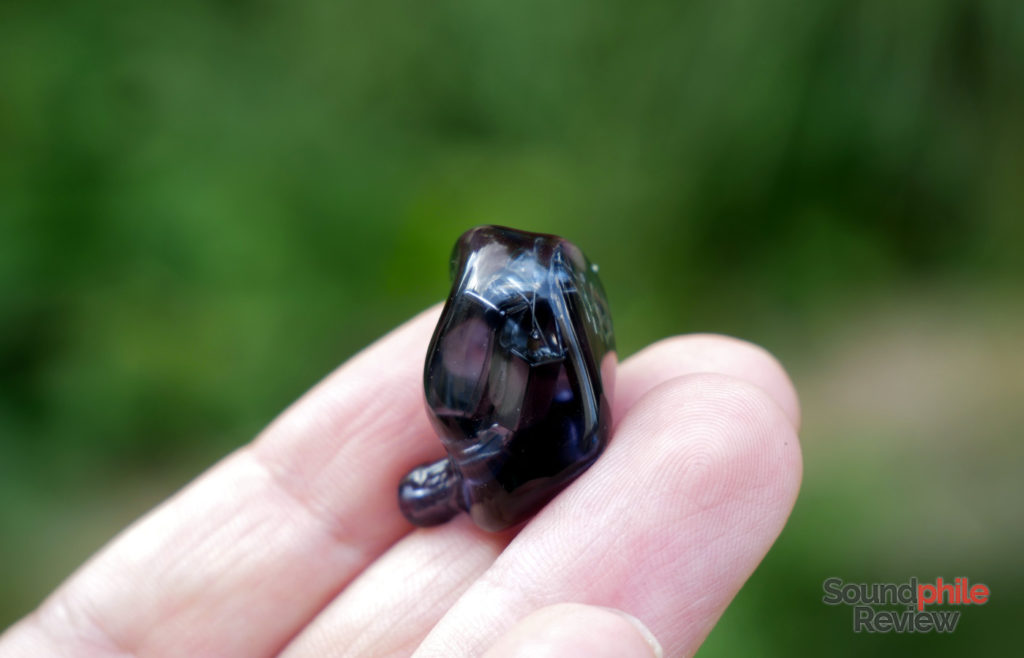 The Fearless Audio Crystal Pearl offers moderate isolation that results in noise from outside being reduced in volume but never cancelled. The only way to exclude noise is to raise the volume, which is not really advisable in some situations (e.g. while on a plane). 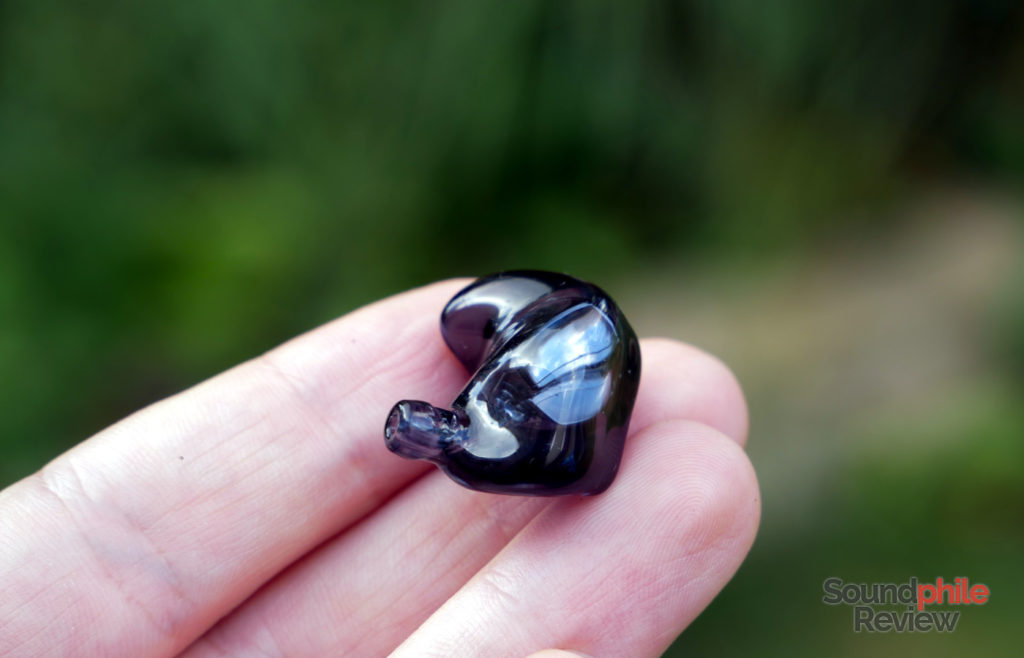 The cable is identical to the stock one used for the S8 Pro. It is therefore quite good in terms of build quality and quality of materials, but it is also a bit heavy because of the solid aluminium components (e.g. the large Y-split). The unit I received seems to be defective as it started displaying issues with the left channel, which stops working if the cable bends in a certain way near the jack. That’s surely an issue with my unit and not a general one, but it has to be flagged.

I tested the Fearless Audio Crystal Pearl using the following gear: a Topping DX7 and a Burson Audio Playmate while at the desk, and an iFi xDSD and a Shanling M2X while on the move. I also used attenuators like the iFi Ear Buddy.

The Fearless Audio Crystal Pearl use two balanced armatures by Knowles, the CI-22955 and the ED-29689. Their impedance of just 10 Ω and their sensitivity of 120 dB put them in the super-sensitive range and makes them incredibly easy to drive. In turn, it also makes them especially sensitive to sources: they tend to display any background noise and to alter their response if output impedance is too high (so just over 1 Ω).

When I saw that the Crystal Pearl only use two balanced armatures I though they would not be able to reproduce deep bass with good presence. Alas I was right, as bass is limited both in depth and presence, and this “shyness” also involves lower midrange. The resulting signature is mid-centric, but there are a few ups-and-downs that make it a bit odd.

Soundstage is surprisingly wide on the Fearless Audio Crystal and although it is nowhere near open-back earphones, it is still much larger than I expected it to be. It also has some depth, and this is quite remarkable in this price range. The only issue I found is that it tends to be a bit too polarised between left, right and centre – the shades between those three positional cues are limited. Imaging is therefore decent, but nothing more – even though it can place instruments on multiple layers of depth. Instrument separation, on the other hand, is quite remarkable for earphones with just two balanced armatures.

Bass is not really present, and this leaves a hole where the foundation of the sound should be. There is some bass, but it’s really low in volume – even more so than on the Tin Audio T2, where it already is reserved. The good news is that it goes deep enough, reaching 40 Hz, although volume is limited. The good thing about balanced armatures is that the bass they create is very fast, with short decay and good precision, and with a good amount of detail; the Crystal Pearl make no exception. It’s not overly detailed, but it’s still very good in this regard.

What is most noticeable in the tuning is, however the lack of lower midrange. This makes the sound as a whole a bit hollow and lacking in body – instruments and voices sound as if they were out of place, as if something was missing and the tone was off. Adding ~1.5 dB in the 200-300 Hz range largely solves this issue and restores the normal sound of music. More than the lack of bass, which is ultimately a matter of taste, this is the most glaring issue with the Crystal Pearl as it alters the tonality of music and just doesn’t sound right. On the other hand, mids are well detailed and fast, also with some unexpected physicality.

Treble is probably the best part of the sound of the Fearless Audio Crystal Pearl. It is in fact present, probably even a bit too much so, but it is also well detailed. It is concentrated in the lower and middle areas, with a rapid roll-off, but this is enough to make it present in the mix; it climbs up from the border with midrange and then reaches the peak in the mid area, going then down after that. The level of detail is remarkable, to the point there are some micro-details I would expect in earphones in higher tiers.

Lovers of rock, blues and other genres with a lot of electric guitars will undoubtedly love the Fearless Audio Crystal Pearl, but other genres may not be as well represented. They’re a bit picky due to their tuning, but with the right genre they may sound really well.

A few comparisons with other in-ear headphones:

The Fearless Audio Crystal Pearl are indeed interesting in-ear headphones, but they are quite limited in scope: they sound good, but they only sound great with some specific genres. They’re mainly meant for those genres where bass presence is not fundamental.  At less than $200 they’re an interesting proposition, thanks to their good technical ability and their detail retrieval. Plus they really look great – no, seriously, they’re among the sexiest earphones I’ve seen.