KZ is well known as a manufacturer of products under its own brand, but the company also provides OEM services to other companies so that they can sell products under their own name but manufactured by KZ. Tripowin’s TP10 is one such example: the earphones were clearly made by KZ, though it’s hard to say whether the company itself is at all related to KZ in other ways. What’s sure is that there are multiple examples of this design being used on the market, which sparks the question of which one should be bought.

Disclaimer: I received this unit as a free sample from Linsoul. They sell it on their website at $60.

Packaging is the same one can find in any KZ product: a cardboard box with a slide-on cover which holds the earphones, the cable and three pairs of eartips. 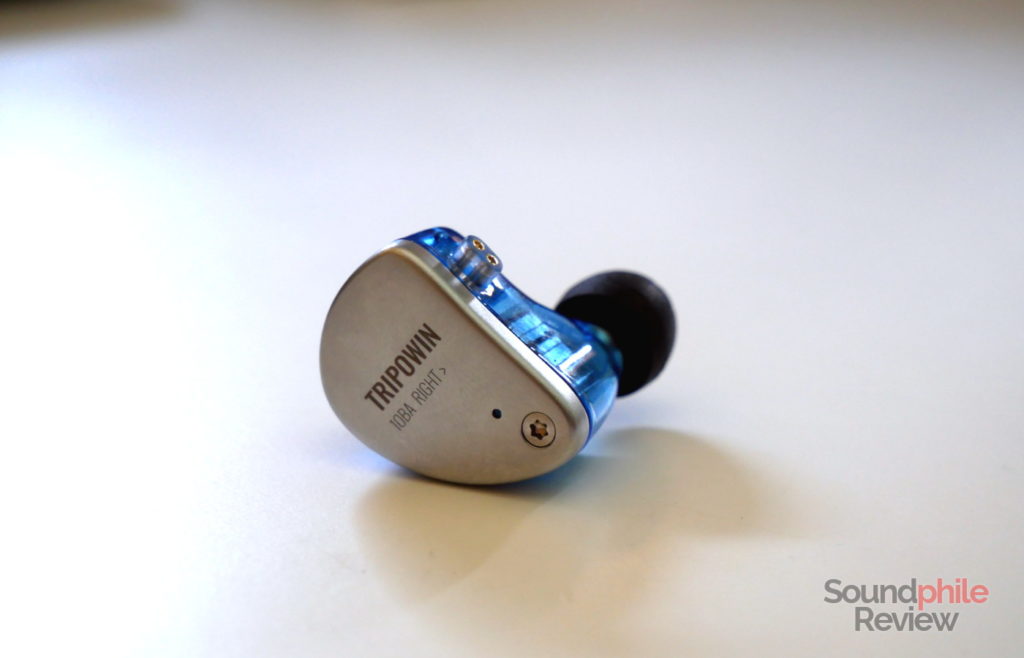 Do you remember the KZ AS10 and the CCA C16? Good, then you’ve already seen the Tripowin TP10. They’re literally using the same shell! There are no differences whatsoever in build or materials. The only difference I can tell (but just because the shell on the C16 and AS10 is not transparent) is that the TP10 has a 3D-printed “sound conveyor” which takes the place of usual sound tubes. As the shell is hollow, it needs something to convey the sound to the nozzle, so KZ resorted to using this 3D-printed thing. 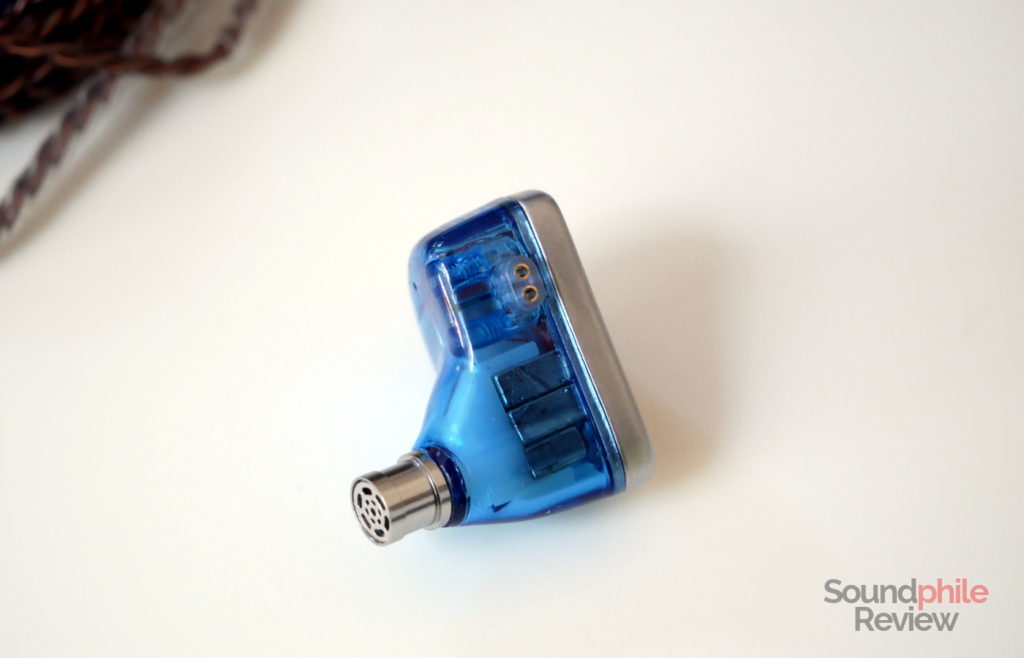 Build quality is the usual one of KZ products: decent, and that’s about it. Materials are good quality. For the price, I really can’t find any faults in them.

Comfort is actually really good, as the shells have no sharp edges. They’re not small, though, so people with smaller ears may find them less comfortable. They’re overall more than decent though, and I can wear them for a few hours without any fatigue or discomfort. 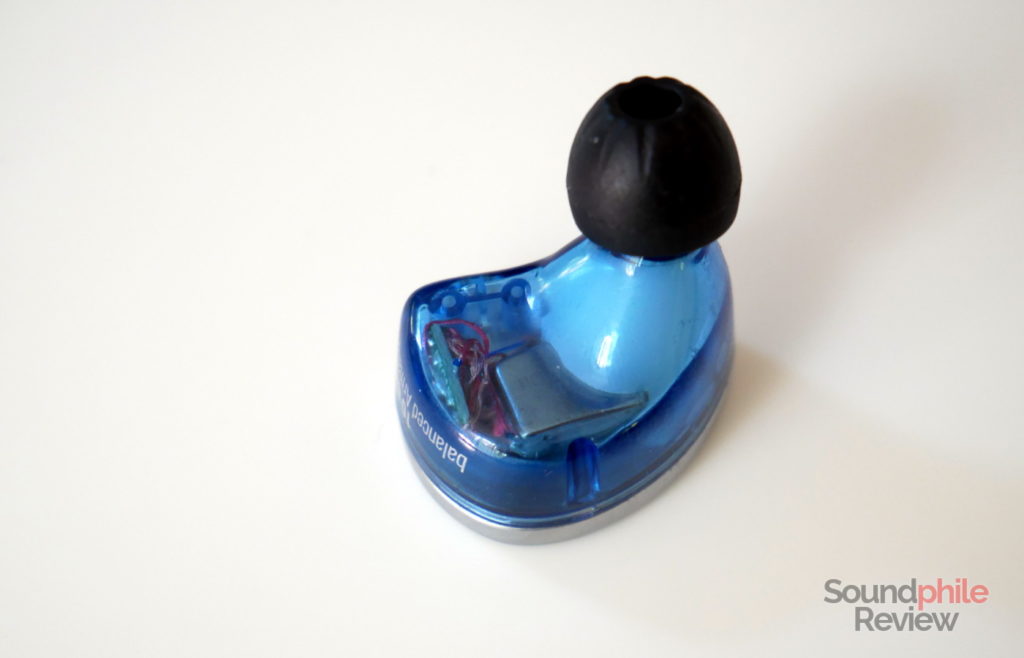 Isolation is decent, as the Tripowin TP10 block enough outside noise for it to be barely noticeable, unless it’s high volume (e.g. trains, heavy traffic, people shouting, etc). The Tripowin TP10 would be good IEMs for commuting. 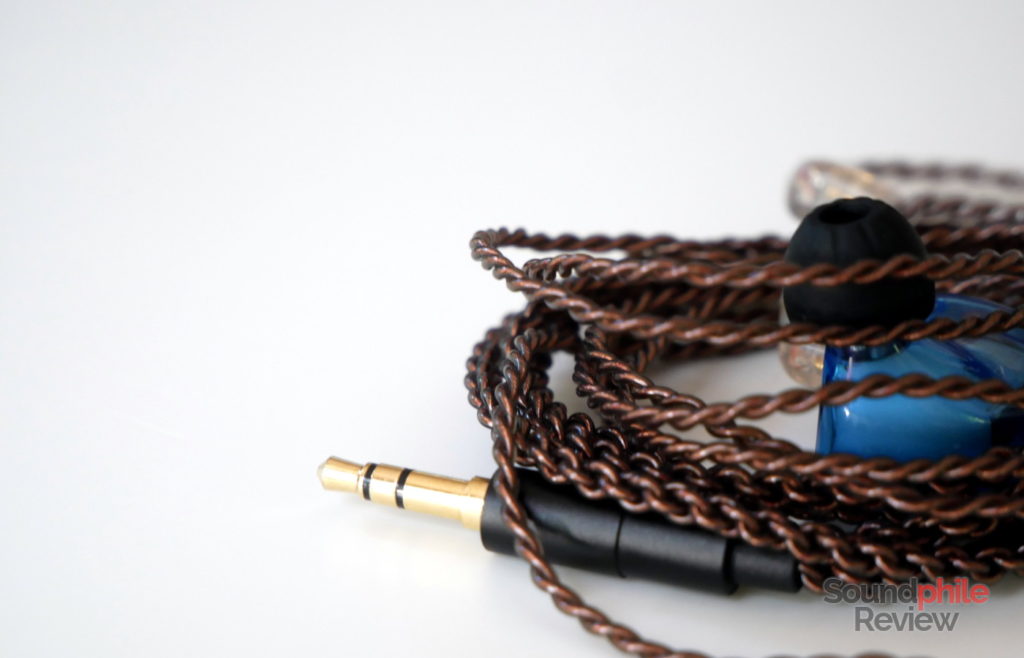 The cable is the classic one that all KZ earphones have: four cores, two per channel, covered in a brown plastic sleeve. It tends to have kinks and it has close to no strain reliefs, so it’s not the best in terms of durability. It’s a cheap cable and it shows.

I tried the Tripowin TP10 at my desk using a Topping DX7 with an iFi IEMatch.

What surprised me is the lack of dynamics. Everything sounds more or less at the same volume, taking away the differences in how the different instruments are presented. On the other hand, though, there is good instrument separation that makes the sound clear when the track is not too crowded. Soundstage is neither especially wide nor deep, and imaging is not really good as it does not place instruments clearly on the stage if they’re not exactly on the left or on the right.

Bass does not have much extension and is mainly concentrated around the middle part. In fact there is a bit of a bump around 80 Hz, with a steep slope going down with frequency. This makes it sound a bit hollow, as it lacks the deepest notes almost entirely. As it’s produced by balanced armatures, it is fast and not physical at all. The level of detail is decent, but the lack of the deeper range takes some of that away.

Midrange sounds hollow, without body. It is skewed towards the upper area, which is prominent and leaves the lower part too much in the background. Pianos sound artificial, as if they were reproduced by a cheap radio. The same applies to most other instruments including brass instruments, as the upper region takes control of the scene and overshadows everything else. In the end the sound appears poorly balanced, tinny and generally unpleasant. Detail is decent, but hardly more than that.

Treble has a large spike in the lower section, and then a few ups-and-downs with subsequent spikes and dips. It’s really extended and this gives it some good air and vividness, if not downright sparkle. It’s certainly an exciting upper range for those who are into treble. There’s an issue, though, and that’s the amount and kind of spikes: treble tends to become fatiguing and piercing, so much that it’s difficult to keep the TP10 on for prolonged periods of time. To offset this there’s a good amount of detail, though not much micro-detail.

The main issue with the Tripowin TP10 is that it is priced at $60. At that price it clashes directly with IEMs such as the Tin HiFi T3. Even the KZ ZS10 Pro offer better value. In both cases the tuning is much more balanced and is therefore better for a wider range of genres, with the former being a bit brighter but much more technical and the latter being more fun. They’re both great alternatives, and the ones I actually recommend.

The Tripowin TP10 are good IEMs for very specific genres, mostly those where voices are predominant. Everything else suffers from the lack of bass and lower midrange. The tuning is in fact really peculiar, to the point of being outright unpleasant as it soon becomes fatiguing. In terms of build and design they’re okay, but in terms of sound there are much better alternatives out there at similar or even lower prices.