The KB EAR KB10 is a new name for an old design. Not everyone knows that KZ is also an OEM that sells their designs to other companies placing their logo on the earphones. The KB10 are in fact the umpteenth rehash of the same design we’ve already seen in other devices, and they’re virtually indistinguishable from the Tripowin TP10. That’s why this review is so short… because you can literally read the Tripowin TP10 review and you’ll know everything you need to know.

Disclaimer: this unit was provided free of charge by Wendy at KB EAR. They sell the KB10 on their website at $48.

KB EAR KB10: on the rebranding 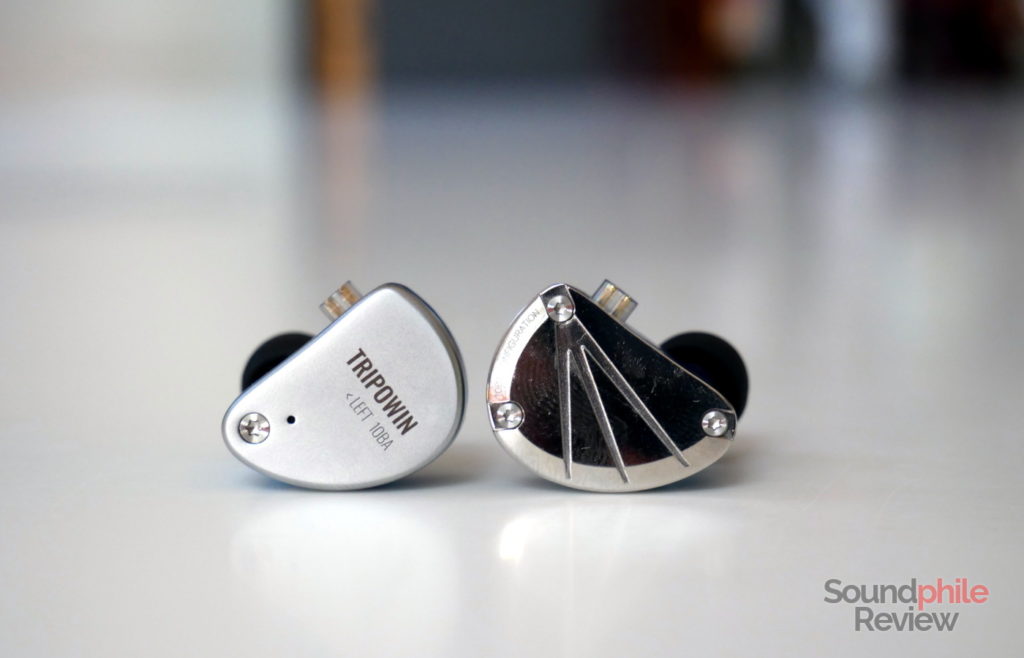 Rebranding is a thing. Countless products share the same initial design and are then branded by multiple companies. That’s all right. In this specific case, though, some tuning would have largely benefited the KB EAR KB10, as their sound signature is fatiguing and far from ideal. I’m not saying you shouldn’t like it if you do, just that there is a very high chance of the signature not being really appealing to most people and being fatiguing and lacking points of strength. In short, it could be much better. But it isn’t, so I do wonder if KB EAR should not have invested some money into asking KZ to retune the earphones in order to have a better product that would also be different from the competition.

If you really want to buy one of these earphones, I personally encourage you to do so basing your choice on aesthetics and price. I prefer the KB10 over the TP10 because of the odd machined faceplate, but that’s my personal preference.

There’s little else to say – the KB EAR KB10 are poorly tuned and the fact that there are much better alternatives at a similar price point out there does not help them. As I wrote on the TP10 review, buy them only if you are really into bright, almost tinny signatures. Otherwise, look elsewhere: it’s not one of those signatures that many can find pleasant or appealing.