Zithers are instruments which have been used at least since Ancient Greece times, and possibly before that. There are many variations of the same concept around the world (with the Finnish kantele coming to my mind as a variant). Now, I’ve heard of various kinds of zithers, but fragrant ones are not exactly the most common. TFZ (The Fragrant Zither) is now a well-established company that manufactures earphones and the TFZ No.3 lie in the affordable segment of their offering. I can’t help but think of a famous perfume when I read the name of these earphones, which would be in line with that “fragrant” part…

Disclaimer: I received a complimentary unit from Linsoul for the purpose of this review. The No.3 retail for $109. 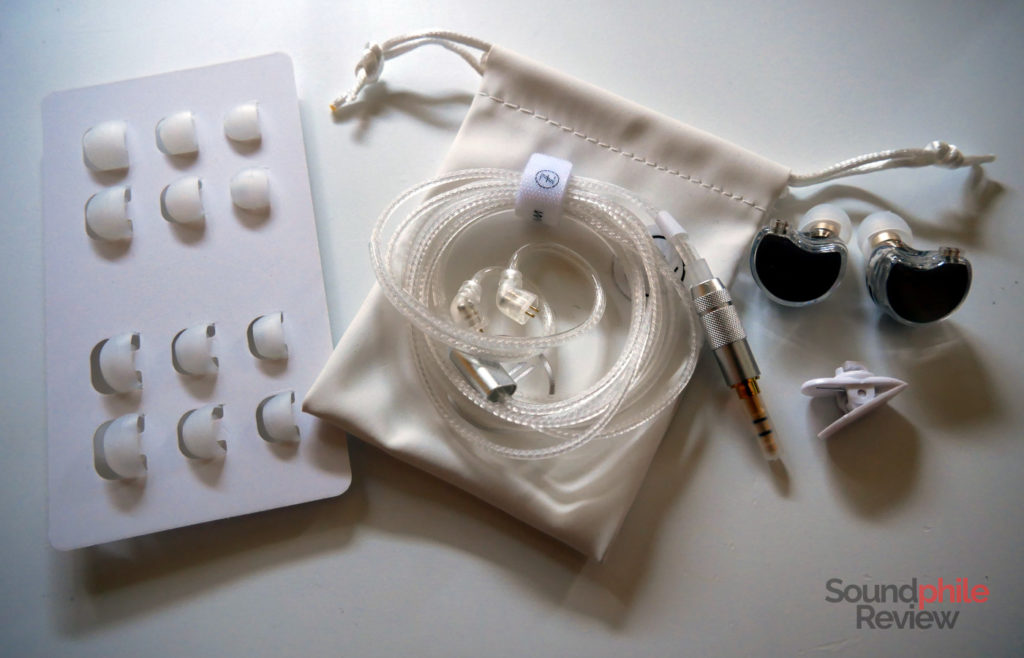 The TFZ No.3 come with a fairly complete set of accessories which includes a soft plastic carrying bag, a cable clip and seven silicone tips. At this price point it’s a good set. 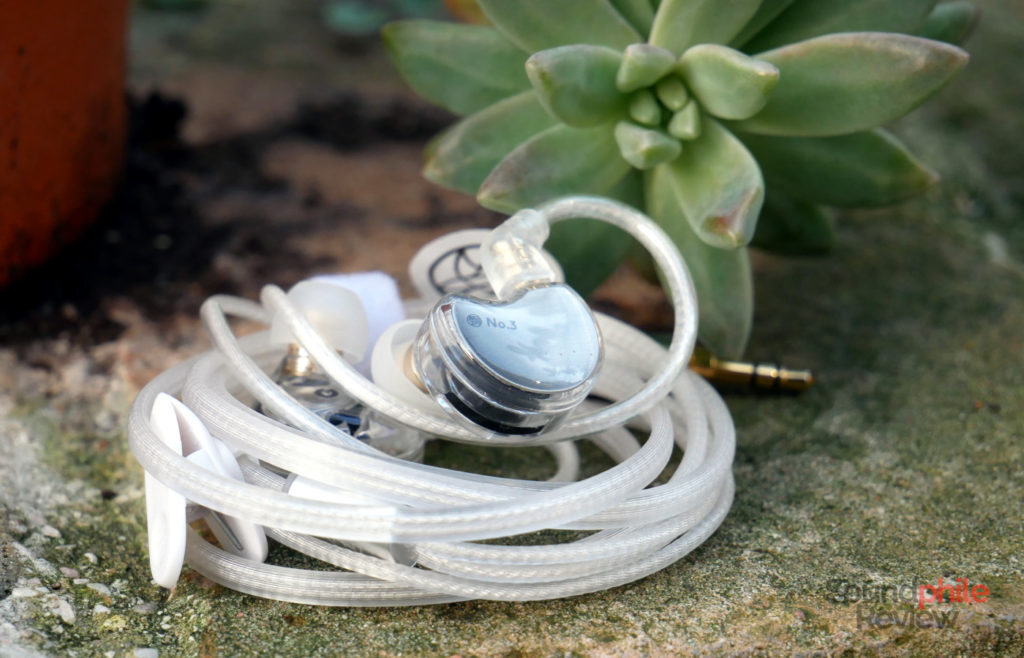 I don’t know if it’s just me or no, but I really like when I can see inside stuff and figure out how things are made and work. So this is the reason I really, really like the TFZ No.3 being made of clear plastic which shows everything inside with great detail. Am I too nerdy? While pondering on this question, I can tell you that the faceplate appears to be made of a thin sheet of brushed metal, or at least of something that closely resembles that. 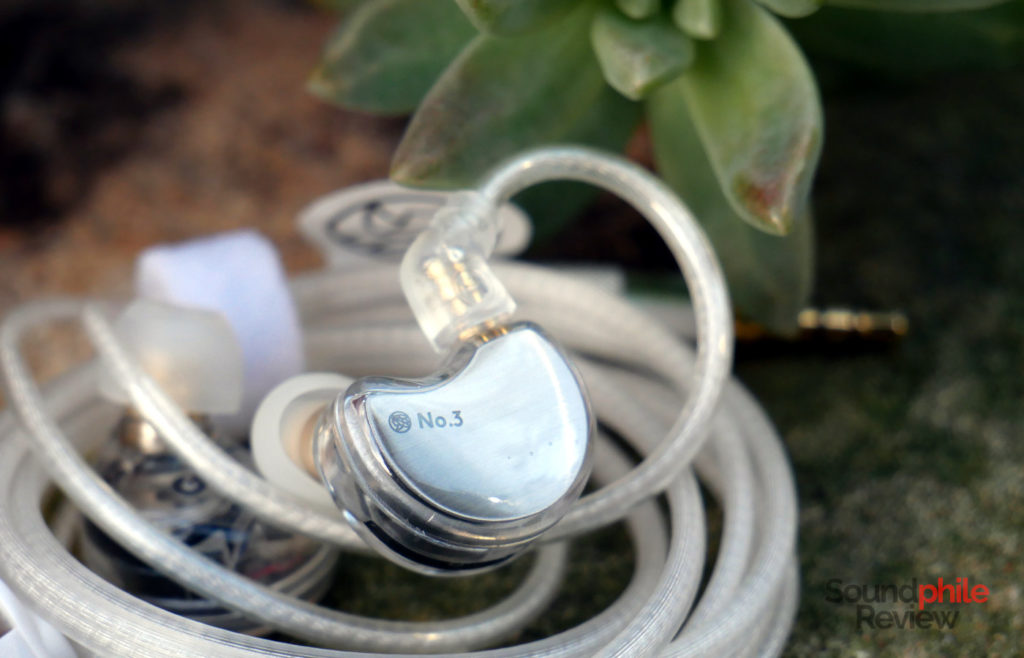 The shell is made of two pieces of plastic with a metal nozzle, which is quite large and has a large lip (despite which the eartips come off quite easily). Overall the TFZ No.3 are well built and perfectly in the average level of quality offered in their price range. 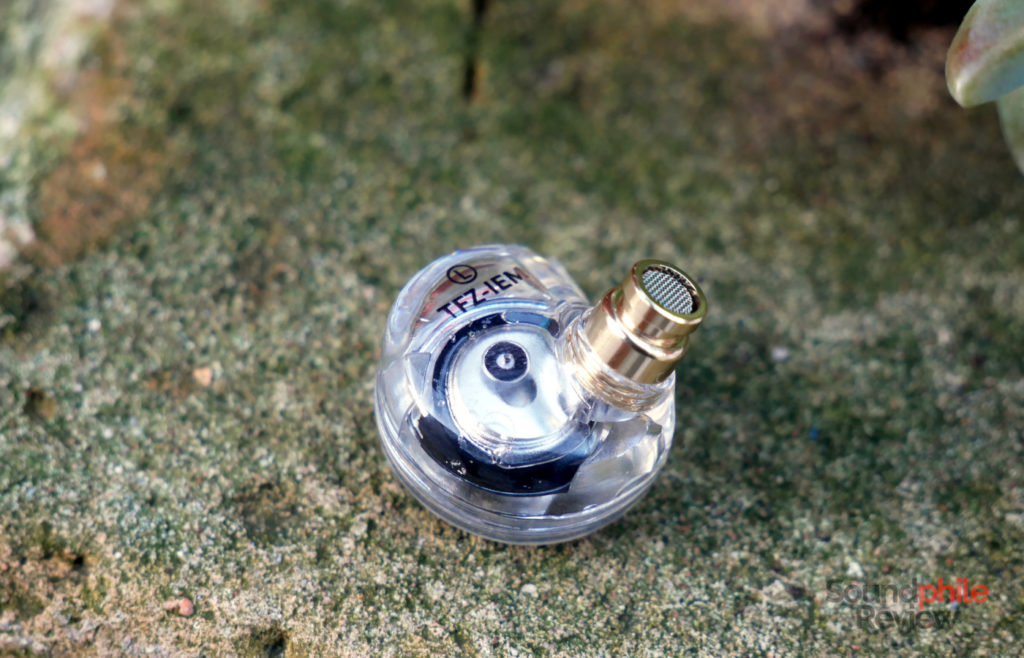 Comfort is decent, though the shells cause some fatigue after a while due to their large size. That’s highly subjective, so take it with a pinch of salt. The lack of any clear-cut edges is a pro in this regard though, as it makes it possible to wear the No.3 for hours with little discomfort: I have used them in gaming sessions lasting 3-4 hours at a time and they were uncomfortable only by the end of those. 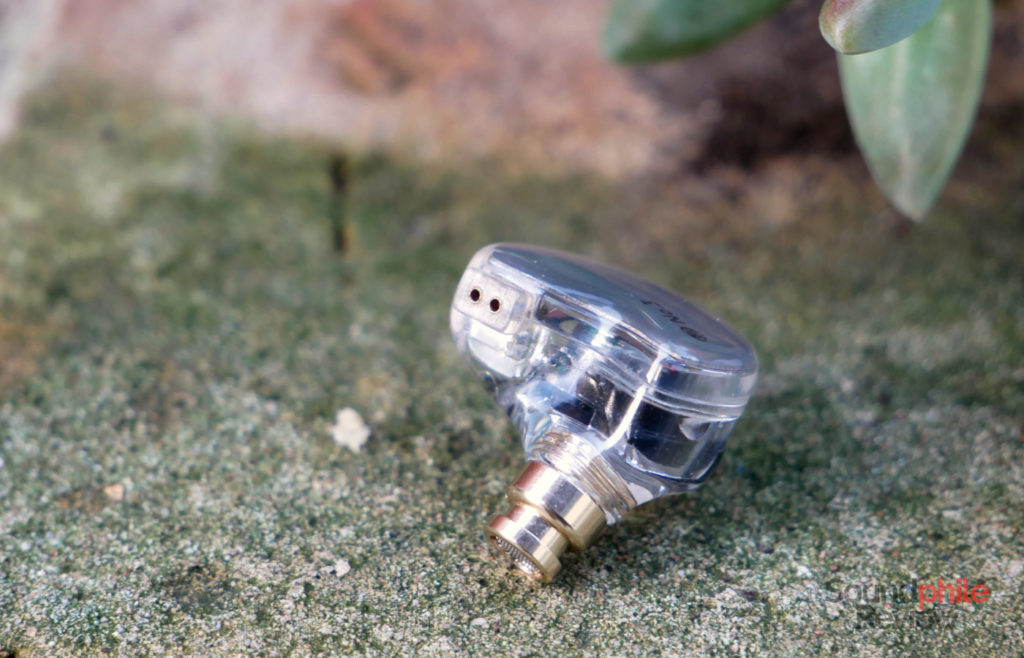 Isolation is acceptable, but doesn’t really offer anything beyond basic shielding from the outside world. Using the TFZ No.3 on public transport required me to raise volume by quite a bit in order to be able to listen to music clearly, and still many noises broke in. I would not recommend them for noisy places or commutes. 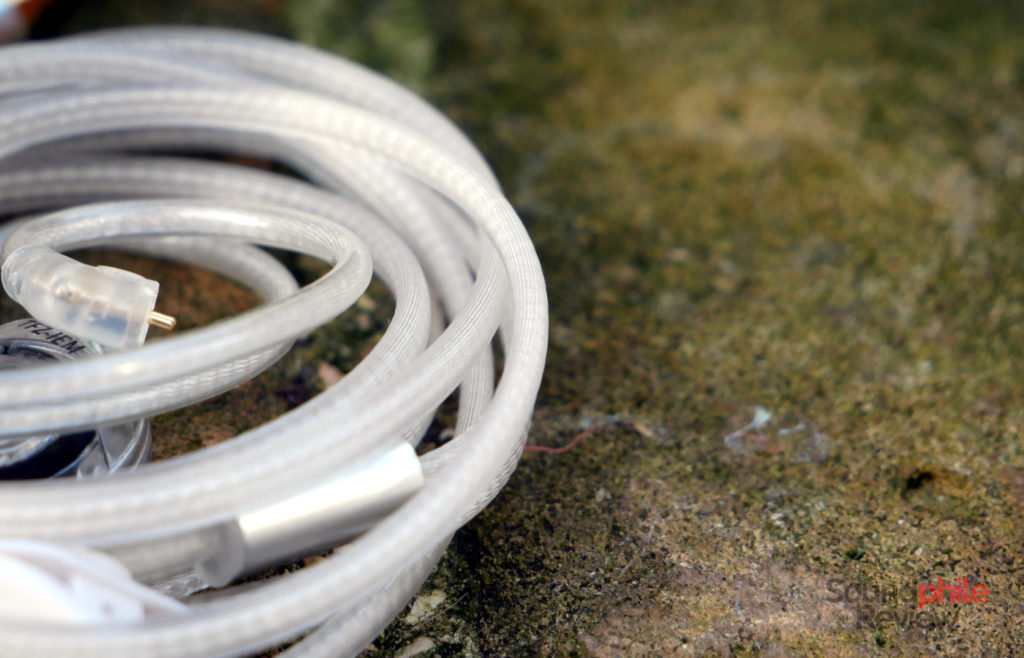 The cable is, much like the VE Asura 2.0s‘ and the VE Monk Plus‘, in fact a twin cable with two cables being attached together on one side. This makes it highly inflexible laterally, which is not ideal. Still, the thick plastic covering the cable is soft enough to allow the cable to bend as one pleases. The cable inside is seemingly made of silver-plated copper. The real issue though is the fact that the plastic that covers it is slightly rubbery and has a texture that makes it grip everything it touches, which is quite unnerving when you’re wearing a jacket and the bloody thing gets stuck everywhere and pulls on your pinnae.

I tested the TFZ No.3 mainly using a Topping DX7 feeding a Drop + THX AAA 789 while sitting at the desk and a HiBy R5 while on the go. Source files were the same and were mostly FLACs ripped from CDs (so in 16 bit / 44.1 kHz resolution).

Despite being closed-back, the TFZ No.3 offer a decently wide soundstage – in fact, with the right track they seem almost like open-back earphones (e.g. when listening to How did it come to this? from the wonderful The Banner Saga soundtrack). Imaging is decent but it struggles in giving a clearly-defined place to instruments, so it’s closer to “that instrument it’s around there” instead of “it’s clearly in that precise spot”. Instrument separation is good and allows one to hear instruments with good enough clarity.

The overall sound signature of the TFZ No.3 is V-shaped, with added emphasis on bass and treble. It’s one of those cases where this emphasis is done well though, so that mids are not too distant or suffocated by lows or highs.

Bass is surprisingly deep and reaches down to 20 Hz with good presence, which is quite unusual at this price point. There’s a sizeable emphasis on bass, which appears ahead of midrange; the good news is that there are also good coherence and control, which help making bass not leak over the mids despite it being emphasised. It’s powerful but well executed, which means it’s plenty of fun with the right track (Angel by Massive Attack is really enjoyable with the No.3!). I find bass to have a great amount of detail which leads to it being very well textured – it’s often physical and the abundance of details makes it pop out even more.

Midrange is recessed, but thankfully it’s nothing like many V-shaped earphones and so it’s clear and clean enough. That’s probably also thanks to the fact that there’s a fast rise towards the emphasised treble that makes upper midrange more emphasised than in ideally neutral setting; this leads to more clarity to the sound, but also makes instruments such as violins and trumpets a bit harsh at times. It’s really coherent though, so there are no peaks that cause fatigue or odd tonal issues. On the other hand I really like how mids are physical and fast, so drums sound impactful in a very satisfying way.

Treble is emphasised but, contrary to many headphones with V-shaped signatures that privilege the lower area, the TFZ No.3 privilege the middle one, with a quick roll-off after that and a rising slope before. I could clearly hear it in Grave Digger’s Round Table (Forever), where cymbals and hi-hats were presented really forward in the mix, up to the point where they are almost harsh. There’s in fact a peak around 8 kHz, and after that there’s a sudden crash that basically makes treble disappear. Extension is therefore not really good – at all, in fact, which gives you a clear idea of the value of manufacturers’ declarations on extension (40 kHz when you can’t hear anything past 10 kHz? Really?). The good thing is that there’s a very decent amount of detail, so what’s there is actually enjoyable.

Here are a few selected earphones to compare the TFZ No.3 to:

The TFZ No.3 are good earphones in the ~$100 range for those looking for some fun. Their well-executed V-shaped signature makes them enjoyable and fun without losing on clarity. They offer good technical ability, too, with great speed, good detail and especially an expansive soundstage for a closed-back IEM. They’re more technical and better tuned than many of the alternatives (e.g. BGVP DMS), so I recommend them to those looking for fun, easy-to-listen earphones.