Some designs are more successful than others: it’s a known fact. Some other designs, though, are everywhere: that’s the case for the BLON B20, which is based on a design shared by other headphones such as the Sendy Aiva and the Monoprice Monolith M570. The driver actually appears to be the same between those three, with differences being in how they are built and with what materials. So let’s see how the BLON B20 fare.

Disclaimer: I received this unit from Linsoul. The Blon B20 retails for $450.

BLON definitely did not make an effort to make the packaging attractive or rich. The box is rather unassuming and it holds the headphones with their detachable cable – nothing more. It’s spartan to say the least, but this is to be expected given how BLON aims to reduce costs as much as possible to keep the price down. Still, at $450 I would expect at least a soft fabric bag. 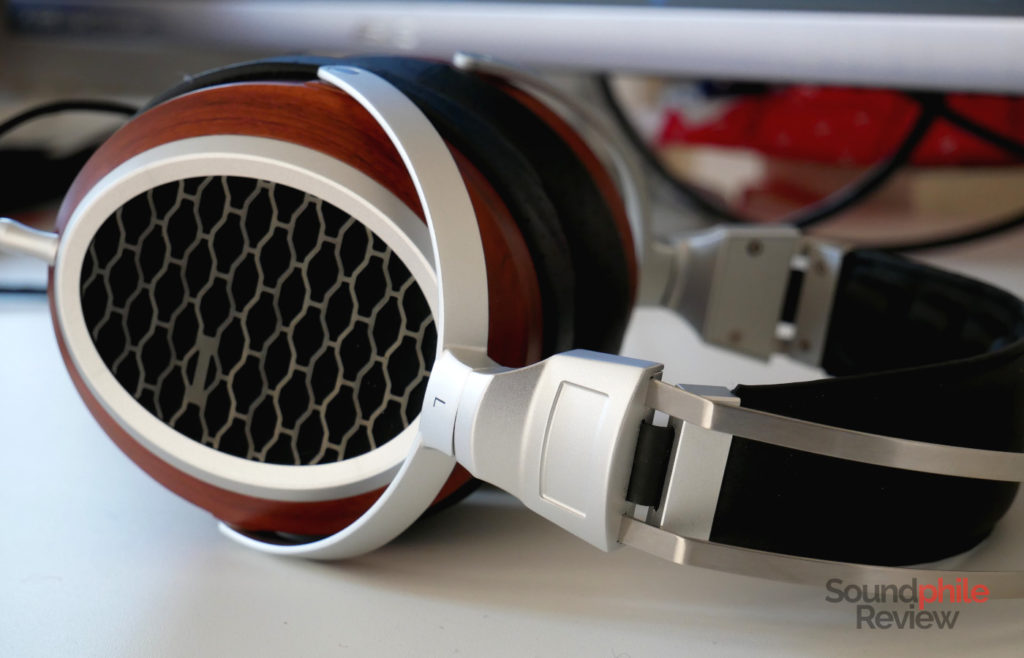 The BLON B20 uses the usual suspended headband design which uses a metallic arch to keep the two earcups connected and a soft band which automatically adjusts to the size of the wearer’s head. This design philosophy helps better distributing the weight on the head, which is quite useful given the 470 g weight of the BLON B20 (without cable!). This weight is justified by the materials used. In fact not only are the earcups large, which in and of itself is enough to make them heavy, but they are made of a single piece cut out of solid wood akin to mahogany. If it’s not mahogany, then it’s similar to it in its looks – but I am not a wood expert, so take this with a pinch of salt. 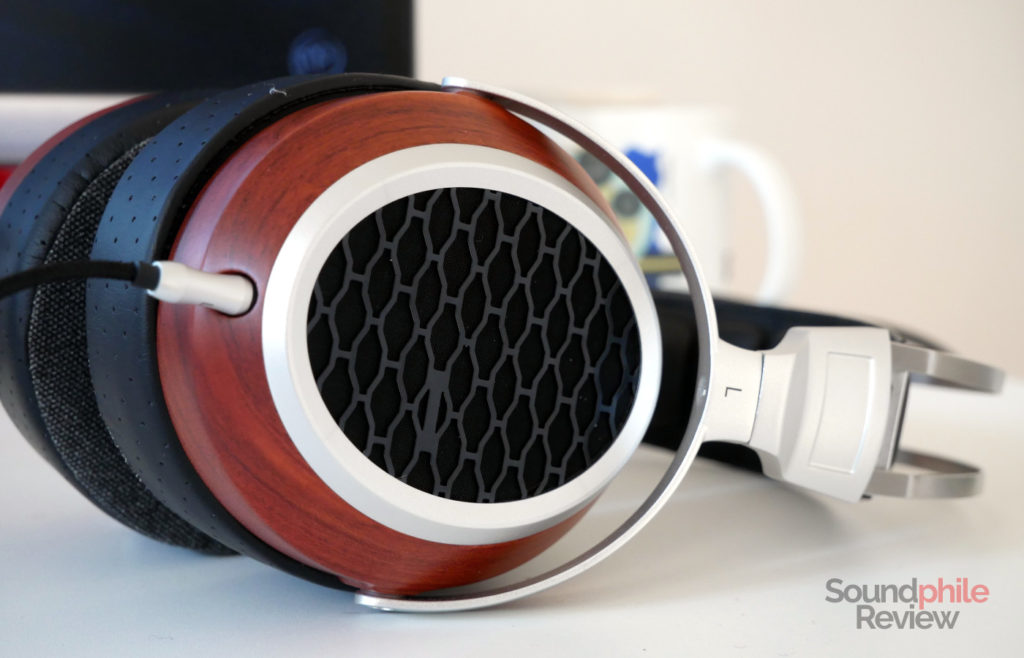 The band is actually made of two small metal bands (steel?), with the gimbal contraptions on each end. The contrast with the bands is stark as the gimbals are much larger and bulkier than one would expect at the two ends of such small bands, so there’s actually some visual inconsistency. That’s also true when one looks at the colours: the steel bands are shiny, while the rest is matte. That’s probably because every metal part but the bands is made of aluminium. That includes the framing of the grille on the earcups. 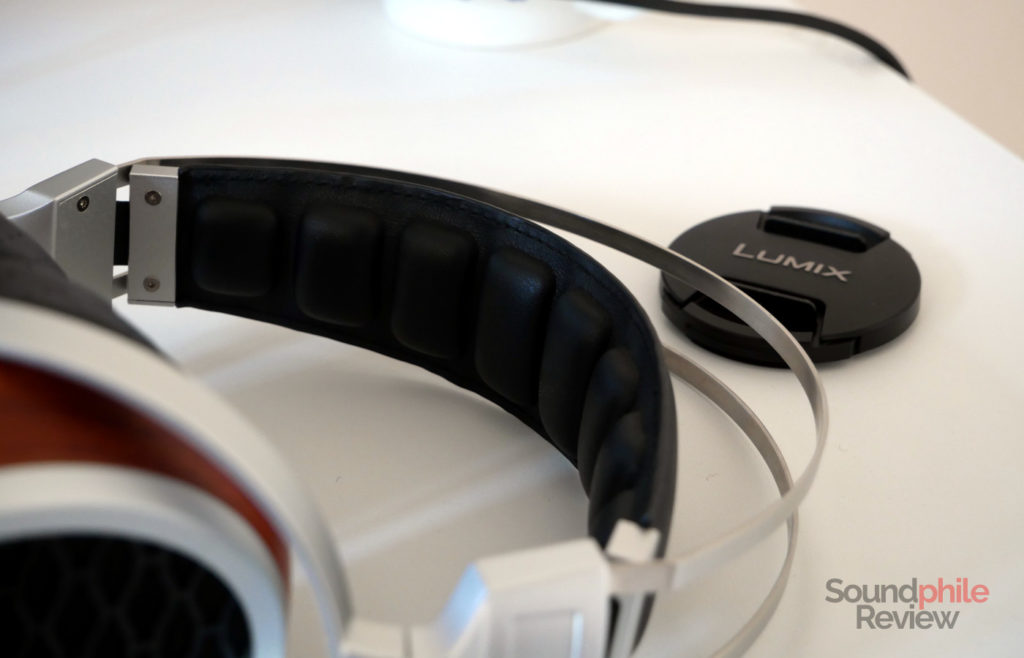 The headband has small bumps on it that act as padding, so it’s not the usual continuously padded headband. This should improve comfort as it should distribute the weight better on the head. On the other hand, though, comfort is hindered by the fact that the earcups do not really offer any pressure against the ears and therefore do not contribute to sustaining the headphones. The steel bands on top are formed so that the earcups are weak in terms of pressure against one another – in reality, they do not even touch each other when the headphones rest on the desk. This in turn makes comfort worse than it could for those with sensitive scalp like me, as all the (massive) weight rests on the top of the head without any easing from the sides. 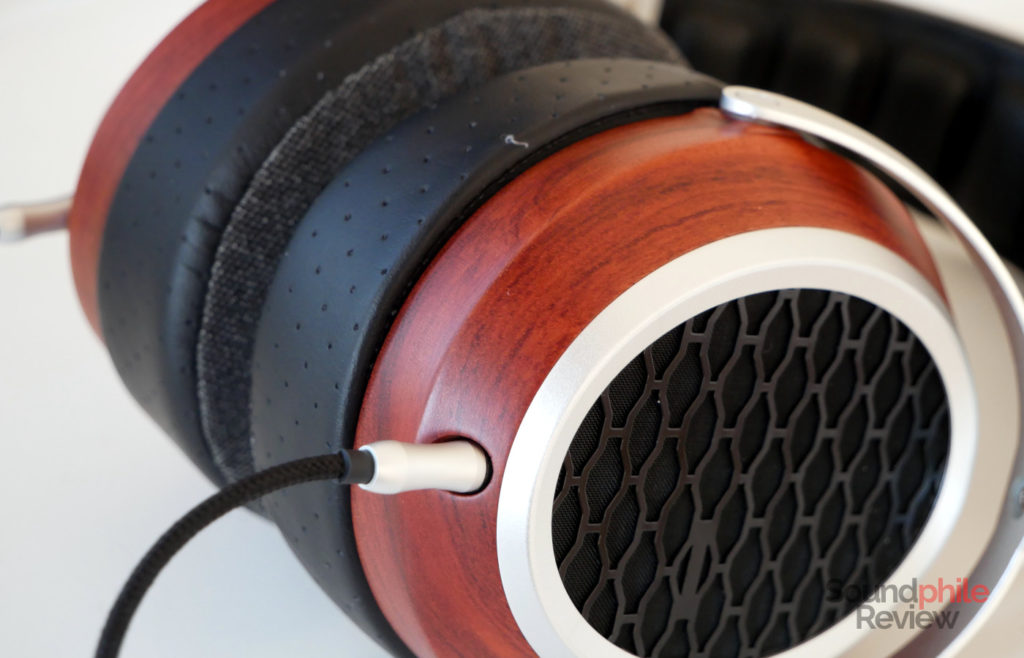 Earpads are large and soft, with some velour or other similarly soft material on the part that touches the head; they offer a really soft and enjoyable wearing experience. The one thing I don’t especially like about the earpads is the fact that they seem too mobile. By that I mean that the inner cushion is not fixed to the outside layer, so it is free to move and deform to a much higher degree than it normally should. I can in fact move the earcups with relative freedom while the earpads are fixed on my ears, and this has a detrimental effect on sound. Using a bit of glue solves the problem, but this seems like an issue that could (and should) be fixed during production.

Despite the product page on Linsoul stating the BLON B20 are noise cancelling headphones, they are obviously not. In fact they are open-back, so any and every sound coming from outside is audible as if you were not wearing anything. 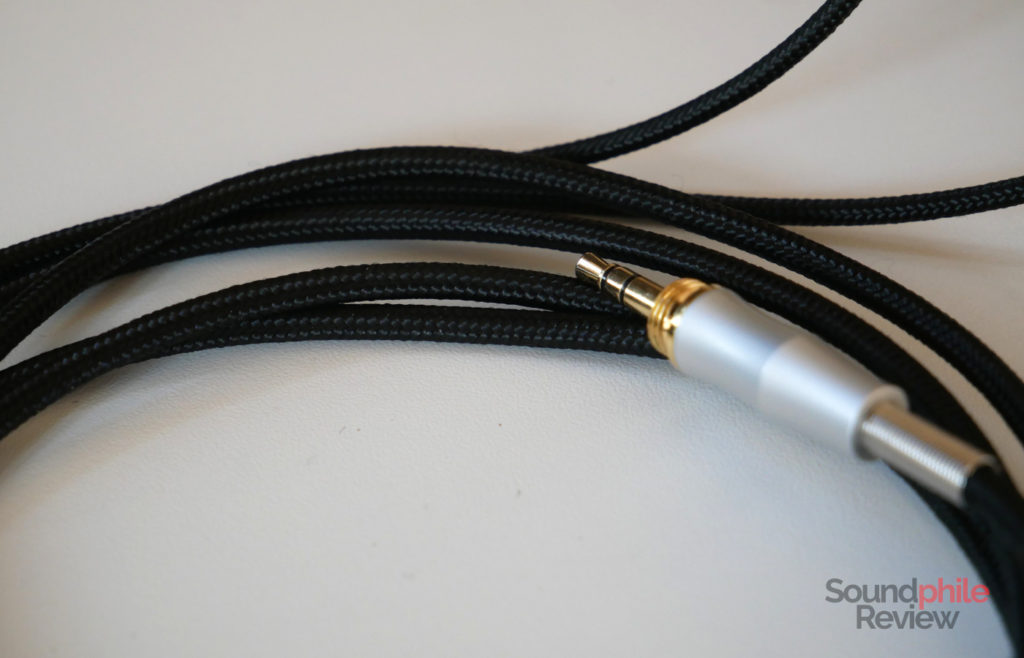 The stock cable provided with the headphones is sleeved with fabric and has aluminium housings for the connectors and the Y-split. The cable has average thickness and good softness. The sleeving appears to lend it good resistance, too. The 2.5 mm jacks fit firmly in the sockets on the headphones and it takes some force to insert them and then to remove them once they’re in place. The 3.5 mm jack has a screw on ut that can be used to fix a 6.3 mm adapter to it, but this adapter is not provided with the headphones. It’s a good cable overall, without any ambition of being fancy. It’s also quite long, at ~2 m, and I actually found it too long for comfortable desk use (it’s a pain to keep it on the desk, it always slips down!).

As usual when testing headphones, I connected the BLON B20 to a variety of different devices. Those include a Burson Audio Playmate, a Topping DX7 and a Little Dot MKIII SE on the desktop side, while I used a HiBy R5 on the mobile side. In both cases I used the same files, which were mostly FLACs resulting from the ripping of CDs (and therefore in 16 bit, 44.1 kHz).

The soundstage appears wide enough, though it is definitely not expansive. Despite being open headphones, the BLON B20 do not give me that sensation of a large, open space that extends all around me; it seems a closed space, although it appears to have good extension laterally (in other words, there’s not much depth). Imaging is actually great in terms of instrument positioning, as each instrument has its well-defined place, but it’s also limited as it rarely gives me the impression of sound coming from in front of me, instead having the two channels largely separated and independent of each other. While this is not necessarily negative, it is not entirely positive either as it does not let one immerse themselves in the music completely. Instrument separation is, on the other hand, quite good and makes it possible to distinguish instruments with relative ease.

The overall tuning of the BLON B20 is V-shaped, mostly because of midrange being recessed after the 1 kHz mark. Were it not for treble being emphasised, the headphones would appear rather dark, which is to say that their sound would be mainly comprised of bass and lower mids and would therefore appear muddy and unclear (also: a sound mostly comprised of low frequencies reminds me of something dark, for some reason).

Bass is almost stereotypically planar: it has both good depth and good linearity, as it goes down to ~25 Hz with enough presence for it to be physically felt and it then goes up in frequency keeping volume more-or-less constant. This makes it coherent and pleasant, without significant flaws in terms of tuning. It is abundant, though, in fact more than in an ideal neutral tuning, also because of how the midrange was tuned (more on that later). What I like about bass on the BLON B20 is its detail and control. Despite being abundant, it appears to rarely overpower the mids. It is able to deliver large, booming bass notes when it’s needed (listening to stoner metal is tons of fun on the B20), but it’s also able to deliver minute details of great refinement. It’s really technical when needed, much more than I would expect at this price point honestly. It’s also somewhat physical, with a decent sensation of impact.

Midrange is the only really problematic area in the sound of the BLON B20. It’s not bad by any stretch, but you can clearly hear that something is off. That something is the presence between ~1 kHz and ~4kHz: after around the 1 kHz mark there is a cliff and volume takes a drastic reduction. This makes midrange as a whole appear rather warm and gives the sound in general a dark timbre. The reduction makes instruments such as electric guitars, trumpets, flutes, violins and female voices appear distant and subdued compared to the rest. Luckily this deviation from the ideal linear response does not have any consequences on a more technical plane, as mids offer plenty of details and micro-details such as the lips and tongue smacking in Jeff Buckley’s Mojo Pin.

Treble is well detailed and present in the mix, but this presence may be excessive at times and result in some sharpness. I would say that it depends largely on the track as I have found just a few tracks that exposed this sharpness (e.g. She Painted Fire Across the Skyline by Agalloch), while in general it’s largely enjoyable. On the other hand, this additional presence also gives cymbals and hi-hats a place in the foreground which is actually quite enjoyable, as they have a great level of detail. Detail is really what I like the most about treble: it can really make you picture the way the drummer is playing and the smallest movements of the sticks on the cymbals. The decent extension makes treble rich and sparkling, with a great sensation of air and openness.

I’ll compare the BLON B20 with two other planar headphone:

The BLON B20 are almost great headphones: they’re especially good in the technical department, as they offer great technical ability and superb detail. Their Achilles’ heel is tuning, which suffers from midrange being distant, but the fact that they deliver it with enough quality may as well mean it’s a tuning choice and not really a flaw. Some may say that if you do something well enough it doesn’t count whether that’s perfectly right or not, because it’s made with such a quality that you can ignore the other shortcomings. In this case I think that the way the midrange is tuned is indeed a flaw, but it’s not too detrimental on the overall performance.

The BLON B20 are probably not going to compete with more renowned planar headphones, but they are a great proposition at ~$450 anyway. A little equalisation can fix their midrange without much hassle if you are into that, otherwise their (unusual) V-shaped tuning can surely provide a fun and enjoyable listening experience. They are highly technical and that’s what many audiophiles will probably enjoy when listening to them.

Why you will see ads on Soundphile Review