Announced just one month ago, the Xiaomi Piston Pro (also known as the Xiaomi Mi In-ear Headphones HD) are the new flagship in-ear headphones by Chinese giant Xiaomi. Made in collaboration with 1More, the Piston Pro set a new bar for how good sub-30$ earphones can sound. These are possibly the best in-ear headphones made by Xiaomi to date and one of the best cheap headphones you can buy right now.

Disclaimer: the sample I received does not need to be returned. You can buy yours from GearBest.com, who was so kind to send me the pair I reviewed.

Keeping up with the firm’s famous simple packaging, the Xiaomi Piston Pro are presented in a cardboard box which contains a transparent plastic box and another, smaller cardboard box. The plastic box holds both the earphones and the eartips (four different sizes, ranging from “XS” to “L”), while the cardboard one contains a tissue bag.

Although simple, packaging is nothing short of premium and far beyond what I’d expect to see below 60$. 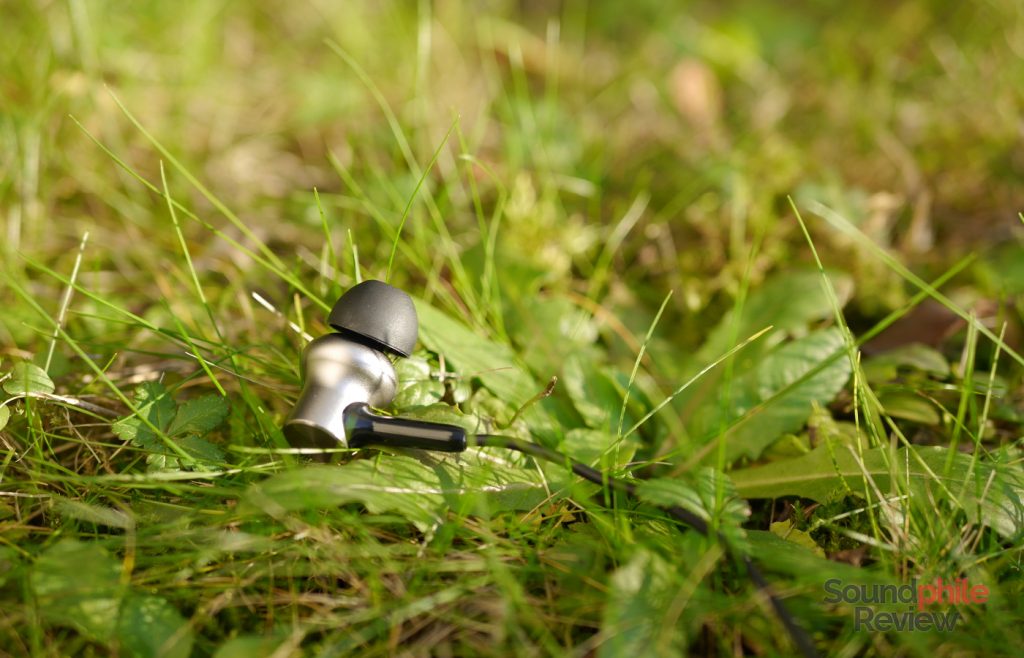 The Xiaomi Piston Pro are an evolution of the Hybrid Earphones launched during 2015, both in terms of design and sound (which we’ll talk about later). The Piston Pro are very similar to the Hybrid: same aluminium housing, same black plastic strain reliefs, similar overall design with minor differences (tapering curve radius, aluminium/plastic ratio, strain relief position). There are a few differences, though: the cable is now covered in rubberized plastic, with fabric nowhere to be found, and remote buttons which are now aluminium instead of plastic.

The overall design is very simple yet refined. The aluminium certainly has a big impact on the general feel of these earphones. The contrast between the black plastic and cable and the silver aluminium parts makes it polished and nice to see. The shiny finish of the plastic is aesthetically pleasing, but it also means it is a fingerprint magnet. Channel letters (R/L) are a bit hard to see at first, but choosing this position Xiaomi kept a clean design. 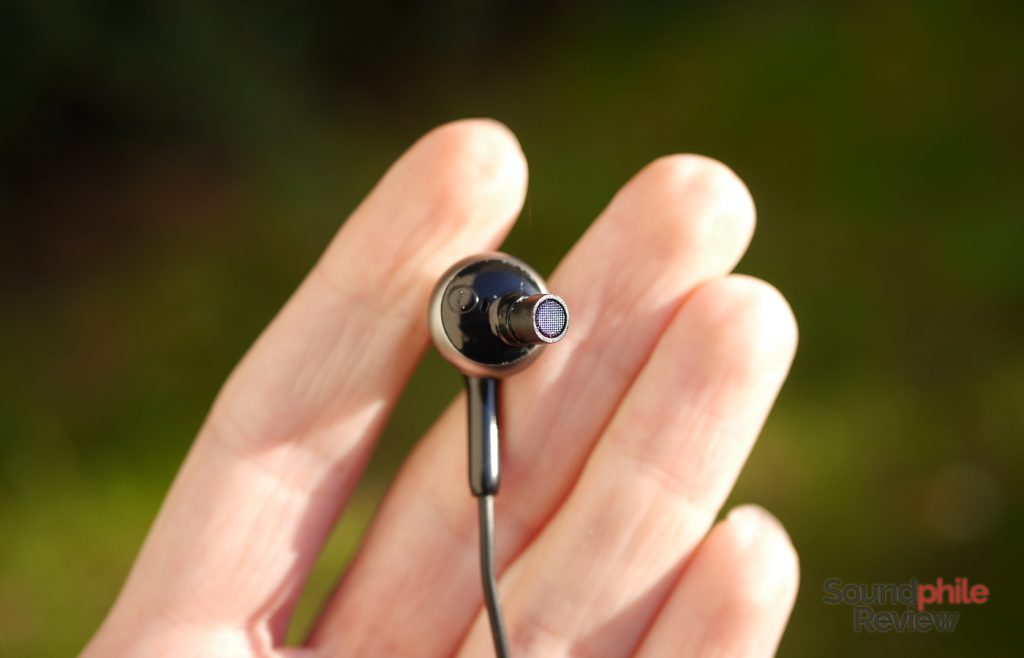 Although I am not very picky when it comes to in-ear headphones comfort, I have to say these earphones are absolutely fantastic. I used them several hours a day to watch recordings of the math class from university and I never felt any fatigue, nor in the ear canal nor in the pinnae. This may not apply to everyone, of course, but I feel safe saying Xiaomi has done a fantastic work here. They are among the most comfortable in-ear headphones I have ever tried!

Despite being in-ear headphones, the Xiaomi Piston Pro do not offer good isolation; this is true regardless of the earplugs used, as I got similar results even using Comply isolation tips and double-flanged RHA tips. Using them to watch recorded math classes I noticed they aren’t good at excluding sound efficiently: I could easily hear what happened “outside”. That’s especially true with quiet music and video content, but it is less noticeable with “louder” music. Using them on public transport you can definitely hear most of the noise, while they are in fact able to block out most of the ambient noise in more silent environments. 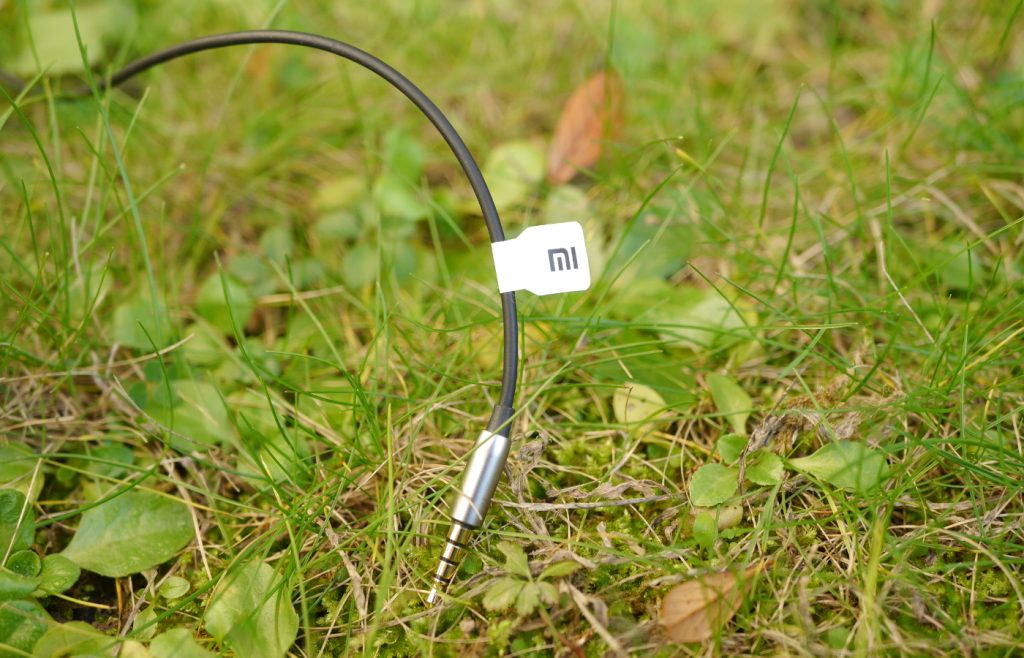 The 1.25-m cable has a bit of microphonics, however it is not too distracting and it can be avoided using a clip. 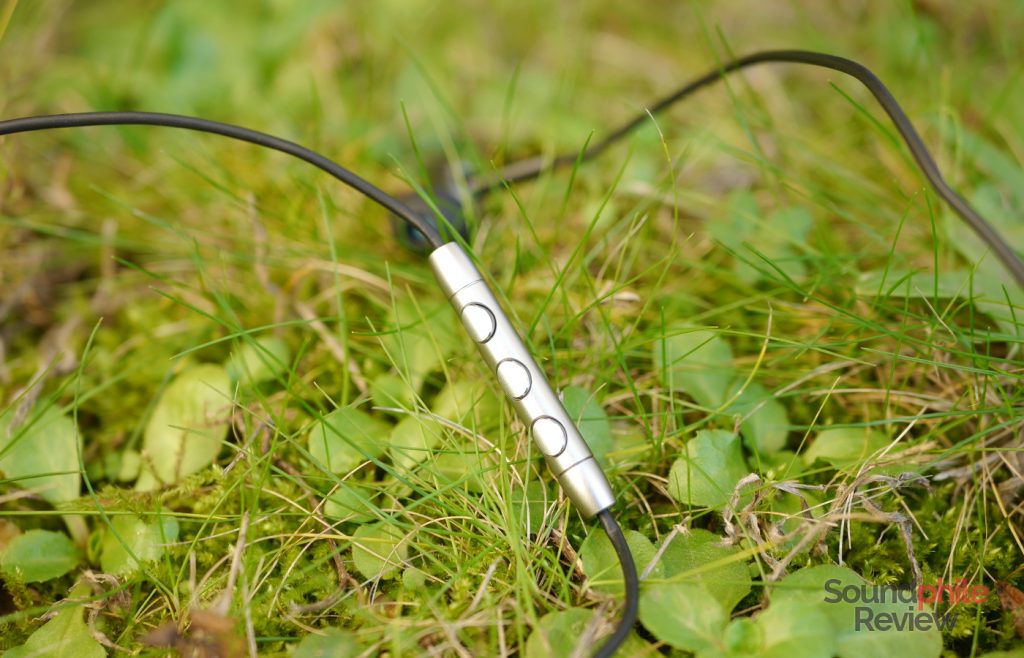 The aforementioned remote hosts three buttons (vol+, play/pause, vol-) and a microphone. The buttons work perfectly on Android devices, while the only one working on iOS devices is the “play/pause” button. The microphone is good and I could always be easily heard by the person I was on the phone with.

I burned in the Xiaomi Piston Pro for ~100 hours using an MP3 player with various songs on it. I then plugged them to a Zorloo ZuperDAC (connected to a PC) when listening to them at home, and to a Lenovo Vibe Shot while out and about.

The company claims the diaphragm of the dual dynamic driver is made of graphene, but that seems highly improbable – graphene is still confined in high-tech labs and it seems very unlikely that the company would be able to use it in low-cost headphones as a “world’s first”. Research on the matter is still ongoing and we are years away from a widespread commercial release.

Instrument separation is among the biggest features of these earphones, as it is incredible in this price range. Soundstage is not very wide and this also influences the stereo imaging; if I had to say which elements reveal these are low-end earphones, I would point at these two.

Bass is tight and well controlled, with very nice texture and decay. It is just shy of neutral, with just a bit of emphasis on the mid-lows that adds a bit of warmth to the sound. It lacks depth, as the deepest notes are just hinted at without being thoroughly portrayed. It is otherwise pleasing listen to it, thanks to the fact it is smooth as silk and it sits in just the right spot when it comes to quantity – to my ears, of course!

Midrange is relatively upfront and it blends with bass and treble while retaining its own space. It has very well separated low-mids, that do not mess with lows; this results in a decently open sound. There is some emphasis on the upper range, so vocals are bright and vivid – female voices are better portrayed than male voices – and mids are generally bright and sparkling. Details are somewhat lacking and tonality is on the warm side.

Treble is extremely articulated, while also being moderately emphasised and with a great extension. The Xiaomi Piston Pro can be defined “bright” without any doubt, up to the point of being sharp, but this means it also offers lots of details in the upper frequency range. This creates a sound signatures that takes a bit of time to grow on you, but it turns out to be extremely rewarding in my opinion. Treble-sensitive people may find it excessive and fatiguing, especially during longer listening sessions.

In short, I would say that the Piston Pro have an analytical treble. This also means that it is well separated from the rest of the sound, allowing you to better focus on it and catch every nuance. While detail is not extreme, it is well beyond what most sub-$100 in-ear headphones offer. Higher frequencies are often overshadowed by mids and lows in consumer headphones, so I think it is especially nice to be able to clearly hear them in the forefront using the Piston Pro. That is up to one’s taste, of course, but this is a different take on music than what most headphones offer.

While most people describe these as having a V-shaped sound signature, I think bass is not emphasized, even when compared to slightly V-shaped headphones such as the 1More EO323 or the Meze 11 Neo. If there is emphasis, then it is very slight. Of course this may be because of differences in how each person perceives sounds, but if this is V-shaped, then it’s very high quality.

I found the Xiaomi Piston Pro pleasing when listening to jazz, folk/celtic music (i.e. Empyrium, Ulver, Vàli, Nest, Faun…), electronic music and rock. Truth be told, I did not find any genre they were not capable of playing with discrete results, as even modern genres sound nice. Those wishing for a more impactful sound may prefer V-shaped sound signatures, though.

Comparison with the Hybrid Earphones is inevitable and yields unexpected results. 2015’s model is in fact less balanced and has way more bass, but it also offers more spatiality and better stereo imaging. The Piston Pro are better at delivering high frequencies and are generally better at resolution and instrument separation. Midrange is also more relaxed and natural. I may say the Piston Pro are more balanced and they can better adapt to different genres, while the Hybrid Earphones cater to people who prefer a V-shaped sound signature (with all subsequent pros and cons).

Other earphones I can compare the Xiaomi Piston Pro to are:

The title may seem overstated, but I really think that Xiaomi has nailed it with the Piston Pro. I would expect in-ear headphones to sound this good in the $100-150 price range, not in the sub-$50 range. Not only that, but their balance, their resolution and – last but not least – their comfort is well above what I’d think possible in this price range.

I am usually not in for superlatives and exaggerations in describing audio products, but this time it’s different. And it is because you can have a glimpse of what “superior” audio means spending just $40. That’s why I heartily recommend buying these earphones if you are on the market for a cheap albeit good-sounding product. You won’t regret it.