When you say “cheap earbuds” most people think of the Monk Plus and that’s for good reason. There are alternatives out there though, with the market offering various earbuds at low prices. Among those are the Edifier H180, made by the same company whose speakers brought them to fame due to their good sound and affordable price. In this case it’s close, but no cigar. 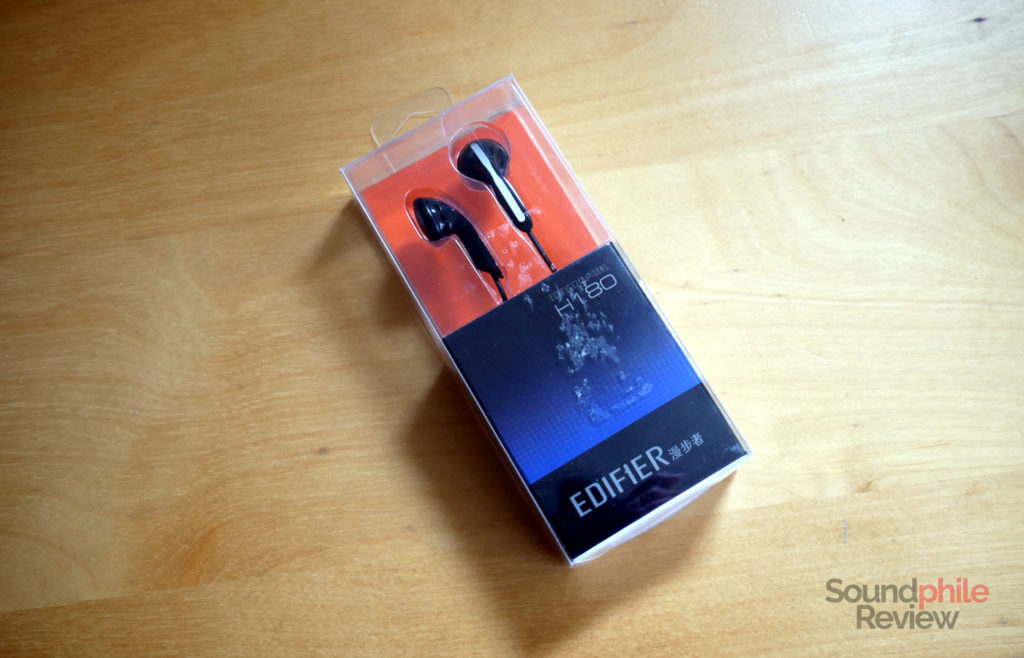 The Edifier H180 come in a transparent plastic box which holds the earphones and a few foam covers. It’s pretty basic, but what is expected at this price point. (plus, there was a warehouse label on it with glue so persistent I couldn’t clean it completely, as you can see) 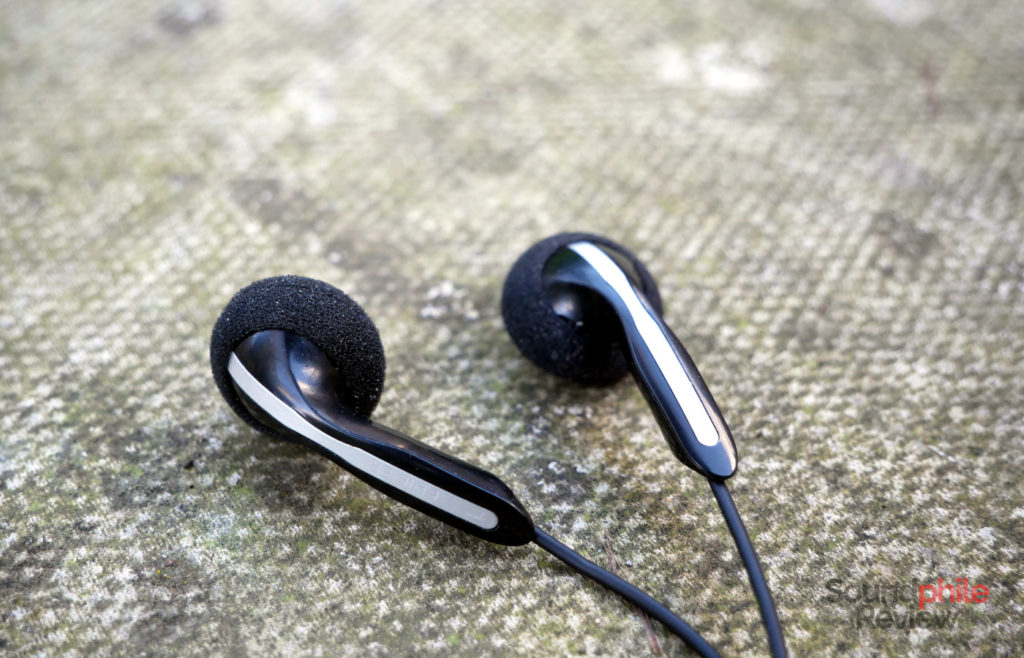 The Edifier H180 actually remind me of the Monk Lite from a design perspective. They have glossy black housings with a silver stripe on them. They’re your usual run-of-the-mill earbuds with no distinctive features. Build quality is basic and so are materials – they look and feel cheap. 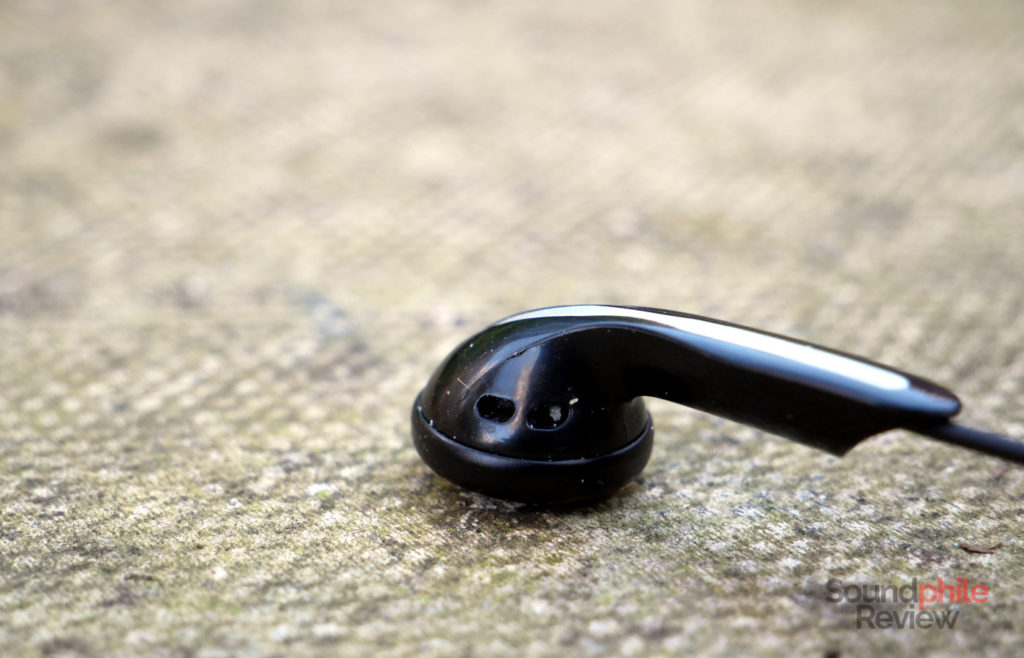 Comfort is quite good once I installed the foams – they’re small enough to fit in most ears without issues. Isolation is, as with all earbuds, non-existent. 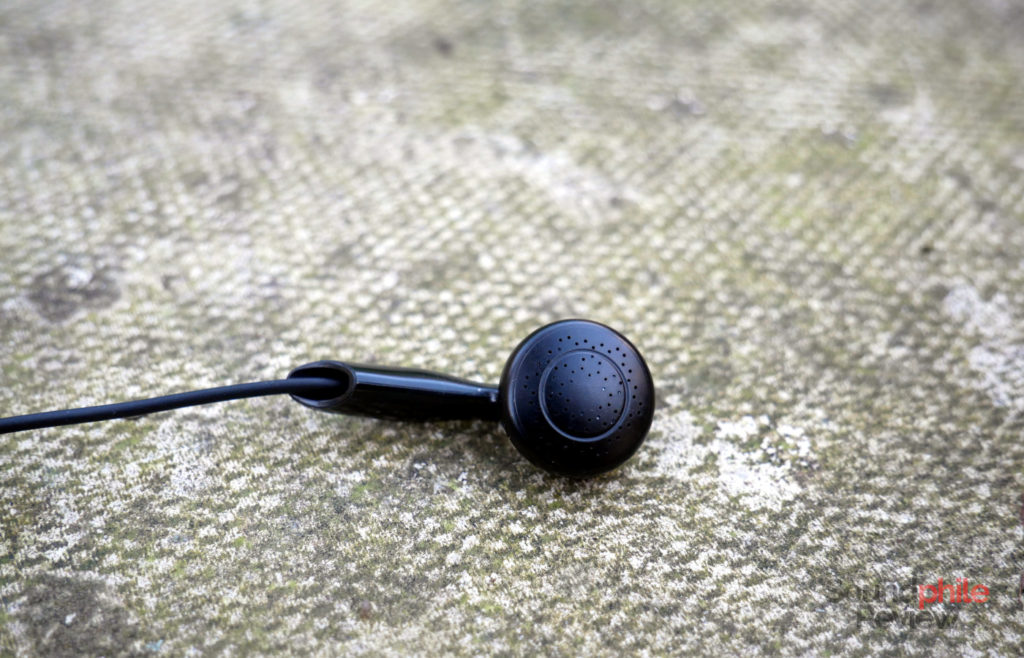 There’s obviously no isolation of any kind with the Edifier H180 as they’re earbuds – they’re the open-backs of the earphone world. 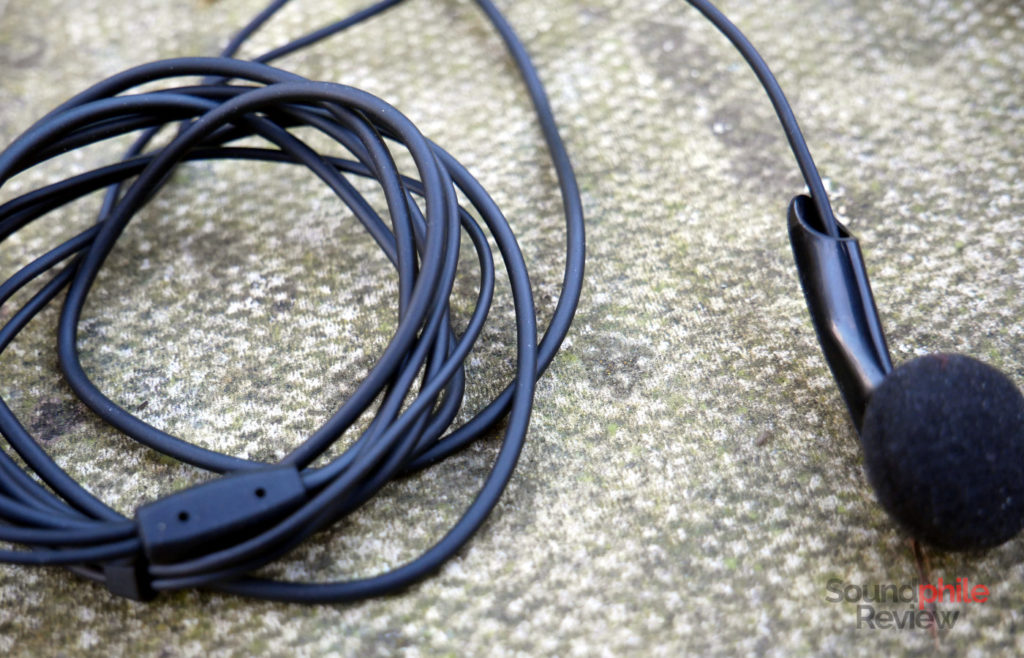 The cable is quite thin and covered in plastic. It looks and feels very cheap, but that’s part of the “cheap earbuds” package. There is a right-angled 3.5 mm jack.

I tested the Edifier H180 using various sources including a Shanling UP4 and a Zorloo Ztella. Source files were mostly CD-ripped FLACs (16 bit, 44.1 kHz).

There’s something fatiguing to the sound of the Edifier H180 which I could not correctly identify at first. I tried using an equalizer to single out the culprit frequency by removing from the signature, but I could not identify the frequency. It seemed to be a combination of factors which includes both bass and treble frequencies, with multiple peaks concurring to create this fatigue I felt. Then I tried actually adding to the signature: by adding between 1.5 dB and 2.5 dB to frequencies between 300 Hz and 900 Hz I could finally eliminate that sensation of fatigue.

The following analysis of the Edifier H180 was made using them with their foam covers. Using them without the foams makes them almost painful to use as bass and midrange disappear and only the sharp treble remains.

Soundstage is not very large for an earbud: there is in fact a good sense of space, but music still appears as if it was produced inside your ears as it actually is. Imaging is very limited, with a very basic positioning of instruments on the stage. Instrument separation is also limited.

Bass is punchy and physical just as one would expect out of earbuds, with good extension and good presence in the mix – it’s even a bit too much, actually. It also has poor control, so it’s not really detailed and often tends to leak over mids.

Midrange is recessed and as a consequence most instruments (e.g. voices, guitars, drums, violins, etc) appear distant and fake. Not only are there the balance issues I mentioned previously, but also issues with tonality as voices appear a bit distorted and unnatural.

Treble is often sharp and aggressive, though this also comes with a good amount of detail attached. Alas the treble area is most problematic as it overpowers everything else, making the sound thin, sharp and fatiguing.

Given the very low price of the H180, I’m going to compare them to the only similarly-priced earbuds I have: the Venture Electronics Monk Plus. Those are much better in every possible sense despite costing half the money: their soundstage is wider, imaging is more accurate, instrument separation is better and tonal balance is much better and nowhere near as fatiguing.

Even considering the very low price point, the Edifier H180 has some significant flaws in its tuning. The odd tonality makes otherwise good earbuds become fatiguing and difficult to handle. Just a bit of equalisation brings out the true qualities of these earbuds, but I personally am not really in favour of buying stuff because it sounds good when equalised: what if you want to listen to them on a source device (e.g. a console) that does not offer equalisation? That’s why the rating is just a 5/10. Even at their price they’re not really good and it should be noted that there are better earbuds out there at a similar price point.