Thieaudio’s journey started with the planar over-ear headphones, the Phantom, and then expanded to the in-ear market, attacking its low- and mid-range first and then shooting for the top. The Thieaudio Legacy 4 are part of the brand’s attempt to take more of the low-end space with a product that offers great build quality, a ridiculous accessory set and a relatively neutral sound signature. It’s quite a successful attempt, really, as the Legacy 4 are very enjoyable earphones.

Disclaimer: I received this unit for free from Linsoul. The Legacy 4 retail for $195. 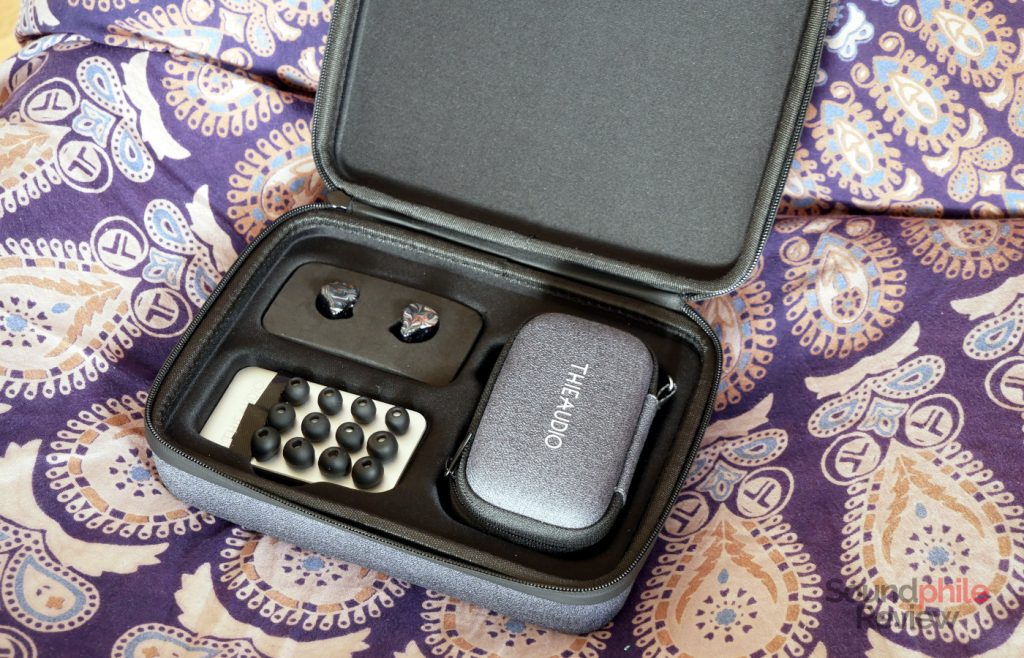 Linsoul definitely went overboard here. The ThieAudio Legacy 4 come in the most ridiculous packaging I’ve ever seen in sub-$500 IEMs. Inside the cardboard box they’re shipped in there is a hard case with a zipper; once you open it, you are greeted by the earpieces, a large and heavy chunk of metal which hosts the silicone eartips (six pairs!) and a smaller hard case where the cable is. The thing I don’t really like is that the large hard case has a pre-formed bottom with shapes that only make it possible for the aforementioned items to stay inside it, so it is by all means useless. I will try to remove it to repurpose it and will update this review if I find it to be usable in other ways. 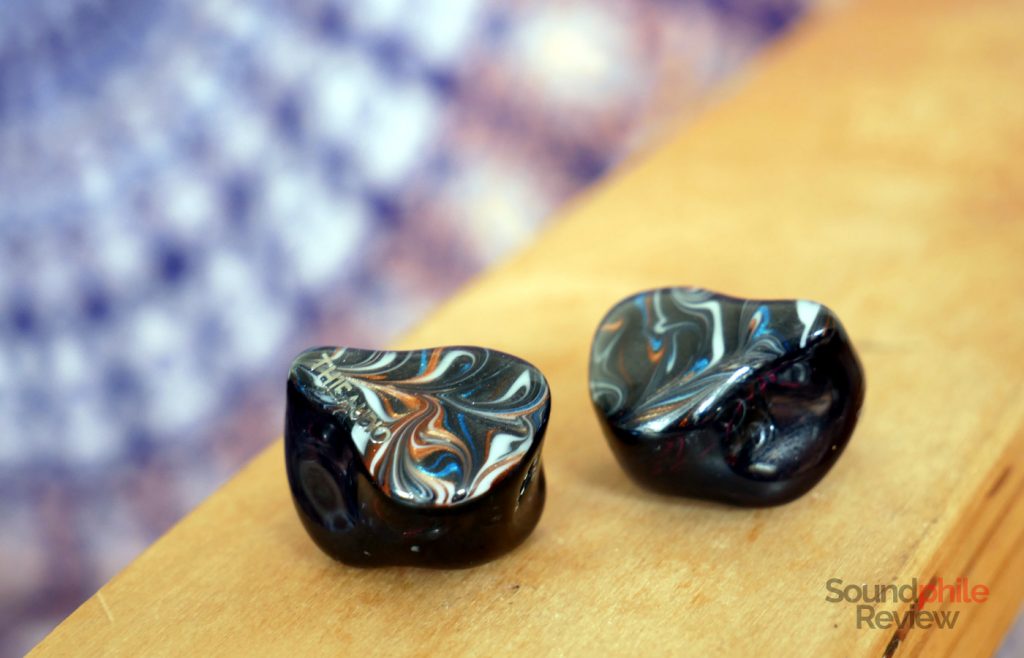 Just like their predecessors, the Legacy 4 opt for a classic IEM shape with a peculiar faceplate decoration. It’s a bit like the Peacock P1 or the Thieaudio Lgacy 3, though it’s a bit more refined and less gaudy: my unit combines the black background with swirls of white, blue and red; these colours are a bit more pastel and subdued than previous models, so they’re easier on the eyes and make me classify them as classier (see what I did there?). The rest of the shell is a transparent black which shows the innards under the right light. 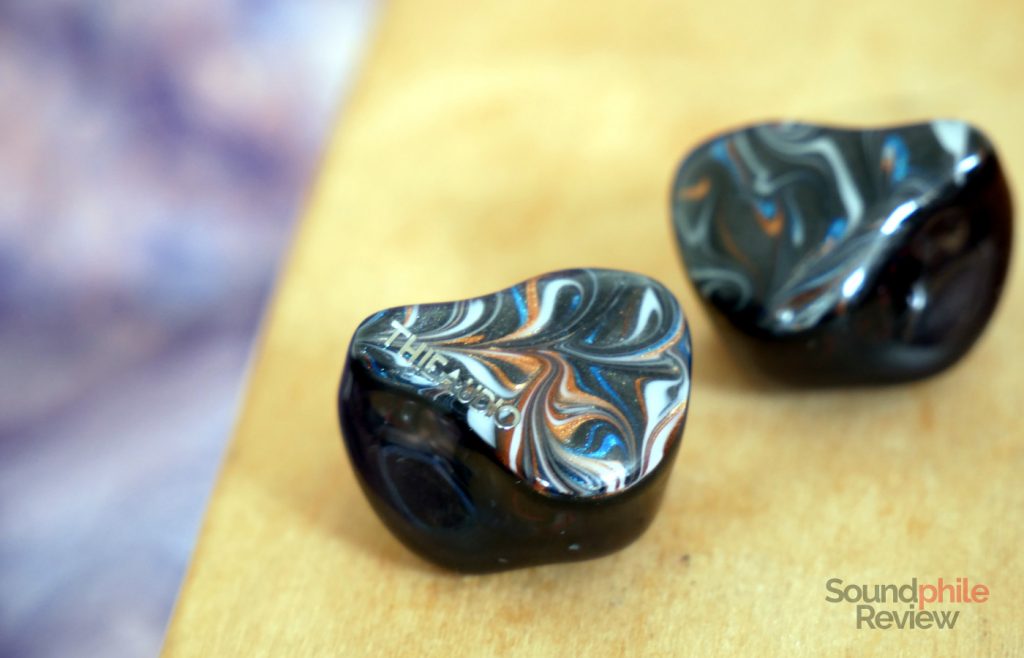 In terms of pure design, meaning shapes, the Legacy 4 aren’t that innovative.The only thing I need to write about is the lack of a lip on the nozzle: this makes it impossible to use even slightly-larger-than-perfect eartips, as they just fall off when you take the earphones out (and sometimes the earphones fall out while you’re wearing them!).

Build quality is very high, as in Thieaudio’s tradition, and the materials used appear to be durable and resistant. If I really wanted to nitpick I’d say that the sockets of the 2-pin connector are too shallow, so the pins do not get perfectly inside even if you push hard. 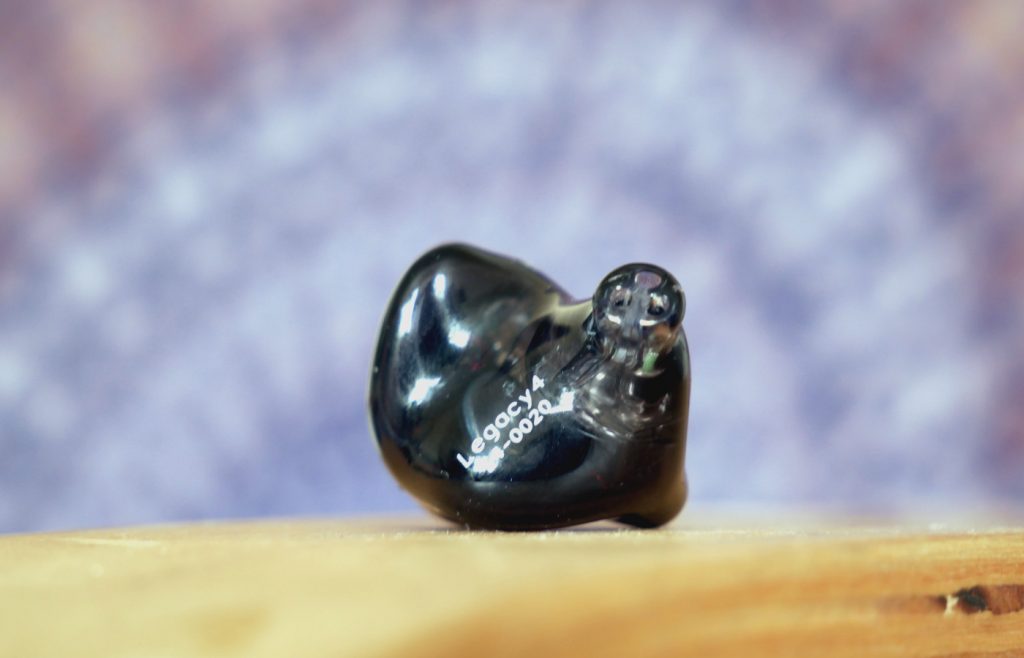 The shells are small enough to fit even in smaller ears, so in my medium-large ears they sit quite comfortably. If you are comfortable with IEM-like earphones, then the Legacy 4 will be as well. I found them comfortable even after a couple of hours of uninterrupted usage, independent of the tips I used.

I found isolation to be quite good, but you’ll still hear moderately loud sounds (e.g. a motorbike passing by). In a relatively quiet environment you won’t hear anything around you – I can’t hear the mechanical switches of my keyboard as I type this, even though I’m listening to music at a low volume. 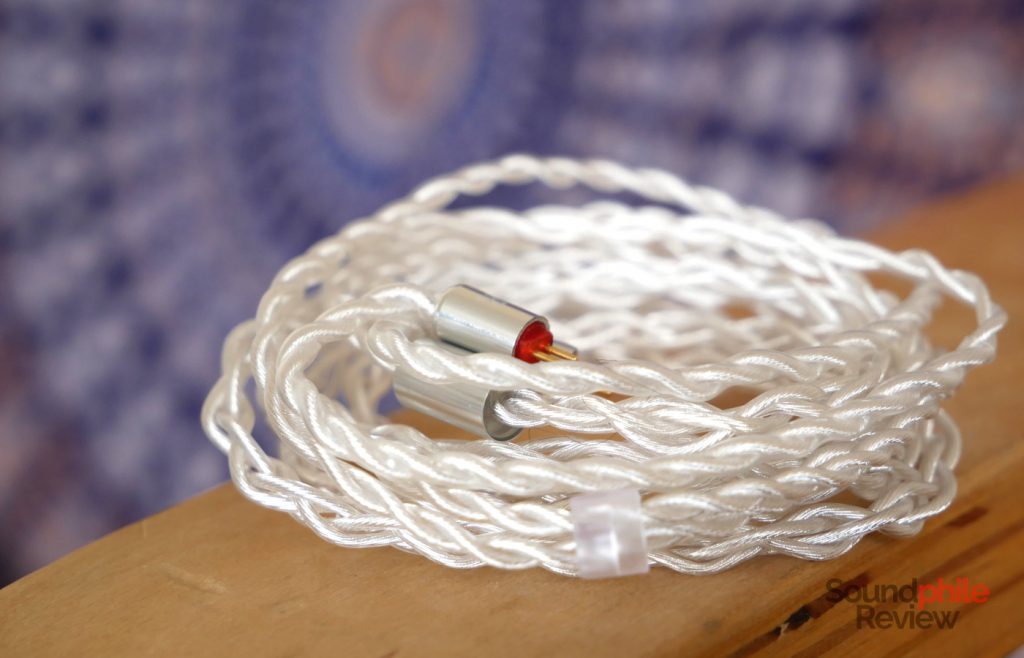 The cable is quite good: it’s made of four cores of silver-plated copper, braided between the 3.5 mm jack and the Y-split and then just twisted in couples. The cable is quite soft and completely devoid of microphonics, which I quite appreciate.

I mostly used a Shanling UA1 connected to my PC to test the Legacy 4. The majority of source files was made of FLACs in CD resolution.

The “4” in the name of the Thieaudio Legacy 4 stands for the number of drivers in there: there is a single dynamic driver coupled with three balanced armatures, one made by Knowles and two made by Bellsing with Thieaudio specifications.

The Legacy 4 offer a decently wide soundstage for closed-back IEMs: it presents sounds on a stage that’s about as wide as it is deep, so you get a three-dimensional space on which instruments are then placed – and that’s quite unexpected at this price range. The thing that most surprises me about the Legacy 4 is their imaging. I found myself more than once putting them in my ears, pressing “play” and wondering if the sound was coming from them or from the speakers on my desk. That illusion then always dissipated as the track went on, but it’s still quite remarkable that they did that in the first place. And even after that beginning, imaging is still quite great, offering a very good placement of the instruments on the stage. Instrument separation is quite good, especially given the price range these earphones are in, as there is a very good distinction between the various parts and even instruments in the background are easily heard.

It has taken me quite a bit to “understand” the Legacy 4, as their signature is quite unusual. Bass is in line with what I would define as neutral: it’s almost reserved and while it reaches good depths, it does so with a relatively low volume. Bass is often in line with mids, when it’s not a bit behind them. I’d say that it lays a healthy foundation on which the rest builds on, without taking too much of a central role on the stage. It is almost linear, but there’s a small yet audible bump in the mid-bass area. It’s refreshingly fast and easy to listen to, with a very good amount of detail but limited physicality (unless you crank up the volume, but at that point I guess it’s just the high volume that makes it physical).

In the midrange area, on the contrary, there’s a very good physicality which I didn’t expect. Listening to Aes Dana’s Inks I can feel on a physical level all the small scratches and bits that happen in that track. Although it is mostly neutral(ish), midrange has a small bump in the mid-upper region (above 1.5 kHz) that makes it more breathy and bright than in an ideally neutral setting. It make female voices pop out more, while electric guitars offer more bite. The breathy thing I mentioned is clearly audible in Fabrizio Gaudino’s Gravity, sung beautifully by Diana Torto: it’s as if you could hear the air moving through the vocal cords much more than usual, as if the breath that comes out of the lungs was more emphasised (because it actually is!); the result is that the voice appears a bit less of an instrument of which you can clearly hear the notes and more of an imperfect thing of which you can hear how it produces the notes. The level of detail is quite good at this price point, though there’s no micro-detail anywhere.

Treble is slightly emphasised in its lower area, but then proceeds with an almost perfect neutrality and very good extension. It’s airy and open, thanks to the extension, and it offers very good detail that goes down to very small things, like the brush moving across the cymbals. The lack of peaks makes it quite enjoyable and fatigue-free even if you are sensitive to treble. I find it quite lively and energetic, but never overstepping the line that would make it excessive and harsh. 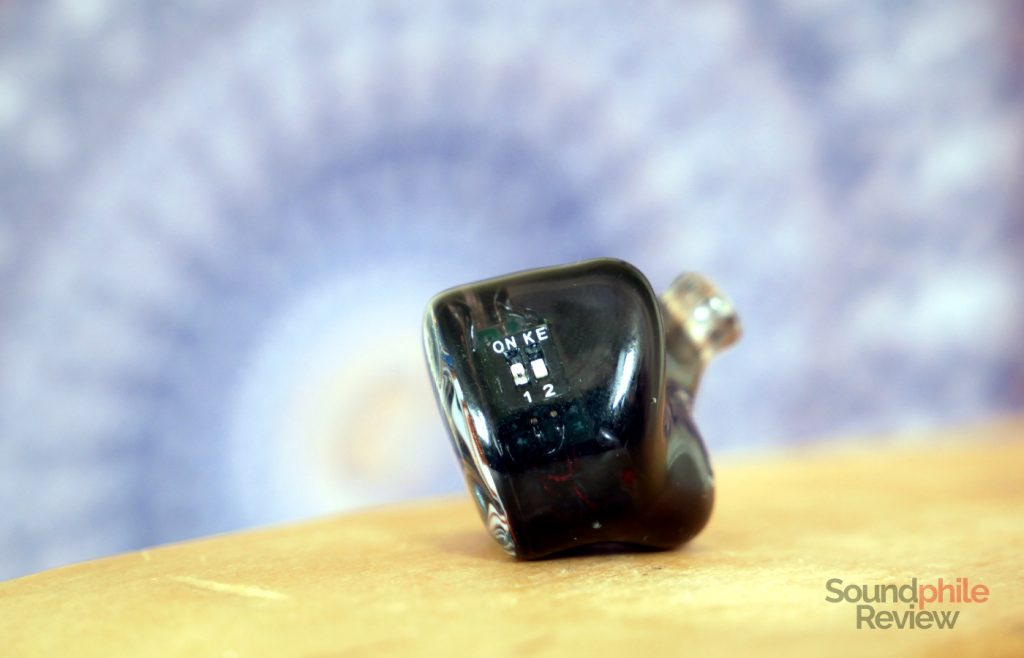 Just like on the Thieaudio Legacy 3, there are two switches aboard the Legacy 4: the first one does nothing I can hear, while the second one adds some bass when it’s switched to “off”. The difference is small, but it’s there.

It’s time to compare the Legacy 4 to other earphones!

Linsoul has done it again! The Thieaudio line-up of in-ear headphones is quite great as the brand is targeting a neutral(ish) frequency response and they get it quite right, thanks to the lack of excessive dips and peaks. It’s a coherent, pleasant rendition of music that will please most people. So far, the Thieaudio Legacy 4 has proven one of my favourite sub-$200 earphones thanks to their tuning. I would have appreciated a little less emphasis on the midrange and a wider soundstage, if I really wanted to nitpick, but overall the results are great.

I’m usually against defining things as “audiophile”: the word has been so abused it doesn’t mean anything any more (and, if I really wanted to be honest, I’d say it’s associated with things such as “audiophile cables” which has a negative connotation…). The Thieaudio Legacy 4, though, are what I would describe as “earphones for audiophiles”: they’re competent and try really hard to get out of the way, so that you can concentrate on the music and not on the gear that’s reproducing it. They’re extremely interesting for anyone looking for a clean, clear rendition of their music. You won’t be disappointed in them.