It’s a rainy day of March at Watford, in the outskirts of London. Alex waits for me right outside the subway station in his car. He’s a smiling guy with a very friendly dog who’s only happy to see someone new. He drives for a few minutes to get us to his place, a barge on a canal. This is where (part of) the magic happens. Alex is the man behind Hyland Headphones, a brand new English brand that combines the virtues of artisanal crafting with good sound and design. He’s living the dream of many headphones enthusiasts: he’s making his own headphones.

While we have some tea, we chatter a bit about his adventure in the world of manufacturing headphones. Just like many other people, Alex started listening to music on industrial-made headphones with a (relatively) low price tag. His headphones were the venerable Grado SR60. He tells me how he used to like them, save for a rattle in its bass (which was actually caused by some hair touching the driver), until he heard a pair of Stax electrostatic headphones. “Until I heard those Stax headphones, I had never sort of… had the idea that a pair of headphones could cost thousands of pounds. That would have been pretty alien to me”, he recalls in his British accent. “And then I heard them and I was like “oh, yeah, I can see that’s worth it – if you want that, that’s worth it, because that’s incredible. I thought – I’m not gonna be able to afford a pair of them anytime in the near future, so I will try to do what I can to get the most out of what I have.”

That’s where the journey begins. Alex explains to me that he then began modifying his Grados, by experimenting with various shapes of earcups and pads, using tools and materials found in his house. Hyland Headphones was almost literally born in a garage, which shows that this is not a cliché about startups but something that happens in reality, too. 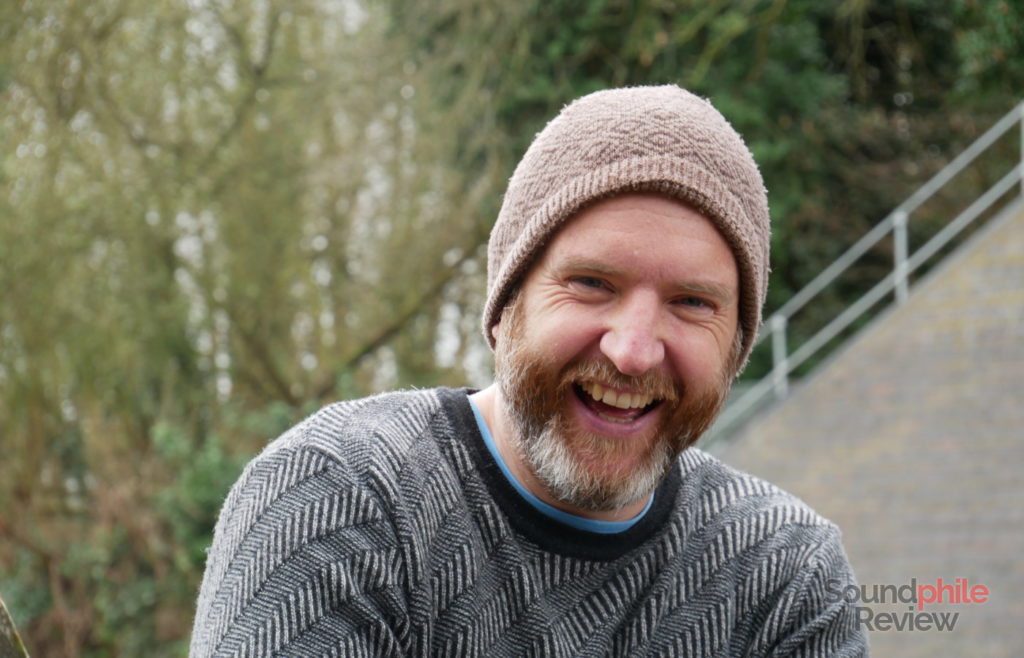 He’s a young, handsome guy with an intense look in his eyes and a ready laughter. A father of one (and soon-to-be father of two), Alex studied as an audio engineer and has produced music for years. He mostly produces music just for himself, for his enjoyment and as a way to express himself through creation. That’s how the headphones were born: as something that he made for himself, just for the sheer passion of listening to music (and not necessarily only that which he creates). This is the driving force beneath the whole project – passion. Passion transpires from every word when he speaks of his endeavour.

He started using the Sennheiser PX100 drivers for his experiments, until a friend of his introduced him to a new set of drivers that “sounded great – sounded at least as good as the PX100 drivers” while being more cost effective. The first prototypes resemble Grado headphones. “That’s something you can easily engineer in a garage with a drill – that’s what I had at the time.” He shows me his own unit from back then. “They were my pair and they were the nicest-sounding pair I had made at the time, so I sold the Grados as these were nicer. Then I tried to replicate what made them sound so nice because that’s what I want – to make them for myself, really. First and foremost I want nice headphones for me, and then I make those nice headphones…” For others, too. “Yeah, for others. That’s where I came from.” 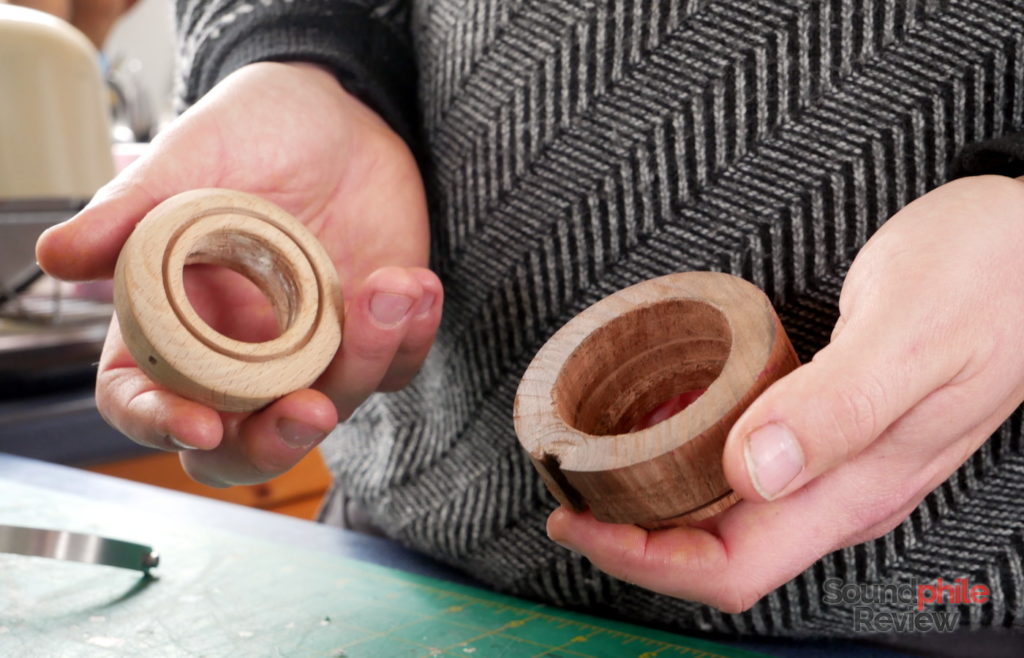 The first pair is from five years ago. He then proceeded to make a few pairs and to try to sell them – only to clash with the incredibly large competition that exists in the headphones market. “I though that as these were pretty good, people would buy them. That’s not how it works though.” He then realised he had to change its ways and moved away from the Grado-like design, adding new things such as a removable cable in the process. “They don’t sound like Grados. Grados have that… dynamic attack that people either love or hate. I think they’re probably halfway between the HD 650 and the Grado sound. They’re easy going, but they have a bit more presence than the HD 650.”

So he went on experimenting and changing things to find his own design identity. Alex explains how he tried many different shapes and things to alter the sound of the headphones – different kinds of wood for the earcups, different earpads, poking holes in the driver covers and so on. Until he found what he calls “the platonic ideal of a frequency response” – the ideal tuning to aim for and which he tried to reach with his headphones. “I’ve always been fairly practical. In the last couple of years I realised this is engineering stuff, industrial design stuff. But it never really occurred to me that this is something I would do. It’s funny.” And that’s on top of having to do all that to tune the headphones. 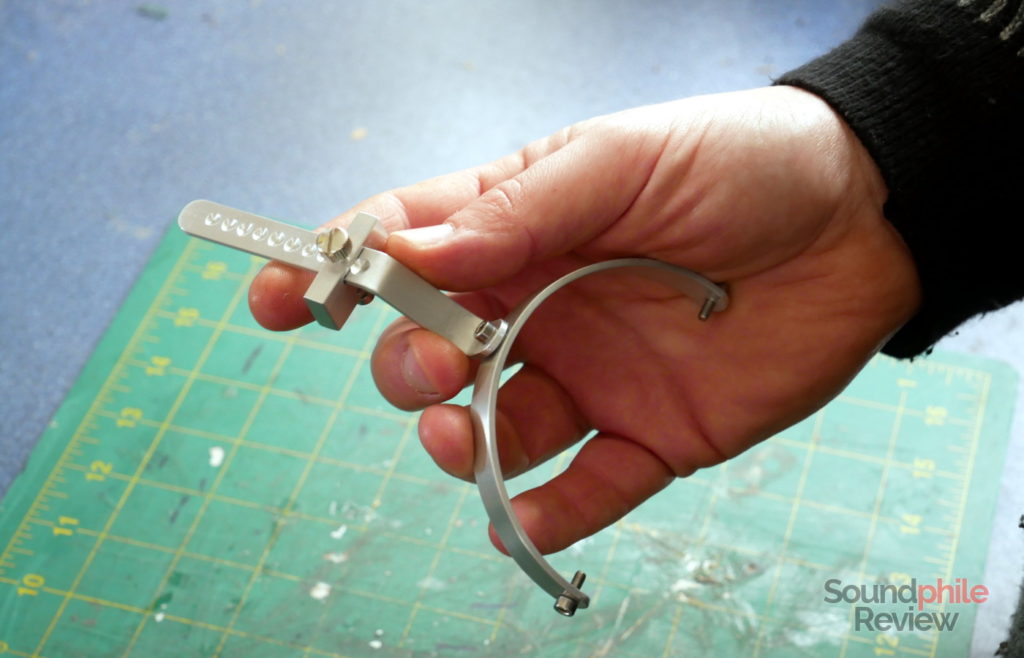 While we sip some tea, I ask Alex about his passion for music. Alex tells me he started listening to Brit pop and U2 when he was a teen, until he heard a song by the Chemical Brothers. “It was nothing like anything I’d ever heard before.” And then he discovered the Wipeout soundtrack – something that influenced myself, too, by the way. And his passion moved on from that. “I was singing in a band – in a cover band, actually – with some friends and we played some classic rock, Deep Purple, Led Zeppelin and stuff like that. That’s when I got into music and into making music. And then going from that to stuff like Aphex Twin.” But that wasn’t when he became an audiophile. That was when he found an abandoned pair of speakers: those were bookshelf speakers used by the BBC. He then went on to replace them with other speakers, only to then have to move to headphones as the family grew and his music tastes (and needs when composing music) conflicted with that. And that brings us to the start of this journey once again. 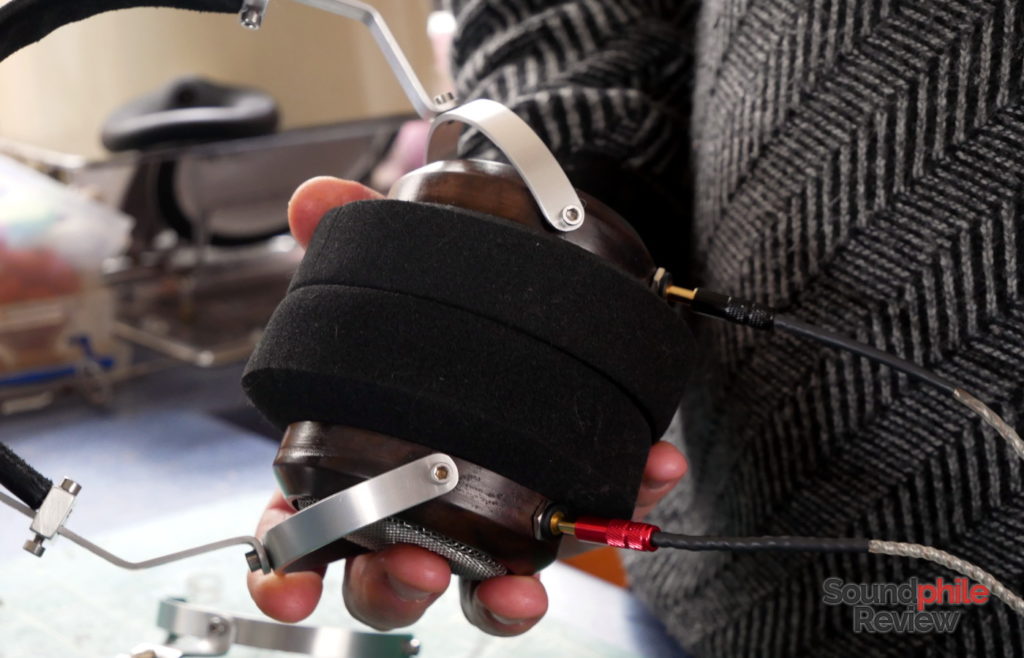 By the time the tale ends, rain has stopped. We take a few steps outside and shoot a few pictures. Alex then takes me to the subway once again so that I can start my journey back – and start another kind of journey, as he lends me a pair of his headphones to try. The Sun is shining on Watford while I say goodbye to Alex.

KEF LSX review: it’s all there