In the scorching heat that has taken the world by (fire)storm this year, Milan has been much more liveable than previous years up until two weeks ago, when temperatures spiked to 35 °C and beyond from the previous 30 °C. With high humidity levels (60% and more), it feels like hell. Despite this, I keep on working on reviews and new content – so here’s a new Headphones in Pictures episode for you, this time starring four products by Venture Electronics: the Zen 2.0 Omega Edition, the Zen Lite, the Zen LL and the amplifier RunAbout 2.0bl.

Of course the heat takes its toll, and it does so in the form of slowing down my work. But I’m happy I’m able to keep on writing, albeit at a slower rate. Luckily it seems a few thunderstorms are approaching and they should bring some much-needed fresh air. Autumn is not far, thankfully!

The Venture Electronics Zen 2.0 Omega Edition, or ZOE for short, is the new form of the famous flagship by the company – it is the same earbud as before, but it has a 2-pin connector to enable you to swap cables. This is also the first Zen-series earbud I try, almost exactly a year after trying the whole set of other earbuds. My first impression is quite positive, as the sound signature is balanced with a warm tilt. It has the same fit as the other earbuds as it uses the same MX500 shells; the only difference is the cut-out that makes room for the 2-pin socket.

Soundwise, it is the most elaborate and detailed earbud model from VE and it really deserves its placement on the top of their line-up. It is mostly balanced, with a bit of warmth and added presence in the mid-bass and lower mids region which is quite unobtrusive. They’re extremely capable on the technical front, with superb instrument separation and exceptional clarity.

The Venture Electronics Zen Lite, on the other hand, is the flagship in the “Lite” series which includes the Monk Lite so far. The new series uses a different shell, which is smaller and more modern-looking than previous ones. They keep the same impedance but that’s about it – everything else is different, including the sound signature and the technical ability. They are definitely warmer and have much more bass and sub-bass than the “full-size” Zen. 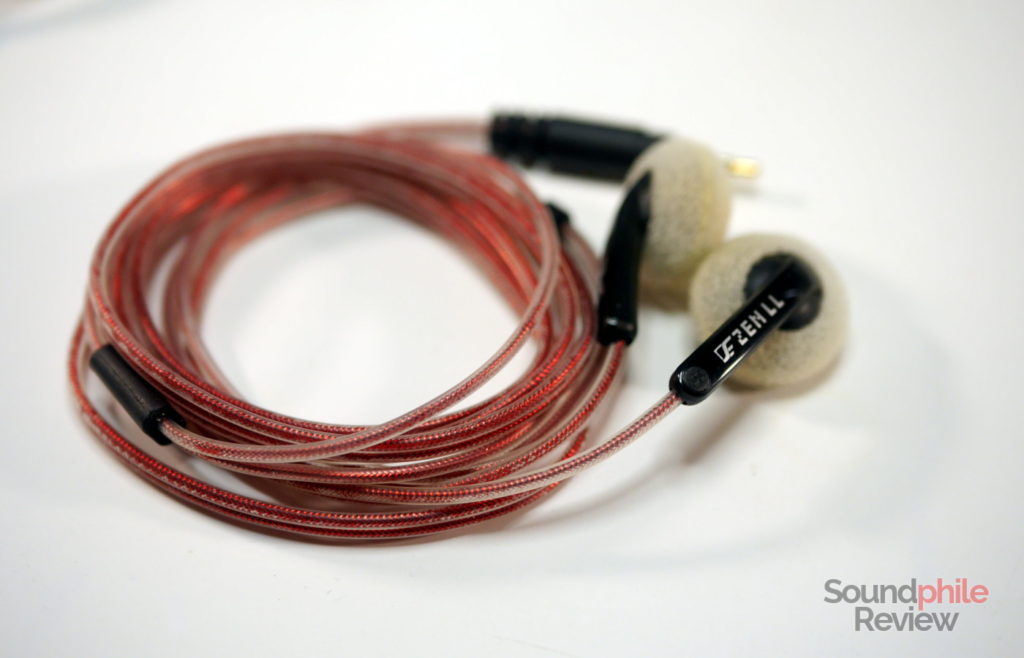 The Zen LL are and even more scaled-down version, with lower impedance and higher sensitivity. They are more like an Asura 2.0 from this point of view, as they also share the 150 Ω impedance rate with the Asura, but they sound more like the Zen and aim to be a super-scaled down version of the Zen or those who like their sound signature but want to drive it with DAPs or other equipment which does not offer enough power to properly drive the Zen. They are also only sold with amplifiers: Lee includes them as a gift with his amplifiers in the RunAbout series.

Comparing the Zen Lite and Zen LL, the Zen Lite come out as the more full-bodied of the two. This makes it a bit darker, but the better sub-bass extension lends it more punch and immersivity (is that even a word?). The Zen LL are more sparkling and remind me more of the Asura 2.0s. They’re quite different, but my first impression is that they’re both very capable earbuds.

Speaking of which, the RunAbout 2.0bl is the most affordable amplifier with balanced output (2.5 mm TRRS) in Venture Electronics’ line-up. It is the same size as the RunAbout Plus but it has an additional input and output ports and a switch on the back to select whether the input is balanced or not. It is a nifty device which I’ve come to love in the past few weeks I’ve been using it – it has everything one would want, including lots of power that is more than enough to drive even demanding headphones such as the HiFiMAN HE-560.

As I never tried any Zen-series earbuds before I was very curious about them. My expectations were quite high and I have to admit I’m not disappointed so far. All three are competent products. The RunAbout is really lovely and will probably stay on my desk for the foreseeable future as a benchmark.

I’m going to publish the reviews in the coming days, so stay tuned for more content!