Many Chinese manufacturers these days seem to just hit the keyboard and stick with whatever silly name comes out of that. PMV, KZ, TRN, FAAEAL, BGVP and now even BQEYZ. Whatever the reason for this name is, they have been churning out multi-driver earphones with a character. The BQEYZ KC2 is, however, nothing new – it’s basically a BQEYZ K2 with a new faceplate.

Disclaimer: I received this free sample from AK Audio. They sell the K2 on AliExpress at ~$50. 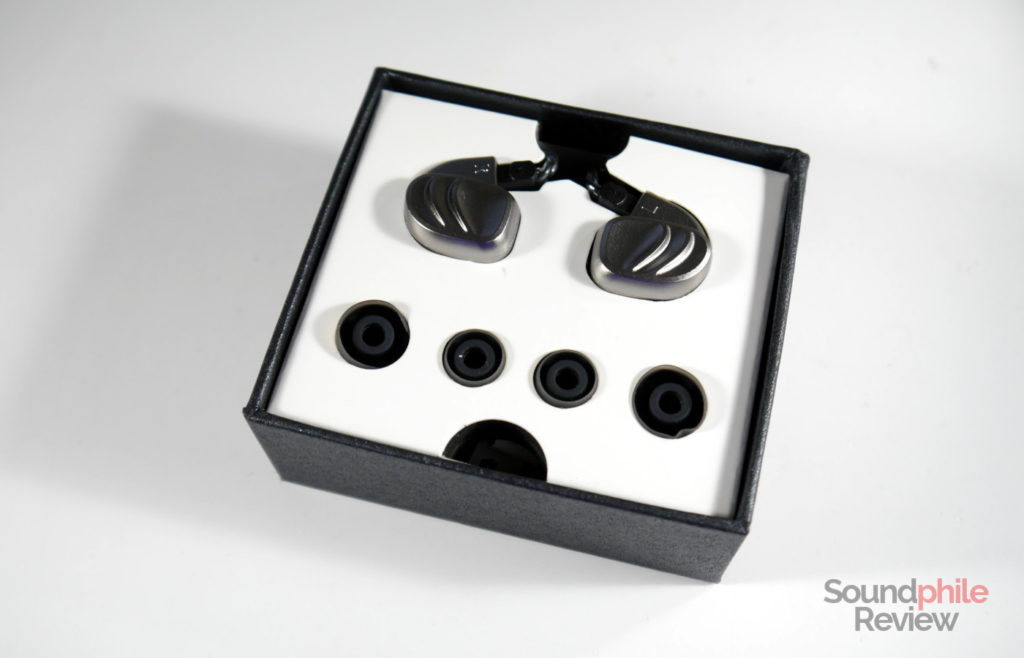 The BQEYZ KC2 only comes with three pairs of silicone eartips and a cable, which is fairly average at this price point.

Everything that applies to the BQEYZ K2 applies to the BQEYZ KC2, too, so there’s not much more to say – with one exception. The faceplate is in fact one of the most original I’ve seen to date, with those protruding fins that give it a really unique look. It’s certainly refreshing, though a shrink would have benefited the earphones more than a new faceplate.

I tested the BQEYZ KC2 using a Topping NX4 DSD sourcing music from an xDuoo X10T-II, which had FLAC files in standard resolution on a microSD.

The BQEYZ KC2 use the same configuration the BQEYZ K2 do – they are identical, to the point the company uses the same marketing materials. Inside the shells are two dynamic drivers, one 10 mm and one 6 mm, and two balanced armatures. This is the same setup of the K2, and it produces the same effects. This is why I won’t analyse the KC2 as a stand-alone product, instead suggesting you to read the BQEYZ K2 review.

As the BQEYZ K2 is a nice IEM, the facelift applied to get the KC2 is one that I actually like, although it does not fix the issues the K2 has. Its design is definitely more original, so it’s up to you to decide which version you find the most attractive. You will find the same pros, such as a balanced and relaxing sound, but also the same cons, such as huge shells that become uncomfortable after a few minutes.