A few days ago I went to an event held in Milan by Sony Italy to showcase the newest products in the OLED market and in the personal audio segment. There were a few different products on display, but they all revolved around the gorgeous 65-inches Sony BRAVIA OLED A1 TV set.

The BRAVIA OLED A1, which you can see in the opening picture, was the first thing I noticed upon entering the showroom – and for good reason. I have to admit I am not an expert when it comes to TVs and therefore my judgement may not reflect that of an expert, but I was stunned by both the image quality and the audio of the device. As for the audio part, the BRAVIA OLED A1 is akin to a big planar speaker, as it uses four exciters to move the OLED panel as if it was a membrane that produces sound. The effect is impressive both in terms of quality and volume; although you won’t be listening to music with that, it’s still comparable to (if not better than) the usual dynamic drivers used on other TVs. Bass is produced by a subwoofer hidden inside the kickstand. 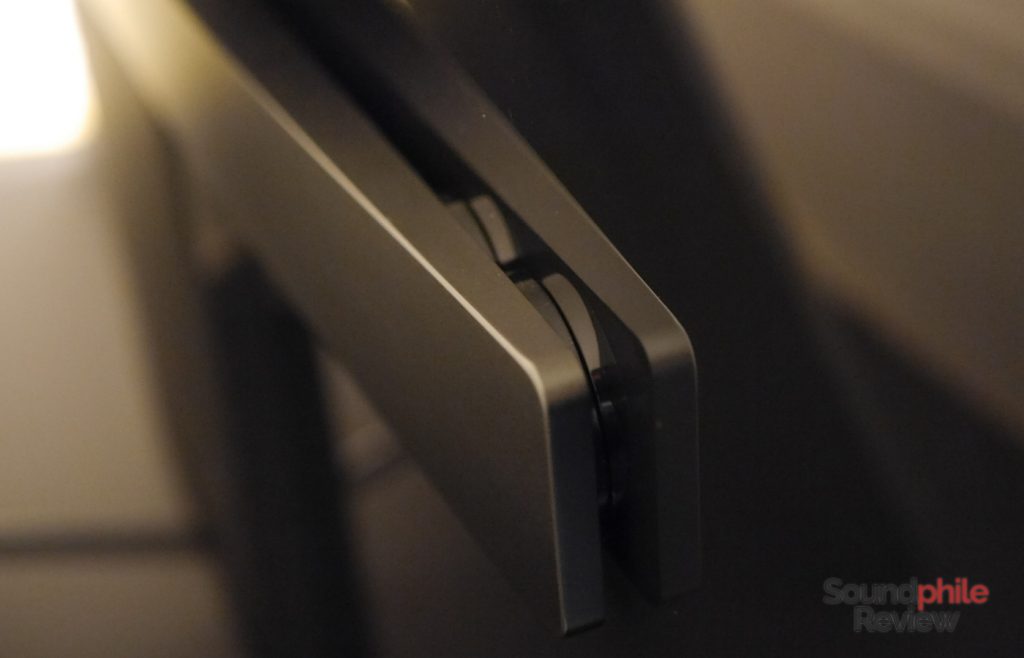 That’s the kind of innovation that I want to see. Smart TVs have been all the rage in recent years, but they’re nothing more than traditional TVs with a computer embedded in them – not really innovation, if you ask me. Changing the way sound is produced on a TV is a whole different story and one that is interesting to listen to (pun intended!).

Besides the OLED TV, Sony showed their new SRS-XB series portable speakers, which come as a refinement over the speakers I saw back in October. The new units range from the ultra-portable SRS-XB10 to the top-of-the-line SRS-XB40 which is fairly large and powerful. The XB10 is a cylindrical unit made for travelling and it could easily fit in any bag or purse. The SRS-XB10 is a coloured parallelepiped with two drivers, while the SRS-XB30 and SBS-XB40 are larger and also have a bass radiator. They’re all equipped with Bluetooth and NFC, they’re water resistant (IPX4 certification) and come with a 16+ hours battery life. Starting from the SRS-XB20 they also sport “party chain” connectivity and lights for those night parties.

Sony brought three different headphones to the show: the MDR-XB550AP, the MDR-XB950B1 and the NW-WS620. The latter is an all-in-one MP3 player with 16GB internal memory and waterproofing disguised as a pair of sports headphones; they can also act as headphones thanks to the Bluetooth connection. They’re an interesting product for sport aficionados and they appear, at least on a theoretical plan, as more compelling than sports earphones such as the Creative Outlier Sports or the Xiaomi Mi Sports Bluetooth Headset.

The MDR-XB550AP and the MDR-XB950B1 are good headphones for the masses, if they can correctly pronounce their names. They’re bassy over-ear headphones (the “XB” in their names stands for “eXtra Bass”) that target young people looking for headphones that are a fashion statement in addition to a device that you listen to music with.